More woe for rugby league as rising star Sam Gerrey-Burgess is accused of kidnapping a man and assaulting him for hours to get $10,000 from him

A rising footy star once known as the ‘other Sam Burgess’ has been charged with kidnapping and assaulting a man for several hours in a bid to extract $10,000 from him.

The 25-year-old rugby league centre is one of three men who are accused of terrorising a man in an apartment near the Sydney Harbour Bridge a fortnight ago.

Gerrey-Burgess is accused of inflicting actual bodily harm on a 35-year-old man in an apartment at Milsons Point, on Sydney’s Lower North Shore, on February 20.

His alleged victim had to be treated for facial and chest injuries and Royal North Shore Hospital.

The former Rabbitohs player, who lives at Carringah in Sydney’s south, appeared briefly in Sutherland Local Court on Friday and did not apply for bail.

He was arrested shortly after 3pm on Thursday and charged with two counts of detaining someone to get an advantage, causing actual bodily harm, and possessing a prescribed restricted substance. 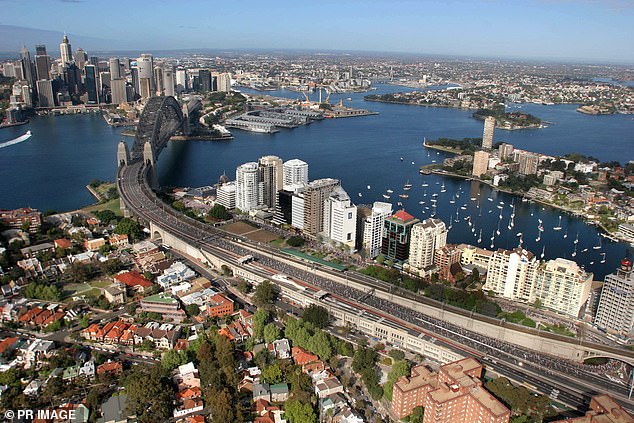 The latest accusation caps off an off-season blighted by scandal for the National Rugby League, which saw St George Dragons lock Jack de Belin charged with allegedly pinning down and raping a 19-year-old girl.

The 27-year-old New South Wales State Of Origin star was stood down from his $600,000-a-year contract on Thursday, as he vows to fight the charges in court.

Gerrey-Burgess’s court appearance on Friday came a day after the NRL launched its 2019 season at the Bondi Icebergs pool.

He was once known as a ‘the other Sam Burgess’ for having the same name as the Rabbitoh’s 2014 Grand Final hero try scorer.

The NSW Police Force on Thursday also arrested another man, 32, who lived at Milsons Point and another male, 22, from Botany.

They were both charged with detaining someone in company to get an advantage and causing actual bodily harm, and were also refused bail.