Race to find F-35 stealth jet that crashed and sank to 5,000ft in sea off Japan

Race to find F-35 stealth jet that crashed and sank to 5,000ft in sea off Japan amid fears China or Russia will get there first and plunder its secrets

The US military is desperately trying to recover the wreckage of a Japanese F-35A stealth fighter which crashed over the Pacific yesterday amid fears China and Russia could beat them to it.

Parts of the tail of the world’s most sophisticated stealth jet have already been found after it disappeared off the radar 85 miles east of Misawa, Japan during a training mission.

Eight ships and seven aircraft,including a U.S. Navy P-8 Orion maritime patrol plane, are looking for traces of the jet that is believed to have sunk to 5,000ft. The pilot of the aircraft is still missing.

But experts today warned that Russia and China could also be trying to get their hands on the aircraft to discover its secrets.

Tom Moore, a former senior professional staff member at the U.S. Senate Foreign Relations Committee, tweeted: ‘There is no price too high in this world for China and Russia to pay to get Japan’s missing F-35, if they can. Big deal.’

Experts have warned that the jet could contain technologies that Russia and China would be able to steal. Pictured: Japan’s Coast Guard searching for the rest of the wreckage 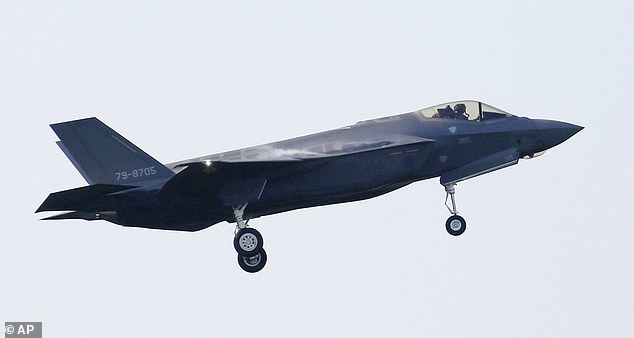 A Japanese Air Force F-35A stealth jet taking off at the Misawa Air Base, where the crashed jet was stationed before Tuesday’s crash

‘Bottom line is that it would not be good,’ retired US Air Force Lt. Gen. David Deptula told Business Insider.

Unit cost (not including engine):

It is believed Russia and China could be using their advanced submarines to scour the ocean floor in search of the jet in order to steal vital technology on board.

And experts have warned that parts of the jet could easily be replicated if they do recover the wreckage before US or Japanese search teams.

‘The usefulness for Russia or China of recovering some or all of the wreckage would depend on how much damage the aircraft sustained upon hitting the water,’ Justin Bronk, an combat aviation expert at the Royal United Services Institute, told Business Insider.

‘The general shape of the jet is well known, as are its performance characteristics so not much to gain there but parts of radar and other sensors would be prime targets for recover and testing/even attempts at reverse engineering.’

There was no word yet on the fate of the one pilot and a large chunk of the plane remains missing, Japanese Defence Minister Takeshi Iwaya said.

‘We have collected part of its tail’ in search operations at sea with planes and vessels, Iwaya told reporters.  ‘We believe it crashed,’ he added. 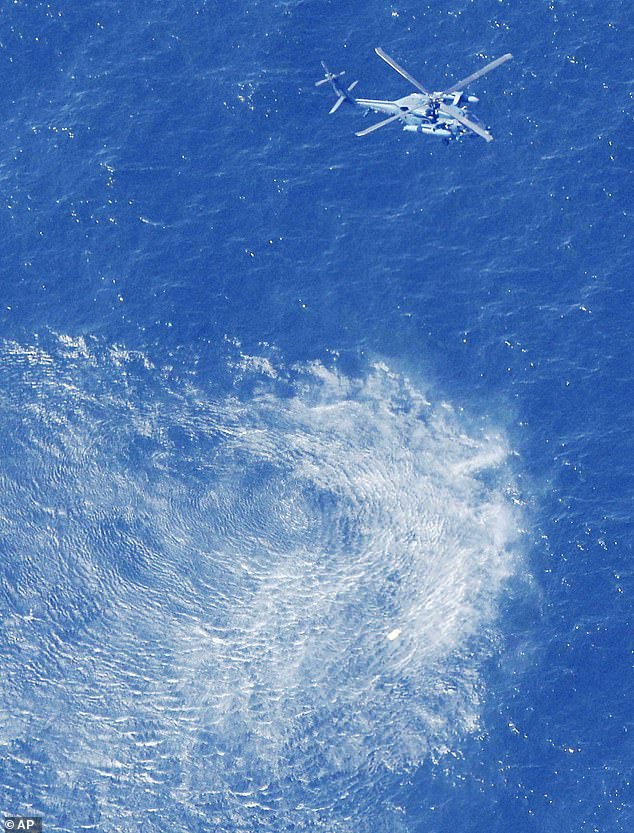 The aircraft, less than one-year-old, was the first F-35 to be assembled in Japan and was only in the air for 28 minutes on Tuesday, a defence official said.

It was at the front of a group of four planes out for training manoeuvres when it sent an ‘aborting practice’ signal and then disappeared from the radar, Defence Minister Takeshi Iwaya told reporters.

THE PROBLEMS PLAGUING THE F35

The F-35 crash in the Pacific represents the first ever such opportunity for Russia and China to hunt for one of the planes as the jet has only crashed once before, and that time was on US soil.

A U.S. military short take off and landing (STOVL) F-35B crashed near the Marine Corps Air Station Beaufort in South Carolina in September prompting a temporary grounding of the aircraft.

Lockheed Martin, which manufactures the aircraft, said it was standing by to support the Japanese Air Self Defense Force as needed. The Pentagon said it was monitoring the situation.

Japan started deploying the expensive U.S.-made F-35s since last year, part of its plan to bolster its defense spending and weapons capability in the coming years to counter potential threats from North Korea and China.

The F-35 is the first to combine radar-evading stealth technology with supersonic speeds and the ability to conduct short take-offs and vertical landings.

It has the ability to operate from land and sea and has previously been hailed as a huge leap forward in aerospace technology.