Rachael Finch celebrated Australia Day by hitting the beach for a summer swim.

The model and fitness influencer, 34, showed off her taut physique in a flattering brown bikini at Coogee Beach.

Rachael was joined by her husband, dancer Michael Miziner, and their children, Dominic, three, and daughter Violet, seven.

The couple looked very much in love as they held hands on the shore and waded through the water together.

Earlier this month, Rachael took to Instagram to share a gushing tribute to her husband as they celebrated their nine year wedding anniversary.

‘The best decision I ever made in my life is you. 9 years married, 12 together, feels like 5 minutes,’ she captioned a photo of the couple looking as loved-up as ever. 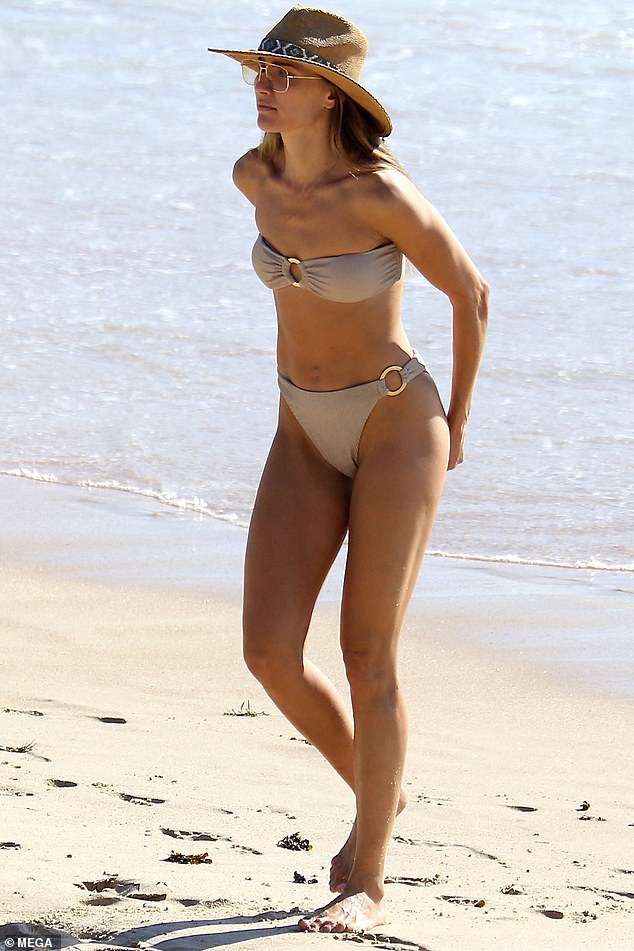 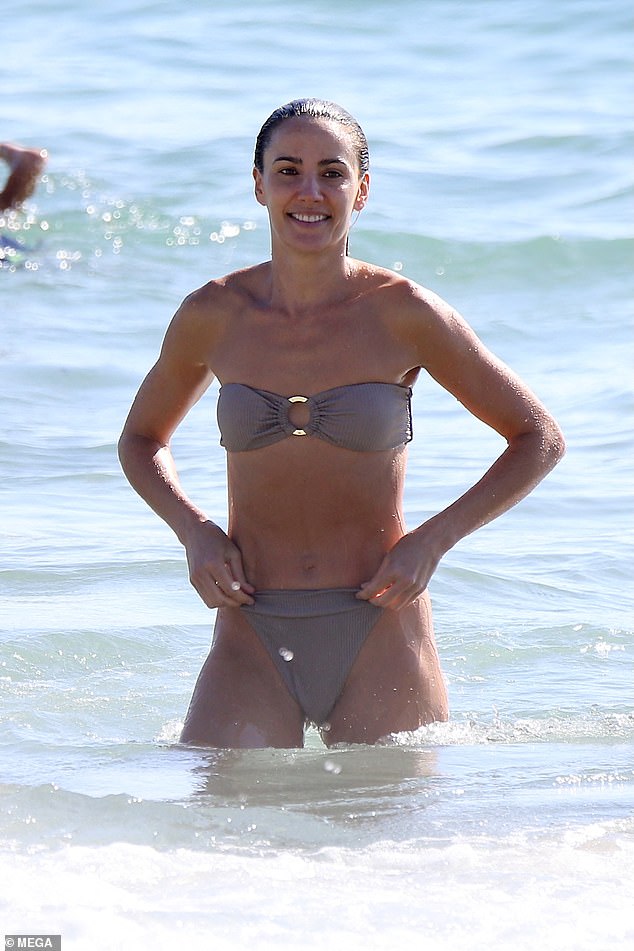 Rachael shared a photo of the couple ringing in the new year alongside their two children Dominic, three, and daughter Violet, seven.

The former Miss Universe Australia recently told fans that compromise and communication are key for a successful marriage.

‘What are ways to create and support a happy marriage?’ one fan asked Rachael.

She explained: ‘Work together, learn to compromise, communicate, continue to evolve as a couple, take time out for just the two of you, to keep an open mind and find fun in every day.’ 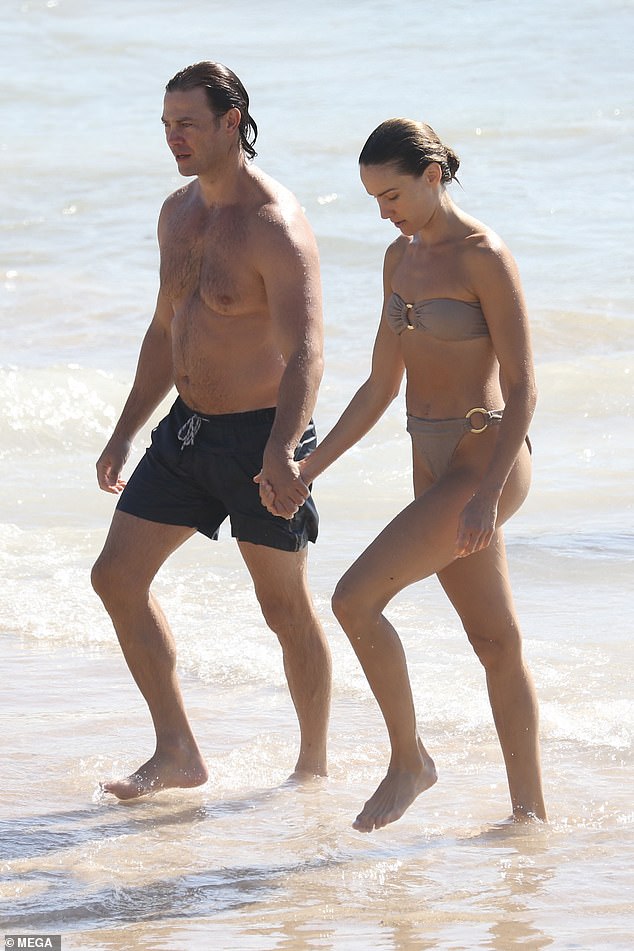 Rachael was joined by her husband, dancer Michael Miziner, and their children, Dominic, three, and daughter Violet, seven 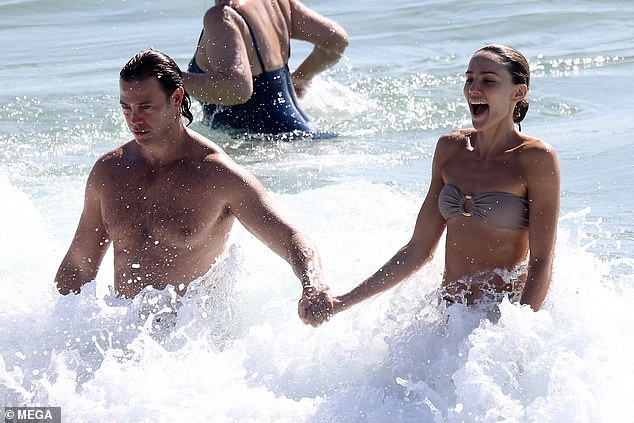 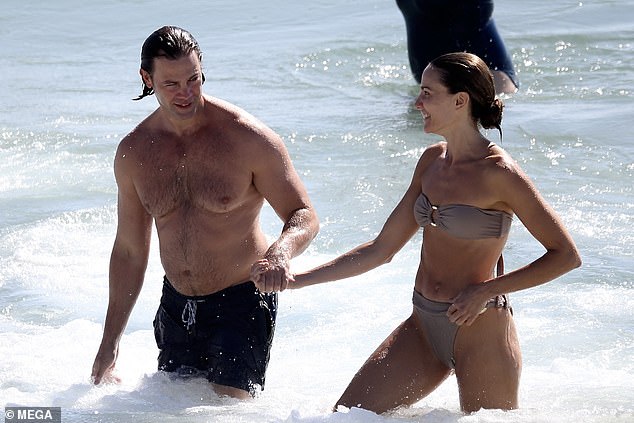 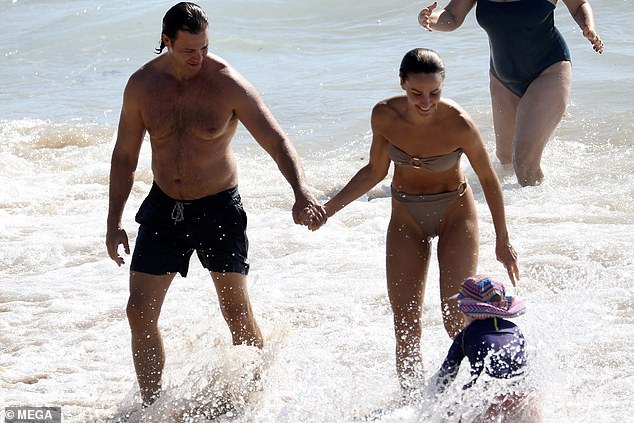 Rachael met her husband Michael on the 2010 season of Dancing With The Stars – he was her dance partner, and she a contestant.

The couple, who married in 2013, now balance parenthood with a burgeoning fitness empire.

Last year, Rachael and Michael celebrated their wedding anniversary by sharing a video to Instagram in which they did a couples quiz, hosted by Rachael’s sister. 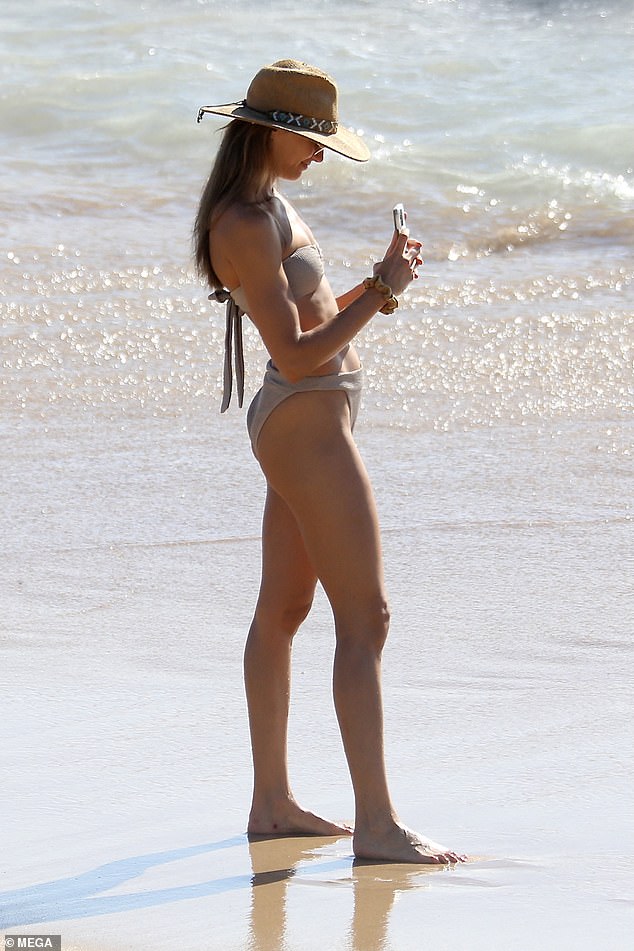 Rachael whipped out her iPhone to snap a few family photos 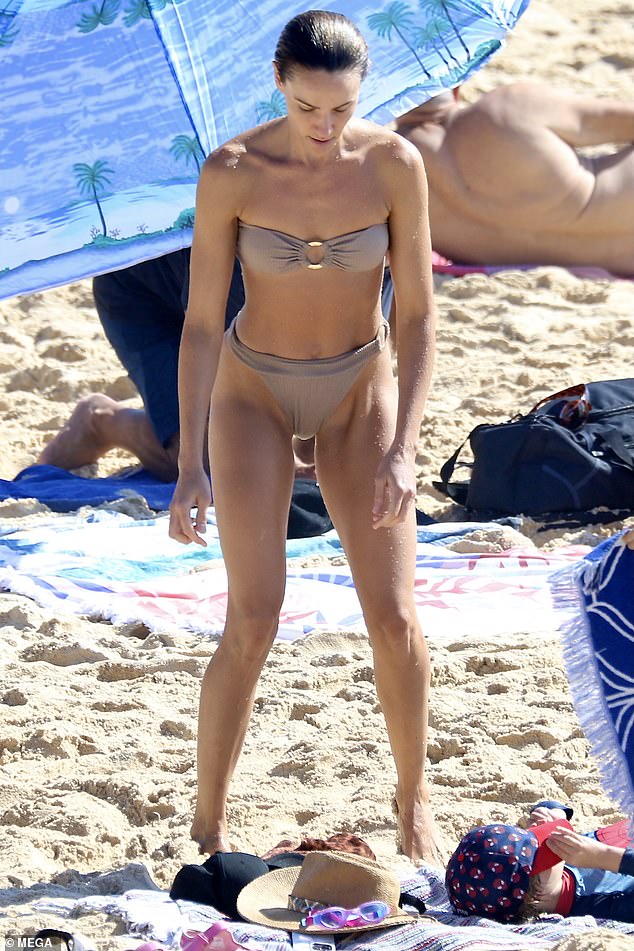 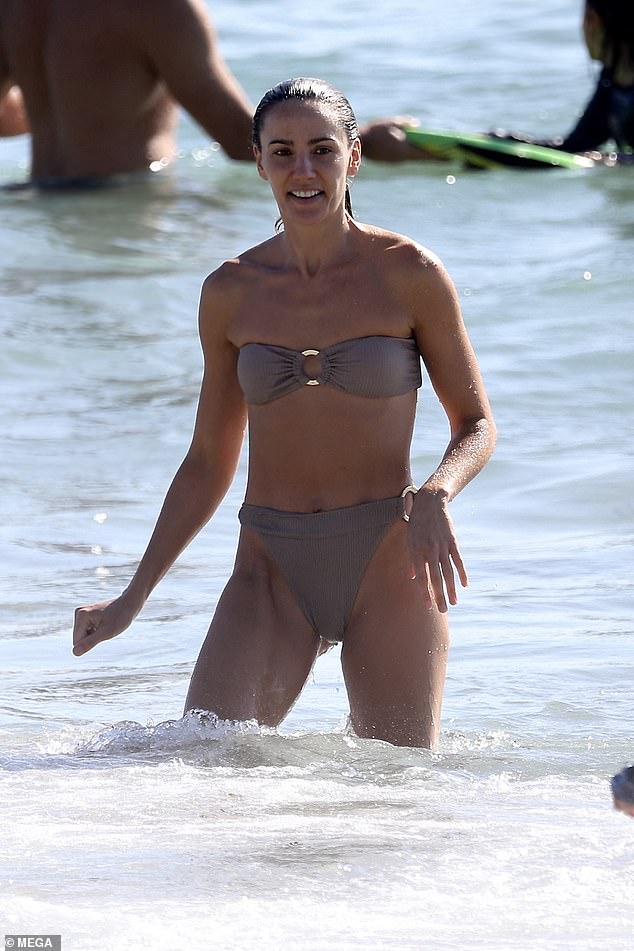 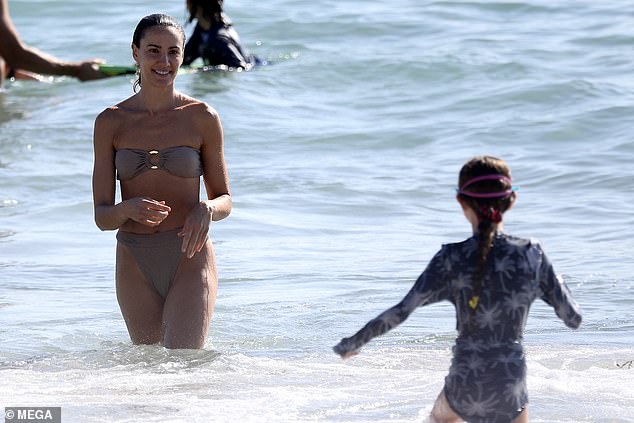 The brunette gazed adoringly at her daughter Violet in the surf

As Rachael and Michael sat on their bed, the model giggled as her sister fired off sweet questions.

Those questions included, ‘Who initiated the first kiss’ and Rachael pointed to herself to indicate it was her.

Asked who was ‘more patient’, Michael said it was him, and he also said ‘I love you’ first.

Michael likewise said he was the ‘social butterfly’ of the pair, but Rachael was more likely to get a tattoo. 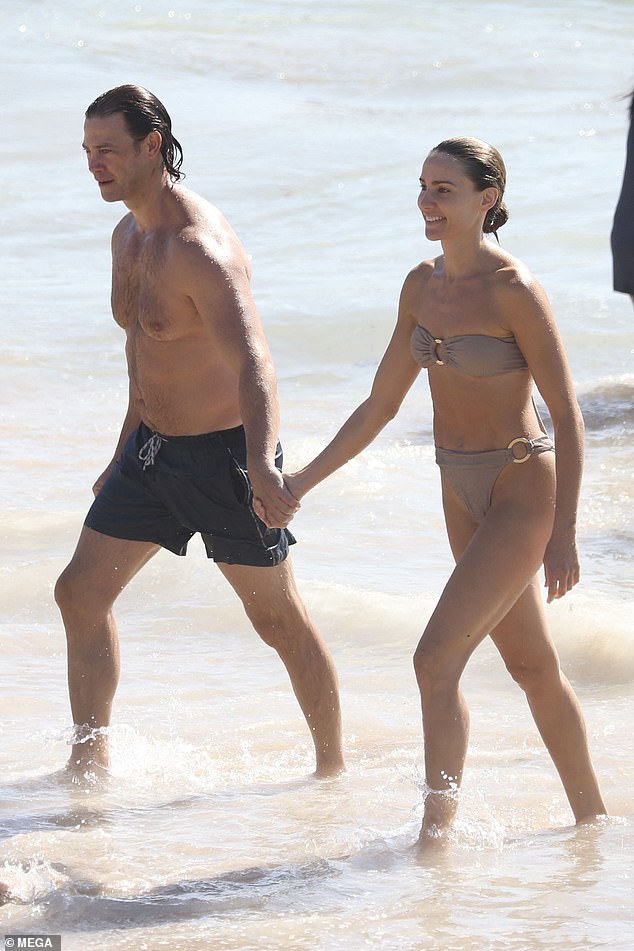