Rachel Mitchell, outside prosecutor hired for Kavanaugh hearing, says she could NOT charge him

The outside prosecutor who was hired by Senate Republicans to question Supreme Court nominee Brett Ford and his accuser Christine Blasey Ford has said she would not charge Kavanaugh if it were a criminal complaint in her jurisdiction.

Rachel Mitchell, the veteran sex crimes prosecutor from Arizona, delivered her opinion at an overnight meeting with all 51 Republican senators on Capitol Hill after Thursday’s blockbuster hearing, multiple outlets reported.

‘Mitchell spelled it out and was clear with senators that she could not take this anywhere near a courtroom,’ one source told Fox News.

Based on the evidence and information presented, Mitchell said she believed that there was not enough to criminally charge Kavanaugh – and likely not even enough to seek a search warrant. 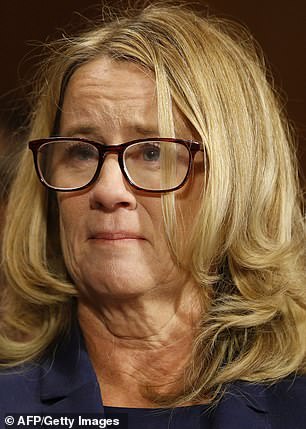 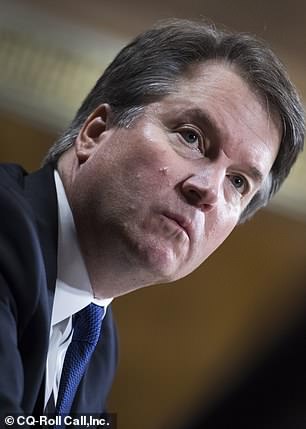 Mitchell questioned Ford (left) and Kavanaugh (right) in Thursday’s hearing, but the prosecutor’s performance was called a ‘political disaster’ by one GOP operative

Ford was widely praised for her compelling and convincing testimony in Thursday’s hearing, but the fact that she can’t name the date and location of the alleged offence makes the claim difficult to prosecute, experts say.

Ford alleged that Kavanaugh attempted to rape her in 1982, when they were both in high school, at a gathering in suburban Maryland, where there is no statute of limitations on violent felonies.

As well, the three witnesses whom Ford claims were present at the house have denied all knowledge of her claims under penalty of purjury – not to mention Kavanaugh’s forceful and often emotional denial in testimony, which stunned observers coming from the normally mild-mannered federal judge.

Mitchell’s legal opinion may have helped sway key Judiciary Committee Republican Jeff Flake, who had been on the fence but on Friday morning said he was ready to vote to recommend Kavnauagh’s nomination to the full Senate.

Flake said Kavanaugh was entitled to the ‘presumption of innocence … absent corroborating evidence.’

‘While some may argue that a different standard should apply regarding the Senate’s advice and consent responsibilities, I believe that the Constitution’s provisions of fairness and due process apply here as well,’ Flake said. ‘I will vote to confirm Judge Kavanaugh.’ 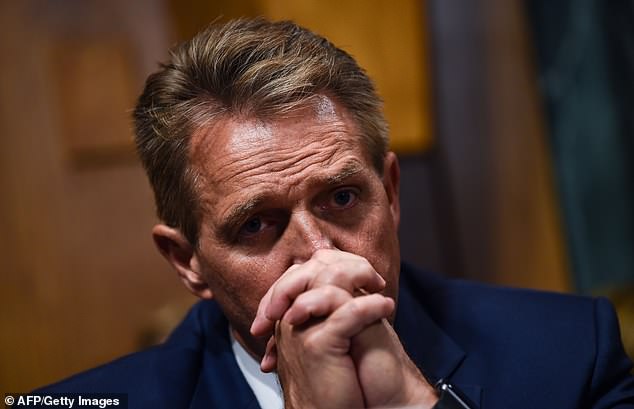 Republican Senator Jeff Flake (above) said on Friday morning that he planned to vote for Kavanaugh, after appearing to be on the fence earlier in the process

Although committee vote to recommend is not necessary in order for him to be confirmed, it is highly favorable to his prospects.

The committee recommendation vote was expected to pass on Friday, and the full Senate vote on confirmation could take place as soon as Tuesday.

Despite her reported help in assuaging Republican senators who may be on the fence, Mitchell’s performance in the hearing was panned by pundits on both sides of the aisle.

The prosecutor’s questions to Ford were viewed by many as meandering and picayune.

During Kavanaugh’s testimony, Mitchell was yanked from the process after two rounds of questions, after Republican senators clearly felt frustrated that she didn’t appear to be helping Kavanaugh’s defense. 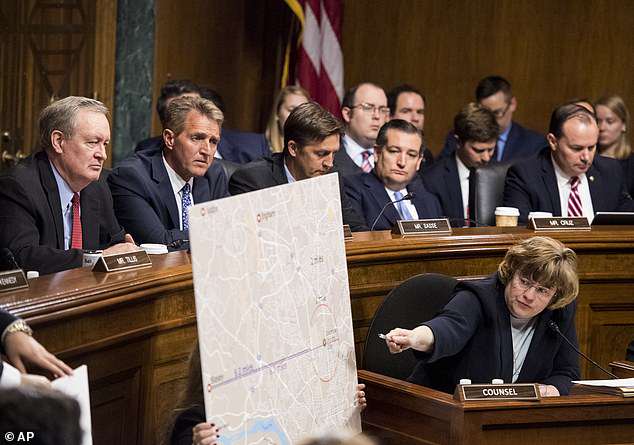 ‘Every GOP campaign strategist and Hill staffer wishes they had the button to open the trap door under Rachel Mitchell’s chair,’ former Republican campaign operative Steve Schmidt tweeted during the hearing on Thursday. ‘What a total and complete Political disaster for Republicans.’

Democrats have also blasted the decision to bring in Mitchell, with one aide to Senator Dianne Feinstein telling DailyMail.com prior to the hearing that her presence would ‘create a trial-like atmosphere’.

Mitchell, a Republican, has been a prosecutor since 1993, and leads Maricopa County’s Special Victims Division, where she oversees the prosecution of sexual offenses, child sex abuse and computer crimes against children in Arizona’s most populous county.

‘Judge Kavanaugh showed America exactly why I nominated him,’ Trump wrote in a tweet.

‘His testimony was powerful, honest, and riveting. Democrats’ search and destroy strategy is disgraceful and this process has been a total sham and effort to delay, obstruct, and resist. The Senate must vote!’