A racing pigeon has sold at auction for more than £1.4 million to a mystery Chinese buyer.

The three-year-old hen called New Kim was sold by Belgian auctioneers Pigeon Paradise (PIPA) in an online auction for 1.6 million euros on Sunday.

The sale beat the 1.25 million euros paid last year for male pigeon Armando, dubbed the Lewis Hamilton of the sport which has become highly lucrative in China.

In a frantic final half hour of bidding, two Chinese buyers using the pseudonyms Super Duper and Hitman sent the price for New Kim sky-rocketing.

The champion bird from Antwerp is likely to be used by the unnamed buyer for breeding. 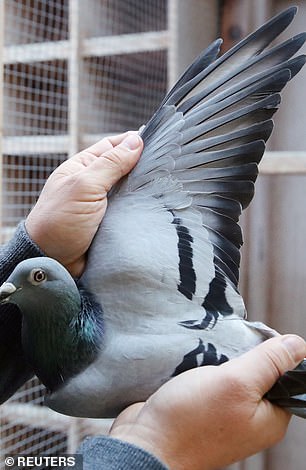 The breeder demonstrates the prowess of New Kim, a three-year-old hen who sold for £1.4 million at auction in Belgium 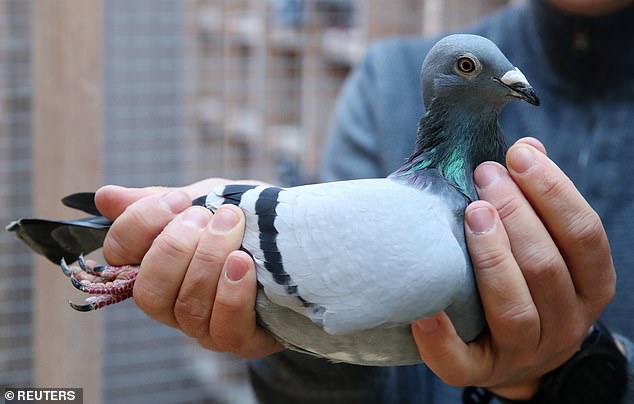 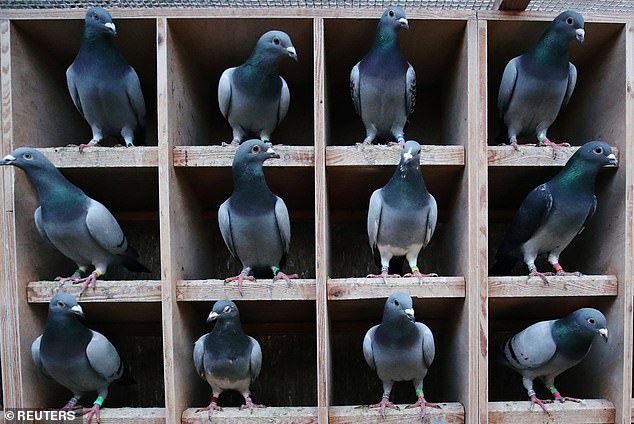 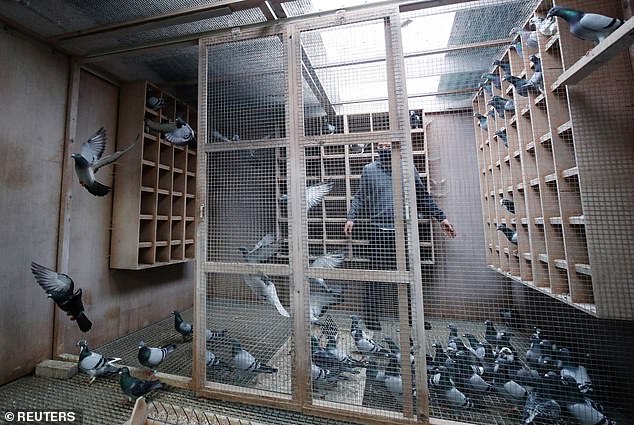 Pigeons in a coop at the auction house

‘I believe it’s a world record, there has never been an officially documented sale at such a price,’ PIPA chairman Nikolaas Gyselbrecht said. ‘I didn’t think we could reach that amount.’

Wealthy buyers from the Gulf and Asia have forced up prices for champion birds for their instinctive ability to fly hundreds of miles and find their way back home.

Pigeon fancying is rooted in Belgian and Dutch life with the tradition spreading over to northern France.

Pigeon racing for money was first recorded in China during the Ming Dynasty, from 1368 to 1644, when the birds started to be imported from Europe.

The sport had been considered in decline until auctions started showing serious prices for potential champions and proven winners. 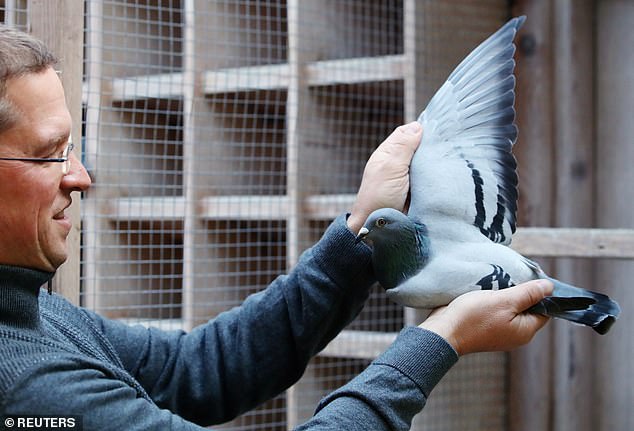 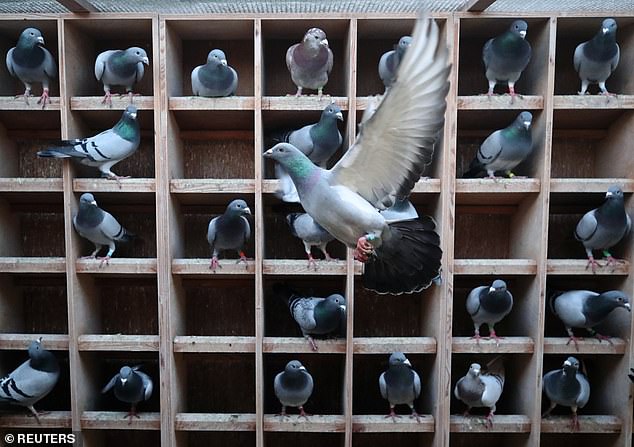 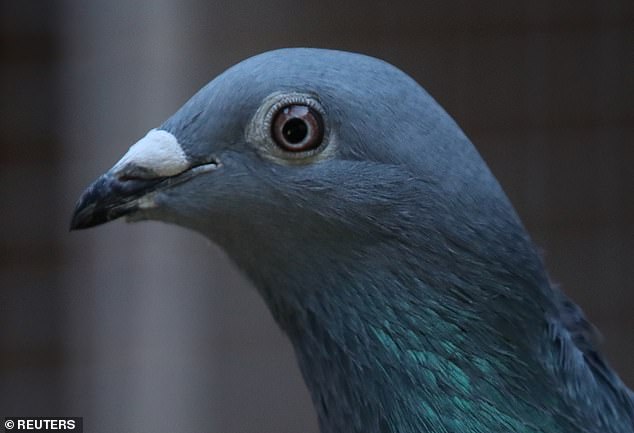 New Kim is pictured in the Belgian loft

New Kim was trained by father and son Gaston and Kurt Van De Wouwer at their world-class loft in Berlaar, near Antwerp.

They sold their entire ‘collection’ of pigeons on Sunday.

All 445 birds were put on auction and the overall sale was closing in on five million euro (£4.48 million). A second part of the auction is ending on Monday but did not include any bird that could match New Kim.

In China, pigeon fanciers pay a few yuan to enter their birds in a competition, with the most wealthy owners entering hundreds of pigeons.

The birds are driven hundreds of miles away before being released and then fly home where an electronic board registers their time on arrival.

This is known as ‘one-loft racing,’ where all of the pigeons get used to one coop for a few months so that they know where the finish line is. 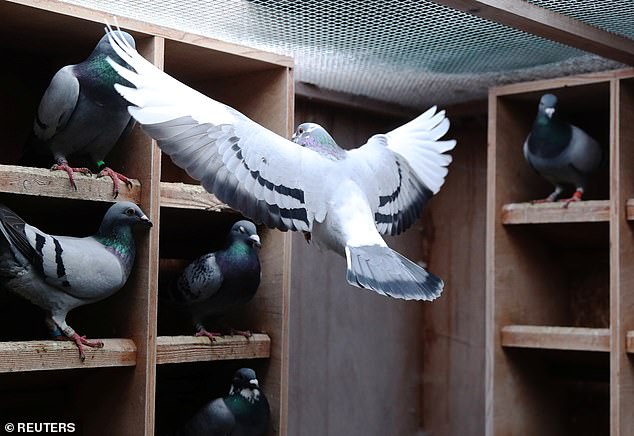 The results are announced online and the organiser pays out prize money – sometimes tens of millions – to the winners.

Belgians have long stood out as the best breeders, both because of their generations-long experience and the density of a network where many breeders can organise races close together.

‘Everybody is interested in our pigeons,’ Pascal Bodengien, head of the Belgian pigeon federation, told AP.

‘To be the best, it has to be your life’s work. For some, it may seem boring. Day in, day out. Winter and summer, always those pigeons.’