Labour MP David Lammy who spoke out against the Windrush scandal has received racist abuse in the post telling him him should ‘paddle back to n*****land and eat a banana’.

The racist card was sent to the Tottenham MP’s constituency office unsigned.

Lammy, who has a history of outing abusive trolls on social media, took to Twitter to post a photo of the card sent to him by an anonymous member of the public.

‘Whoever wrote this and sent it to my office and was too cowardly to even sign their name on it, can you at least please note that I was born in the Whittington Hospital, North London, N19.’

‘And if you think that this will scare me into silence, it won’t.’

Lammy has been outspoken on issues such as the Grenfell Tower fire and critical of the current Conservative government.

The card itself was emblazoned with the words ‘It’s Party Time’ and carried a picture of a monkey wearing a party hat a badge saying ‘Go banana’. 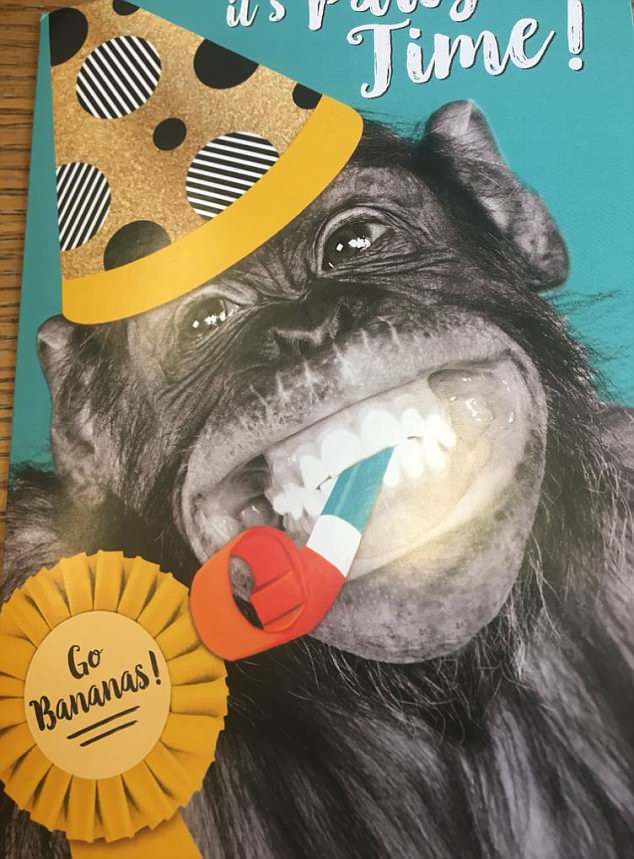 Only last month he received an abusive letter branding him ‘vile’ and telling him to ‘go back to the country of your forbears’.

This is despite him being born in north London.

The letter, sent in late April, read: ‘For God’s sake man stop your vile and obscene speeches knocking this country down.

‘Be grateful that we have taken you in as a black man and given you a life here, as we have done for all those black people who came to live here.

‘Be grateful man for the country that gave you a life and stop knocking it. Otherwise, go back to your country of your forbears and lets be rid of you.’

It added: ‘If you cannot say good about us, then go back, it’s as simple as that.’ 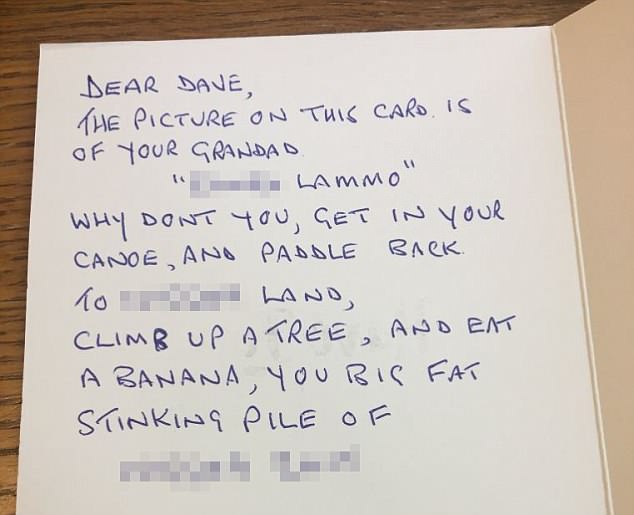 The Labour MP also tweeted out that letter, pointing out that he was born in Archway, north London.

Lammy said: ‘I have just received a letter telling me to be ‘grateful’ as a black man for all ‘we have done for those black people who came to live here’ or ‘go back to where ever you came from’.

‘I was born in the Whittington Hospital the son of Windrush migrants. And I will speak for them.’

The barrage of hate comes in the wake of the Windrush scandal which saw Amanda Rudd resign as Home Secretary.

Mr Lammy has led the condemnation of ministers for the scandal, which has seen immigrants lose their jobs, homes and pushed to the brink of suicide.

The letter was sent on April 16 – the same day Mr Lammy made a speech in the House of Commons on the fiasco branding it a ‘day of national shame’.

And he blamed Theresa May for the scandal, saying it was a direct result of her policy of introductory a ‘hostile environment’ for illegal immigrants when she was Home Secretary.