Olympic gold medalist Sir Mo Farah has been attacked by racist trolls online after he posted a message of Christmas goodwill for his followers on Instagram.

The middle distance runner who has more than 660,000 followers on Instagram posted a selfie of him wearing a Santa hat wishing a Merry Christmas.

Sir Mo, who is a practicing Muslim, was criticised by fellow Muslims for mentioning the Christian festival on his social media feed. 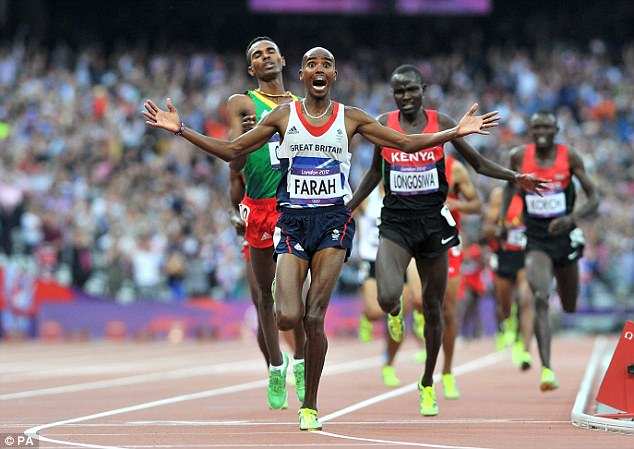 Sir Mo Farah, pictured, shared a photograph on Instagram wearing a Santa hat while wishing his thousands of followers a Merry Christmas 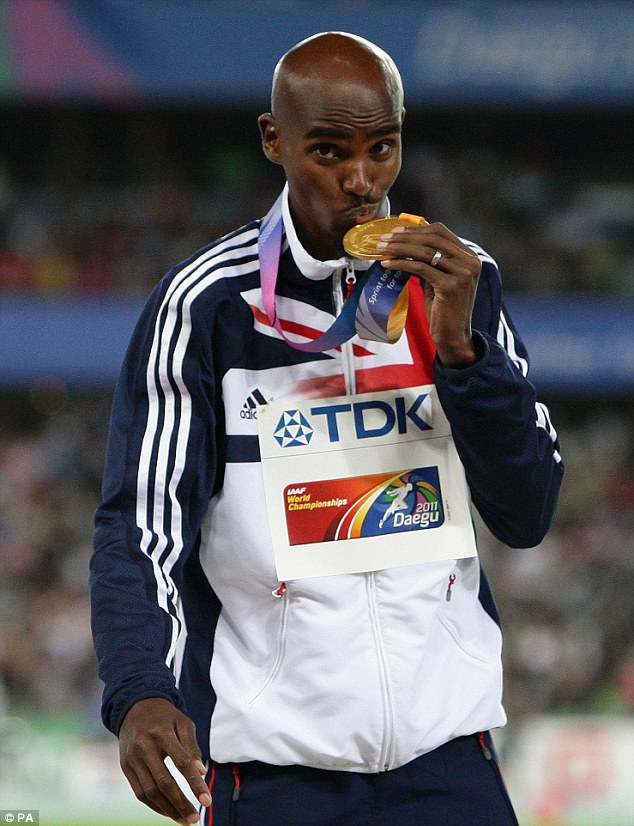 One critic wrote: ‘You are being given the name of our beloved prophet Mohamed and it is better to protect the honourable name and your religion of Islam.’

Another said: ‘The respect I had for you went way down. Shame bro.’ A third condemned the runner: ‘Are you serious? You are Muslim you cant do this , I’m sorry for you.’

However, more than 26,000 people have liked Sir Mo’s festive message.

One critic said: ‘Mohamed Farah shame on you.’

Although many people posted positive messages. One fan wrote: ‘What’s wrong with saying Merry Christmas? Not like he’s celebrating it. We have people who don’t celebrate Eid and are well known saying Eid Mubarak but that’s not a problem so why is this?’ 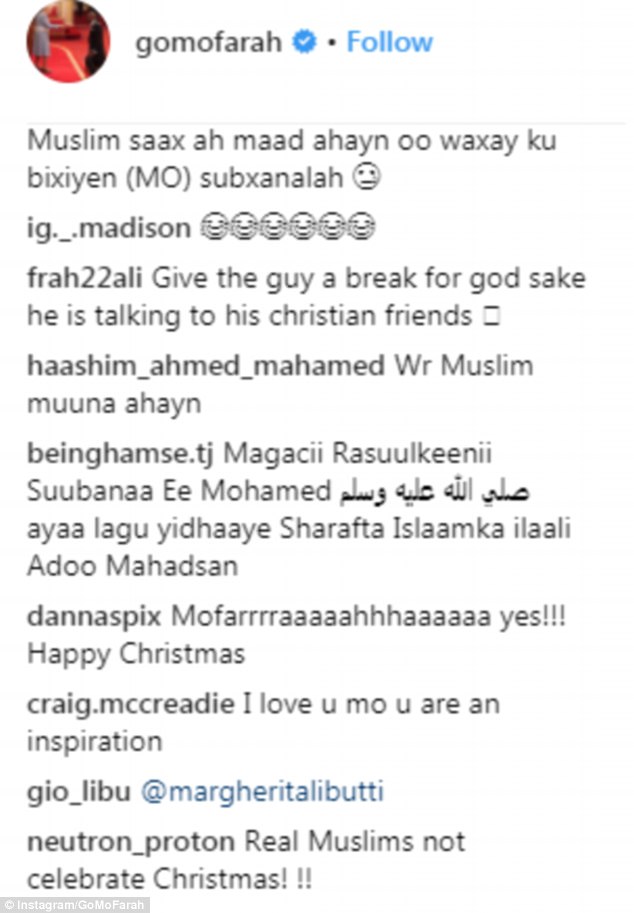 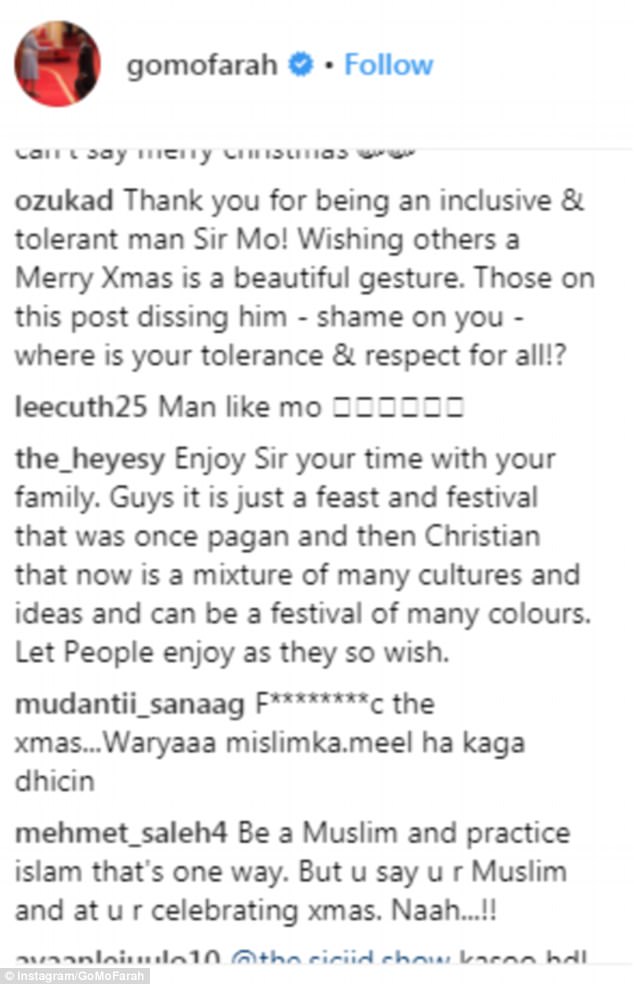