Radiant Kate Middleton dazzles in a recycled Alexander McQueen dress and £9,000 diamond necklace as she praises the ‘huge sacrifices’ made by nurses in new video message

The Duchess of Cambridge looked radiant in an Alexander McQueen dress as she praised the ‘huge sacrifices’ made by nurses in a new video message.

Kate, 39, looked perfectly polished in the tailored peplum dress – last worn in Warsaw in 2017 –  which she accessorised with a £9,000 diamond necklace from Asprey.

The Duchess, who will today join William in Scotland on the fourth day of his royal tour, recorded the video to mark the end of Nursing Now, her global three-year campaign to raise the profile of nursing. 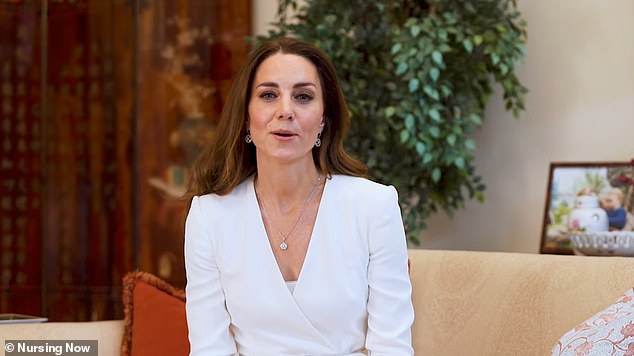 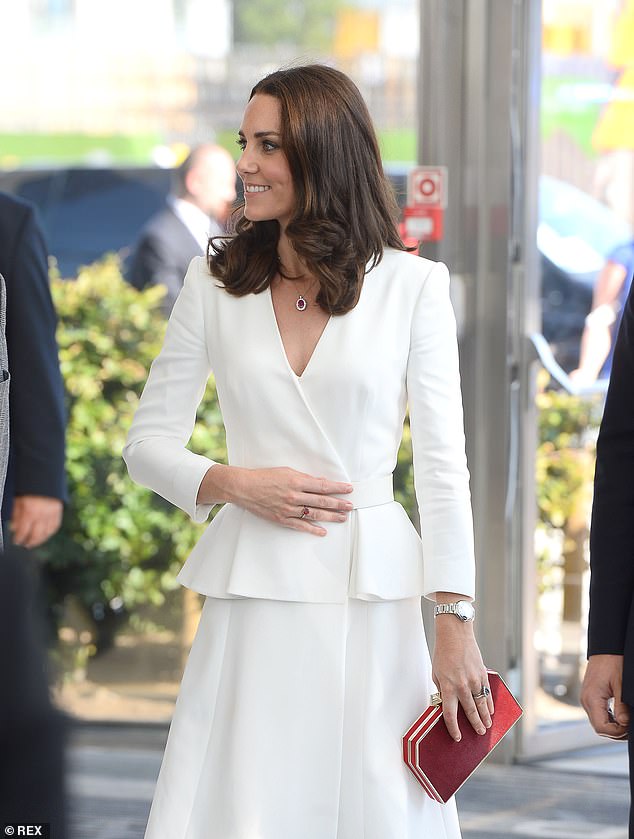 Kate, 39, looked perfectly polished in the tailored peplum dress – last worn in Warsaw in 2017 (pictured) – which she accessorised with a £9,000 diamond necklace from Asprey

The duchess, who was royal patron of the initiative, said: ‘When Nursing Now was launched in 2018, we had no way of knowing just how much the work, dedication and infinite care of nurses would be tested, needed and appreciated.

‘Covid-19 has highlighted the vital role that nurses provide which we all rely on and it’s made all the more extraordinary when we consider the huge sacrifices and personal demands that have been placed on all of you by the pandemic.

‘It has been the hardest of years and my heartfelt thanks to you and your colleagues around the world for the incredible work you do every day.’

The Duchess of Cambridge re-wore a classic Alexander McQueen peplum dress for the recording, although only the top of the outfit could be seen on camera. 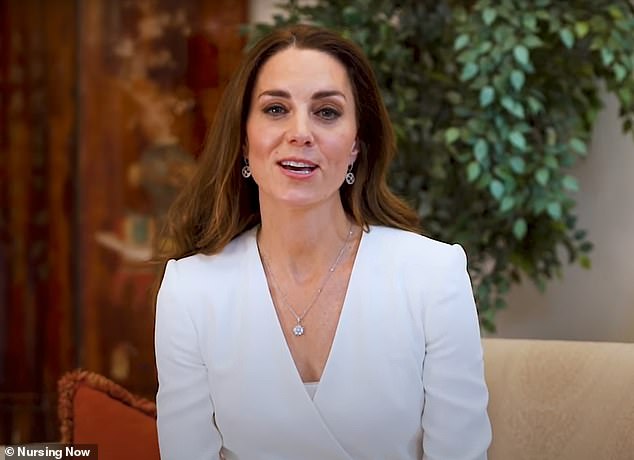 The Duchess, who will today join William in Scotland on the fourth day of his royal tour, recorded the video to mark the end of Nursing Now, her global three-year campaign to raise the profile of nursing

Kate accessorised with delicate drop earrings and the dazzling necklace, which is thought to have been a gift from Prince William on their 10th wedding anniversary this year.

Kate launched Nursing Now in 2018 at Guy’s and St Thomas’ Hospital. Earlier this month, she interviewed Ugandan community midwife Harriet Nayiga for Nursing Times magazine as part of the work to raise the profile once again.

The end of the campaign is being used to make an urgent call to governments to invest in nurses as the backbone of health systems.

Lord Nigel Crisp, Nursing Now founder, said: ‘Health services around the world have responded magnificently to the pandemic, but we will not beat Covid-19, stop the next pandemic or tackle skyrocketing rates of diabetes or heart disease unless we help nurses to work at their full potential.’

Dr Tedros Adhanom Ghebreyesus, director-general of the World Health Organisation (WHO), said Nursing Now had developed a new generation of leaders in nurses, adding: ‘As the campaign comes to an end, I urge countries to invest in nurses, so they are supported, protected, motivated and equipped to deliver safe care.’

Last year Kate year marked the International Day of the Nurse alongside Sophie, the Countess of Wessex by videocalling nurses in seven different Commonwealth countries to thank them for their work during the pandemic.

Over the last three years more than 31,000 young professionals have signed up for Nursing Now’s Nightingale Challenge, 64 Nursing Now groups have reported increased investment in nursing and there has also been an increase of nurses in leadership positions, as Chief Nursing Officers and on boards, who are able to exercise greater influence in shaping policy and service delivery