Malcolm Turnbull’s critics have called him ‘delusional’ and ‘the most selfish man in Christendom’ after he said colleagues ousted him over fears he would win the federal election.

The former Prime Minster, who was dumped by the Liberal Party in August, said in a BBC interview in the UK on Thursday that conservative MPs wanted him out because they didn’t like his relatively progressive agenda.

‘You could argue their concern was not that I would lose the election but rather that I would win it,’ he said.

But his critics jumped at the chance to savage the former Liberal leader.

‘You’d lost, Malcolm Turnbull, 40 Newspolls in a row. You didn’t have a hope in hell of winning.’

Jones’ co-host Ray Hadley said Mr Turnbull’s interview with British TV legend Andrew Neil was ‘one for Ripley’s Believe It or Not’.

‘I first heard this at 3.30 this morning. I thought I was in a dream, a bad dream, really a nightmare,’ he added.

Former Victorian premier Jeff Kennett had the most scathing insult of all.

‘He would have to be a candidate for the most selfish, self-centred human being in Christendom,’ the 71-year-old told Sunrise.

‘It is all about him. He’s just amazing, he never stops,’ Mr Kennett continued.

‘I mean, how ridiculous. How absolutely self-centred is this individual? It has been the story of his whole life. It is all about him. It is not about the country, the party that gave him the opportunity to be prime minister, it is about Malcolm.’

Mr Kennnet said Mr Turnbull was very intelligent but out of touch with voters.

Host David Koch asked him if he thought Mr Turnbull was an egomaniac and he replied: ‘Words to that effect, yes.’

‘It was madness for him to be replaced with a fourth choice leader in Scott Morrison, who only got elected Prime Minister because people disliked either Malcolm Turnbull or Peter Dutton more.

‘Since then, Scott Morrison hasn’t been able to explain why he’s the Prime Minister, rather than Malcolm Turnbull, who was elected by the Australian people. 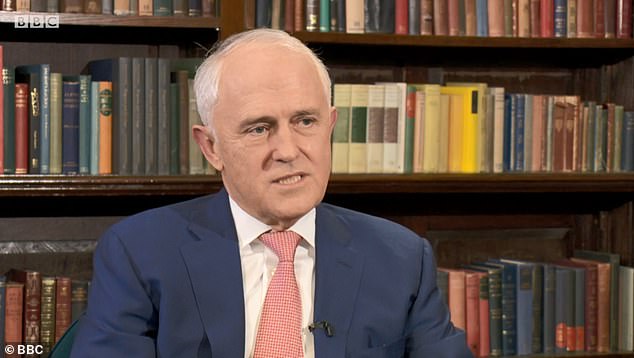 ‘And when you look at the facts, the Coalition was on 49 per cent for a couple of polls in a row, they had been increasing their primary and their two-party preferred vote, and Malcolm Turnbull had won 58 Newspolls in a row as preferred Prime Minister.

‘So it was a very strange event indeed.’

He would have to be a candidate for the most selfish, self-centred human being in Christendom

Speaking to the BBC in London, Mr Turnbull described the August coup as a ‘peculiarly Australian form of madness’.

He claimed he was removed because he was on track to beat Labor Leader Bill Shorten.

Mr Turnbull said the Liberals were just two points behind in the public polls, and ahead in internal polling of marginal seats.

The former prime minister pointed out the Liberal Party was now polling poorly compared to his own performance ahead of the August spill.

‘It still could win the election, the Liberal government, but its position is much less favourable than it was in August.’

Finance Minister Mathias Cormann, who was a key figure in the coup, described the ugly episode as ‘ancient history’.

‘We have a responsibility to give ourselves the best possible opportunity to be successful at the next election, and that is what we are all focused on,’ he told Sky News.

‘I’ve got to say there is an obsession in wanting to talk about these past historical issues,’ she told ABC radio.

‘I think we have raked over those coals quite enough in the last few months. I don’t propose to talk about it any further,’ he told the Nine Network on Friday. 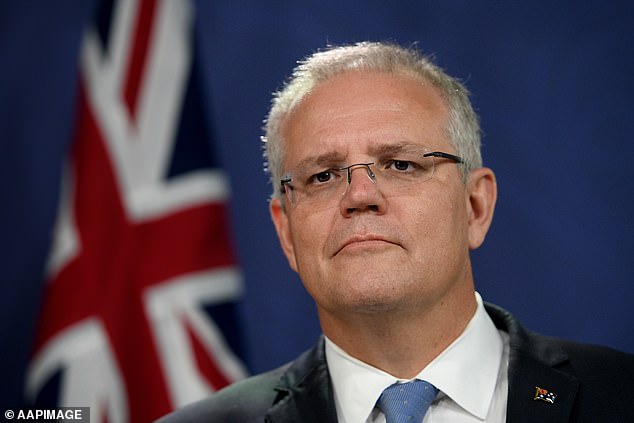