Radio host Fifi Box has given birth to her second child.

The 42-year-old announced the happy news on Wednesday morning, posting a gorgeous picture of her and her other daughter, Trixie Belle, six, cuddling the newborn, on Instagram.

‘Welcome to the world our beautiful little sweetheart Daisy Belle Box!! And just like that our perfect little family became a whole lot “perfecter”,’ she wrote in the caption.

‘Trixie and I are so hopelessly in love with Daisy, we can’t wait to build our future with her, I am the luckiest mumma to be blessed with these two precious angels.’

Fifi announced to Instagram in February that she was expecting a baby via IVF and an anonymous donor, and declared that she was filled with ‘pure joy’ over the ‘miracle’. 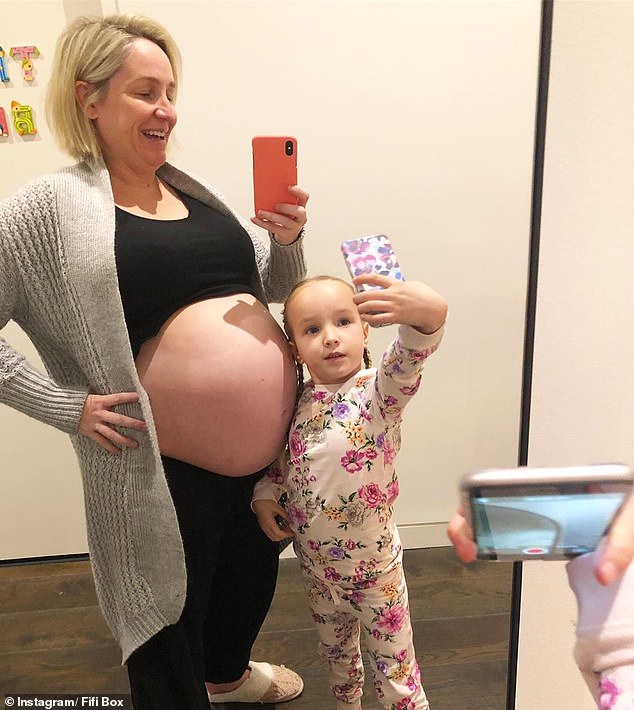 Almost time! On Monday, just days before giving birth to Daisy, Fifi posted a picture of her large baby belly on Instagram

She also posted a video of her breaking the news to her daughter Trixie, who she shares with former Ironman Grant Kenny, while they sat on the couch.

‘Fifi began: ‘Can I tell you something? You know how Mummy’s been really really sick lately… Did you know that it’s good sick? Did you know what’s in my tummy?’

After a pause, Trixie said: ‘A baby?’

Fifi squealed with delight: ‘Yes, we’re having a baby! A doctor told me. Sweetheart, there’s a for real baby in my tummy!’

She added: ‘You’re going to have a little brother or sister can you believe that?’ before letting Trixie feel her baby bump. 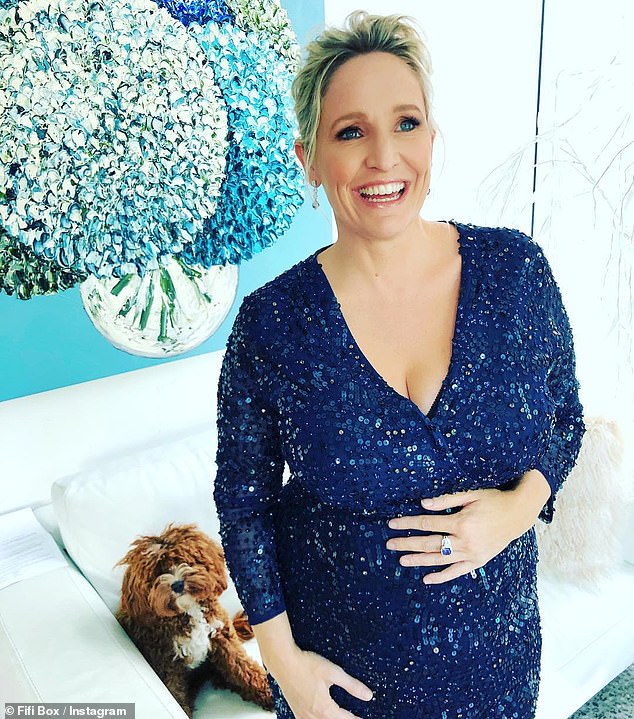 Over the moon! Fifi announced to Instagram in February that she was expecting a baby via IVF and an anonymous donor, and declared that she was filled with ‘pure joy’ over the ‘miracle’

Fifi and Grant, 56, split in 2012 after a brief romance. A few months later, Fifi gave birth to Trixie.

She did not publicly confirm that Grant was Trixie’s father until the child was three-years-old.

Fifi and Grant have remained close despite going their separate ways, with Grant regularly visiting his daughter in Melbourne.

On Monday, just days before giving birth to Daisy, Fifi posted a picture of her large baby belly on Instagram.

In the snap, she sported a black crop top and sweatpants as she stood with Trixie.

‘We’re loving some selfies tonight!’ Fifi wrote in the caption. ‘(I’ll regret this one in the morning!) Girls night.’ 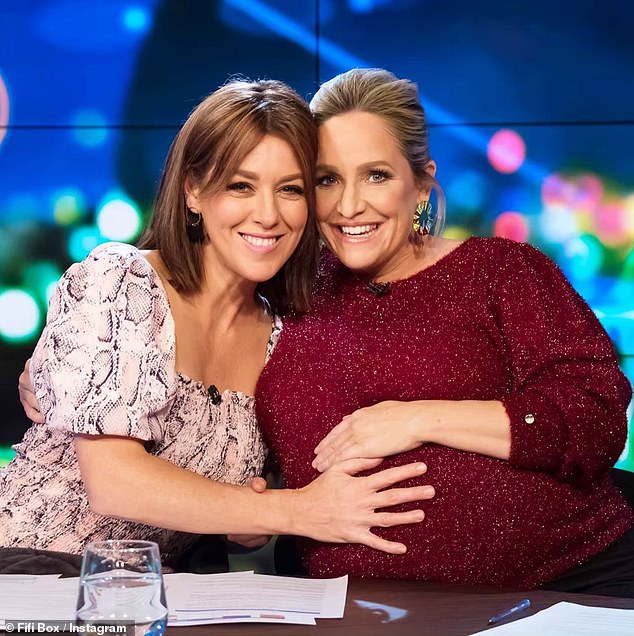 Support: The blonde beauty has been supported by her family, friends and work colleagues throughout her pregnancy. She is pictured here with her Project co-host Gorgi Coghlan earlier this month, before she went on maternity leave