Indigenous Australians Minister Linda Burney has been called out for her ‘outright lie’ after making the extraordinary claim on the ABC that the Voice to Parliament would have prevented Alice Springs’ crime wave.

Ms Burney told ABC Radio National’s Patricia Karvelas that if a Voice to Parliament had been established earlier ‘the situation in Alice Springs wouldn’t be what it is’.

When Karvelas then pressed Ms Burney on whether she or the PM had been tough enough on alcohol bans in the Northern Territory, the minister said of their flying visit: ‘The most important thing is we made enormous gains yesterday.

‘I’ve been thinking about this very deeply and it was expressed yesterday, that if the Voice to Parliament had been established previously, I don’t think we would be where we are in terms of where Alice Springs is at the moment,’ she said.

However, 2GB host Ben Fordham slammed Ms Burney comments as not only ‘disgraceful’ but an ‘outright lie’. 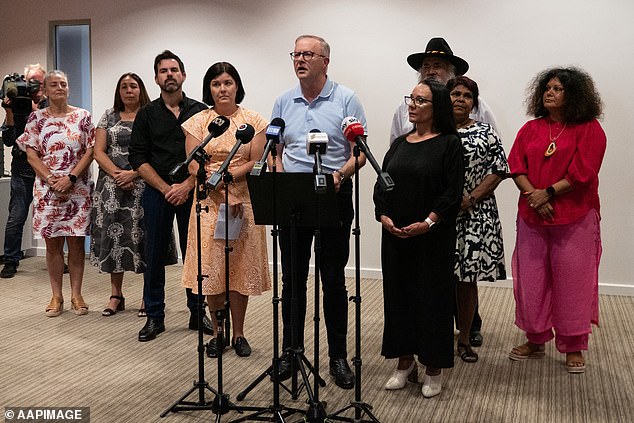 ‘Linda Burney has had a shocker. She is living in fantasy land,’ Fordham said, ‘I hope you’re not using using what’s happening in Alice Springs to build a case for the Voice, because it sure sounds like it.

‘Really I mean Linda, you don’t believe that. You’re either telling fibs or living in cuckoo land.’

He also gave Ms Burney a massive spray for her reasoning why this would be so when she said, ‘because we would have been getting practical advice  from people who are representative of the community in relation to these social issues’

Fordham: ‘Minister you’ve already had that. The people of Alice Springs have been banging  down the door pleading for your help’. 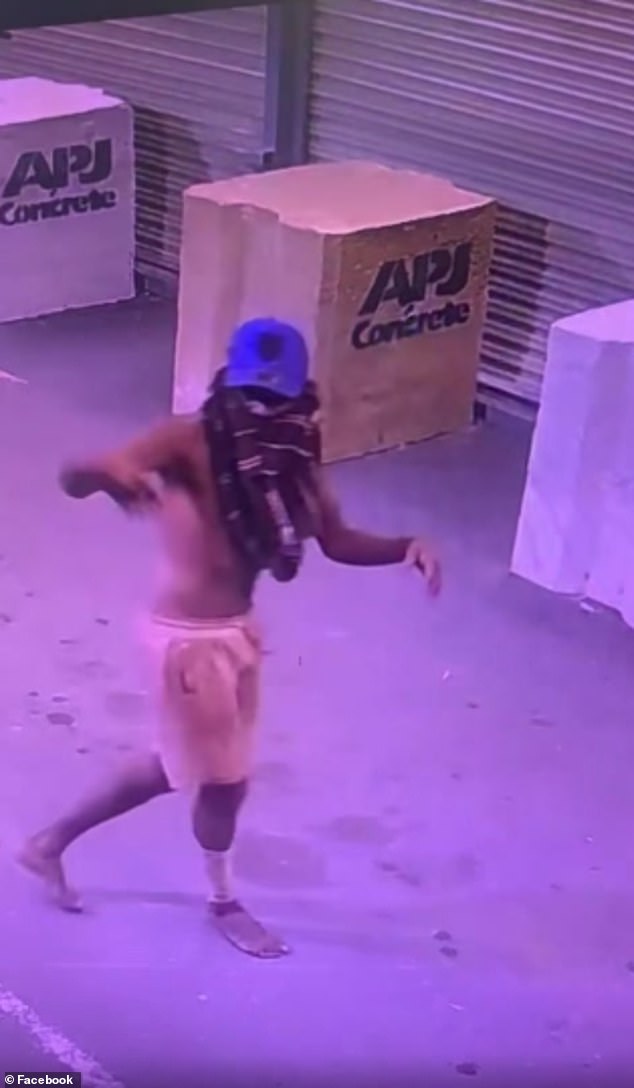 Ms Burney said the PM’s visit to Alice Springs (pictured, above, a local youth trying to break in to the town’s Todd Tavern liquor barn) had been a success 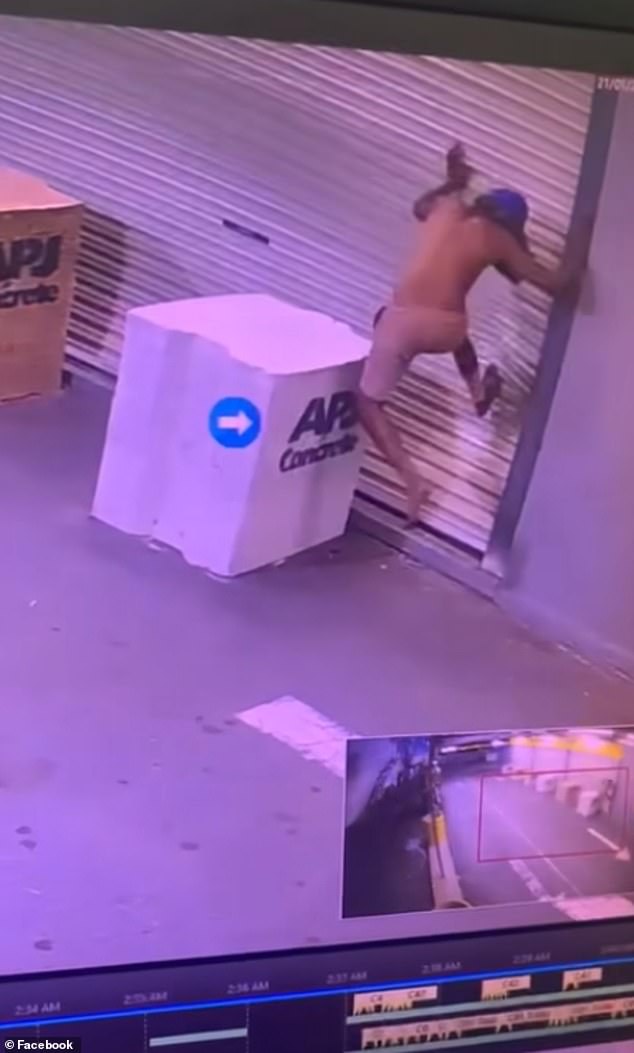 National Party Senator Matt Canavan also weighed in on Ms Burney’s comments and said she should quit her job.

‘It shows how out of touch these people are. We have a whole department here in Canberra focussed on indigenous affairs issues.

‘This is a minister clearly out of her depth. She should go. How could she not know what was going on in Alice Springs. It’s not another planet.’

He also said the question of Australia Day’s date could be added to The Voice referendum and it would ‘cost nothing’.

Fordham quoted from a parliamentary inquiry last month into the July 2022 sunsetting of the Stronger Futures legislation, which lifted decade-long alcohol bans in the Northern territory’s more than 40 indigenous town camps.

Stephen Gourley, Director of Emergency Medicine at Alice Springs Hospital, told the hearing that since bans were lifted ‘the level of injuries we’ve seen is horrific, it’s mostly women being beaten’.

At the same inquiry, Alice Springs GP Dr John Boffa urged for grog bans to return, because  ‘we need to keep extra protections and extra measures until we can see evidence the trauma in children is reducing’.

Last October, the Central Desert Regional Council reported on the immediate impact of lifting the grog ban as ‘a spike in alcohol-fuelled violence’.

And in June 2022, on the eve of the ban lifting, eight local indigenous groups and Central Australia Aboriginal Congress chief Donna Ah Chee warned Ms Burney in a letter that ‘to permit more access to alcohol will undoubtedly add fuel to this fire’. 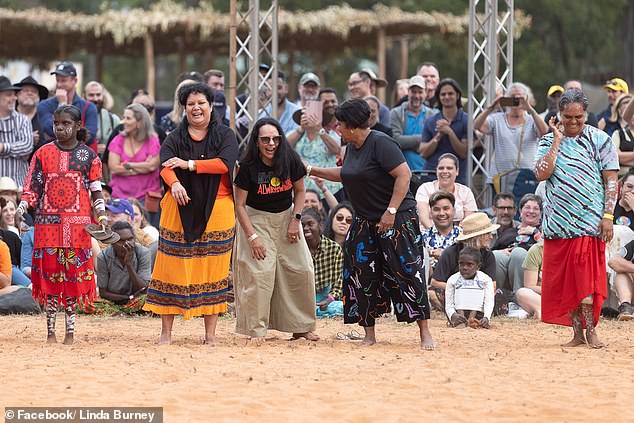 Alice Springs Federal MP Marion Scrymgour had also warned, ‘you can’t just suddenly pull the pin without any protection or plan for the vulnerable women and children’.

Fordham said ‘everyone … knows it was pressure from this radio station that forced her and the Prime Minister into action and even then (they) didn’t listen, because all they’ve done is support grog bans on Mondays and Tuesdays,

‘And they’ve done nothing about the kids as young as five who are roaming the streets at night. There’s no point giving people a Voice if you’ve got your ears blocked.

‘To suggest a voice in the constitution would have made a difference is both disgraceful and laughable. It’s an outright lie’

Listeners rang in to Fordham, questioning what Ms Burney had ‘been doing for the last ten months?’ 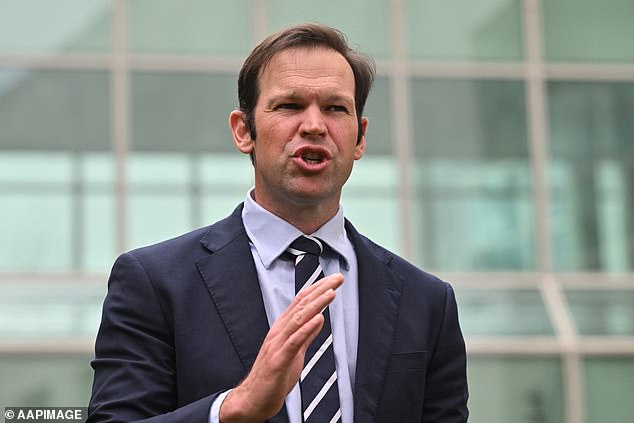 National Party Senator Matt Canavan also weighed in on Ms Burney’s comments, saying she was ‘woke’ and should quit her job.

In her Radio National interview, Ms Burney admitted Alice Springs was ‘an enormous flashpoint’ but denied alcohol was the only issue.

She said the town had ‘a complex set of problems’ and the PM’s six hour visit was ‘very good’.

Pressed again by Karvelas about whether she hadn’t pushed the NT Government to take measures sooner on alcohol controls, she replied: ‘The most important thing is we made enormous gains yesterday’.

Linda Burney has previously came under fire about the Government’s indigenous Voice to Parliament referendum three months ago, when Senator Jacinta Price made a jibe about her private jet tour of outback communities while ‘dripping with Gucci’. 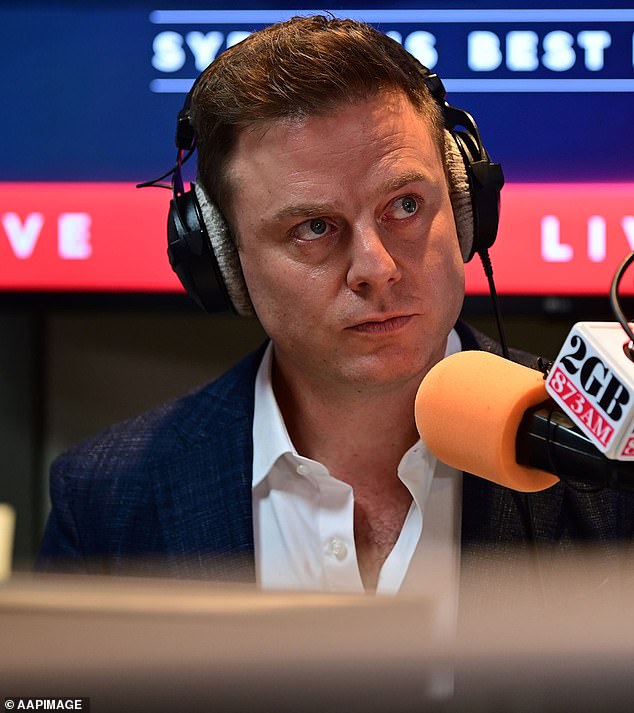