Radio star Neil Mitchell calls for Novak Djokovic to be DEPORTED again for slamming Alex de Minaur ‘in a foreign tongue’ after wiping the Aussie off the court at the Open: ‘He can get nicked’

Radio host Neil Mitchell has sensationally called for Novak Djokovic to be deported from Australia for the second time after the tennis icon took a series of swipes at Alex de Minaur after smashing him off the court on Monday night.

Djokovic slammed the Aussie after the win, saying he had ‘no relationship’ with the 23-year-old because he’d been a vocal critic of the Serb when he was deported over his Covid-19 vaccination status in 2022.

That didn’t go down well with 3AW star Mitchell, who tore into the 21-time grand slam champion on Tuesday and said he can ‘get nicked’.

‘I hope he doesn’t win. He – in Serbian – has given Alex de Minaur a real spray after the game because de Minaur had a bit of a go at him a year ago when he was banned and then deported,’ he said.

An angry Djokovic lashed out at de Minaur after his lopsided win on Monday night, saying he has ‘no relationship’ with the Australian 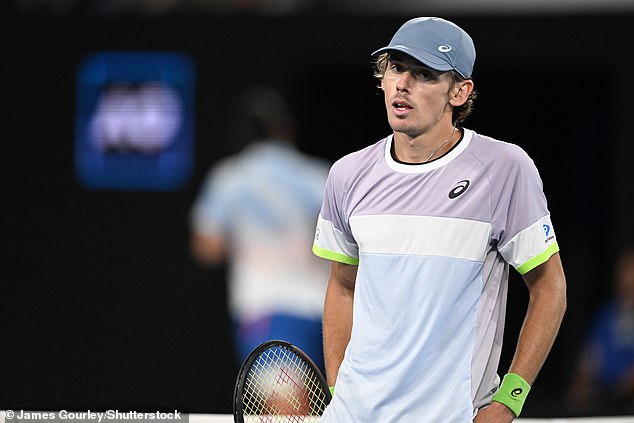 In 2022 de Minaur was vocal in his criticism of the Serb’s Covid vax deportation, saying the drama came was ‘up to him, his choices, his judgment’

‘It was obvious Novak bore a grudge and was determined to wipe him off the court, which he did. But then he was extremely ungracious in his victory and in a foreign tongue.

‘Novak Djokovic –  should deport him again, deport him for being ungracious.’

After defeating de Minaur in a brutal 6-2, 6-1, 6-2 demolition, Djokovic did not mince words when it came to the Australia who had put the blame on Djokovic for his 2022 deportation, saying it was ‘up to him, his choices, his judgment’.

‘I don’t have any relationship with him,’ Djokovic told reporters.

‘I respect him as a rival, a colleague, as I respect everyone. I have no problem contacting him, congratulating him, etc. 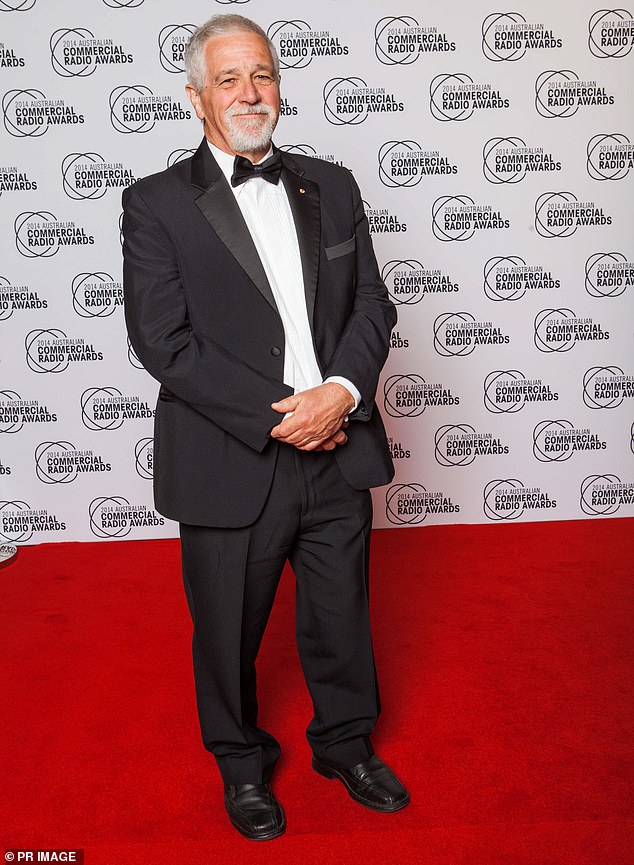 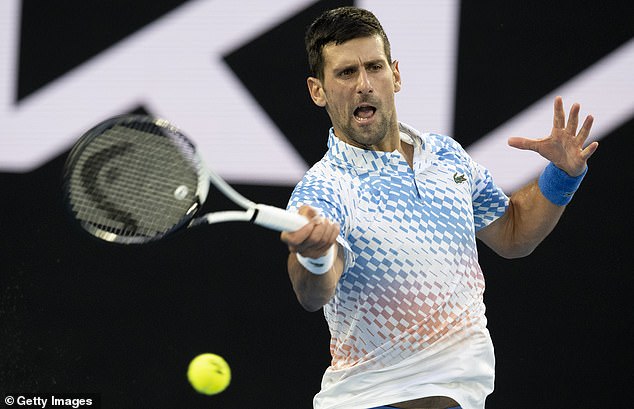 Djokovic showed no signs of the hamstring injury that has plagued his Australian Open as he demolished de Minaur 6-2, 6-1, 6-2 to get through to the quarter finals

Last year de Minaur was one of the most vocal players in world tennis addressing Djokovic’s anti-vaccination sentiments, and the deportation circus that clouded the tournament.

‘Look, Australians have gone through a lot. There’s no secret about that. They’ve had it very tough. They’ve done a lot of work to protect themselves and their borders,’ he said.

‘When you’re coming in, as well as every other tennis player, if you wanted to come to the country, you had to be double vaccinated.’

When word came in that Djokovic had failed in his attempt to overturn the Australian government’s decision, and was in fact being deported, de Minaur was in a press conference with fellow Aussie Jason Kubler, and he laughed when he heard the news.

The Serbian superstar faces Andrey Rublev in the quarter-finals at Rod Laver Arena on Wednesday night.