An RAF officer who admitted strangling his Squadron Leader partner after she threatened to leave him, walks free from court today after the jury cleared him of attempted murder in just three hours.

They had been told the couple were still in love and an ‘item’ although bail conditions imposed by a judge meant that Flight Lieutenant Tim Barry, 31, and Squadron Leader Sarah Seddon, 31, had been unable to be together since the strangulation attempt in January 2018.

Barry had denied attempted murder and causing grievous bodily harm but had earlier admitted a charge of assault on Ms Seddon for which he will be sentenced on December 19.

Flight Lieutenant Timothy Barry, 31, pictured today outside Oxford Crown Court, has been cleared of the attempted murder of his squadron leader girlfriend, Sarah Seddon, 31. Despite bail conditions that prohibited the pair being together, the court heard that they were still in love 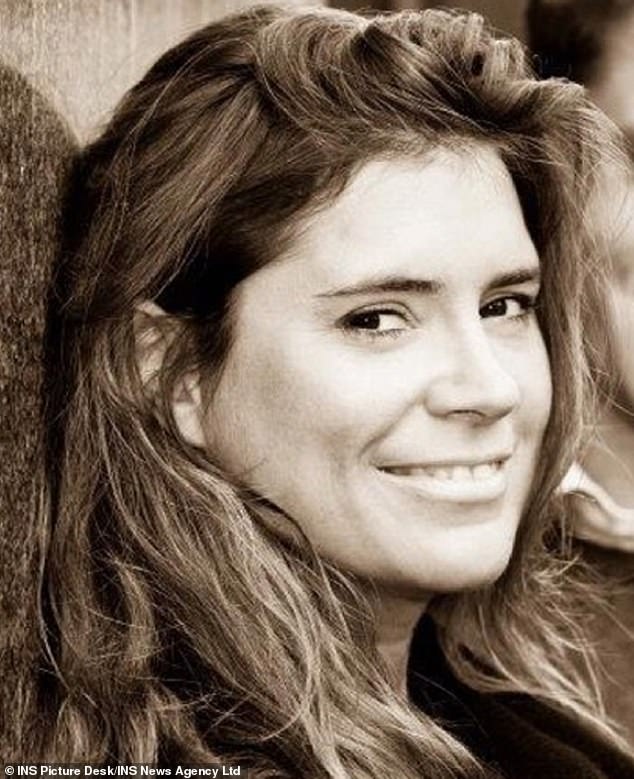 Yesterday, Oxford Crown Court heard Barry admit to ‘having his hands around her neck’.

Barry told jurors he fell in love with Seddon, who was his boss, while they were both serving with the RAF in Afghanistan.

However, she was married to someone else but said she would get a divorce.

She and Flight Lieutenant Barry were stationed at RAF Benson in Oxfordshire but as she was his boss, he moved to a different squadron so they could be together.

She said she wanted to keep their affair secret while she divorced her husband.

The court heard that after Barry strangled her when she told him she was leaving him, he was arrested.

Flight Lieutenant Barry threatened to kill himself and took an overdose of pills as a cry for help after begging her to stay with him.

However, when she ignored his pleas, he decided to strangle her to stop her from leaving, the court was told. 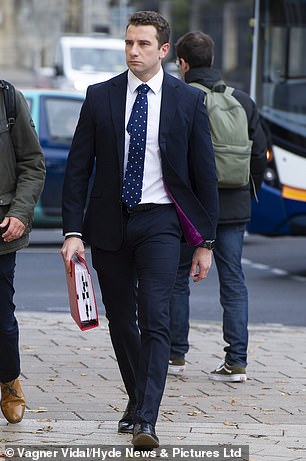 However Ms Seddon has refused to give evidence against him and the jury hears she is still with him.

After the attack, the mother-of-one lay unconscious on the floor of their home in Cuxham, Oxfordshire, while her three-year-old son was asleep in another room.

The jury was shown a video recording of the police interview in which detectives acknowledged the significant comments Barry made during his arrest including saying ‘attempted murder, I know,’ ‘I had my hands around her neck,’ and ‘I am sorry for what I have done.’

Ms Seddon had only just returned home to Oxfordshire from a three-month tour of duty in Afghanistan when she was attacked.

It was just 18 minutes between the child’s babysitter leaving the house after the couple arrived back at their home on Mill View, Cuxham, Oxfordshire, from a night out in Marlow and Flight Lieutenant Barry calling 999 claiming he had tried to kill his girlfriend.

Opening the trial, prosecutor Jane Davies said: ‘He lost his temper. He was in a rage.

‘He is a man who demands to be in control and on this night he thought she was going to leave him.

‘In the early hours of January 14 2018, this defendant, Timothy Barry, strangled his partner Sarah Seddon.

‘He placed both his hands around her neck, he applied pressure and force to her neck area and he did so with sufficient force and time to make her unconscious.

‘Fortunately, with the help of paramedics, Sarah Seddon did not die nor did she suffer an apparent injury.’

The jury watched the video where Flight Lieutenant Barry recalled that the pair had been arguing that evening.

He said: ‘I was waiting for Sarah to come to bed but when she did not come, I went downstairs and found her in the spare room. She was 100 per cent passed out.

‘I picked her up and moved her from the spare room to the main bedroom and woke her up. I said ‘can we sort this out and move on from it’ in relation to the argument we had earlier.

‘She got angry with me for waking her and moving her. I was still trying to talk about the argument. I was fully emotional and I said I was going to go downstairs and kill myself.’

In the interview, he told the officers he raided the bathroom looking for tablets and took roughly eight paracetamol. 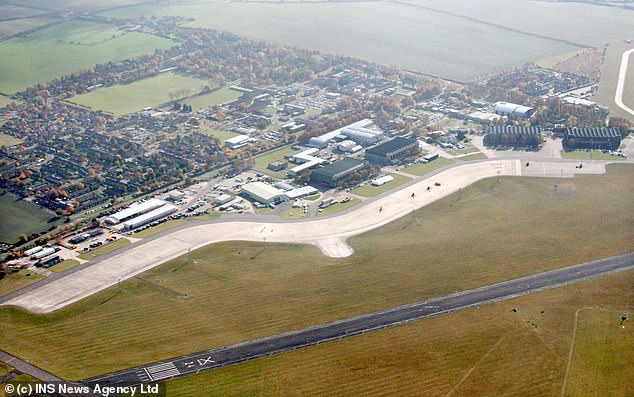 She and Flight Lieutenant Barry were stationed at RAF Benson in Oxfordshire (pictured) but as she was his boss, he moved to a different squadron so they could be together

‘I realised Sarah was not going to be coming downstairs to engage with me so I went back upstairs and she was getting dressed, she had a different outfit on,’ he said.

‘She said she was going and she was taking her son with her. I said ‘please can we sort this out, stay.’ She was trying to get past but I did not want to let her get through, I was holding her in the doorway. She said ‘look at the state of you’.’

The court watched as Barry explained that he then pushed her by her shoulders onto the double bed and had his hands around her neck.

‘I was strangling her, I was paralysed at this point. It was kind of an out-of-body experience, I did not feel like I was really there,’ the defendant added.

Just days after the incident, he recalled ‘jolting’ back to reality as he felt his partner’s throat move beneath his hands.

‘I jolted out of that state. She was making a snoring sound so I did not know what was going on. Her eyes were moving around as if she was looking around the room.

‘As soon as I felt that movement on her neck I got off her. That is when I rang the emergency services, I was obviously completely panicked and emotionally distraught,’ he added.

‘I was annoyed we had been arguing and she had not listened to my cry for help, to use that phrase. The main thing was I did not want her to leave, that was the overriding thing.

‘I just wanted her to stay and sort it out. My aim was to get it all sorted, I was upset about the whole situation.

‘When she did not reciprocate I felt hurt and frustrated that she was not trying to sort it out or help me, she was just going to run away.’

In the almost two hour long interview, Barry asked for a minute to choke back tears before speaking of the events leading up to the incident.

He said: ‘For about a year I had not been happy in my job and that is quite integral between Sarah and me, it affects our relationship directly.

‘Sarah had been deployed for the first time and she had been in a really tricky mood, sort of really up and down. I kind of felt it got taken out on me.

‘I understand the pressure out there – we have both experienced it but I did feel she was quite up and down. Her being down does upset me and I want to make sure she is happy.’

The jury heard Flight Lieutenant Barry tell Det. Con. Moody that his partner had returned from Afghanistan the Monday before the incident but had been drinking all week, celebrating the helicopter pilot’s home coming.

‘I think the alcohol did contribute to me feeling quite down and depressed,’ he said.

‘In that stage there was an element of a cry for attention and help, type thing. I probably used that as a way to get her to engage with me a little and recognise that we were not in a good place with the argument we had just had.’