Rafa Nadal’s wife breaks down in TEARS as she watches the defending champion crash out of the Australian Open to USA’s Mackenzie McDonald as the No. 1 seed struggles with injury

Rafael Nadal’s wife broke down into tears in the stands as the defending champions struggled en route to crashing out of the Australian Open.

Nadal failed to defend his crown down under as he struggled with injury before losing in straight sets to Mackenzie McDonald.

The 22-time grand slam winner pulled up during his second-round defeat against American McDonald and required an immediate medical time out Wednesday.

The top seed was down a set and a break against the 65th-ranked player when he pulled up after reaching to make a wide ball. 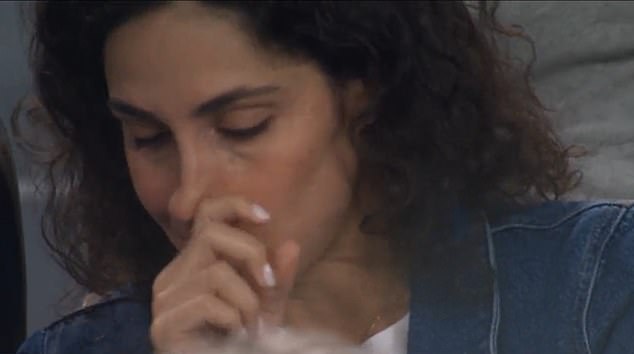 The Spaniard immediately grimaced and after McDonald held his serve to move to 5-3 in the second, Nadal called for the medical time out.

As he left the court, his wife, Mery Perello was seen wiping tears from her eyes as the rest of his box left shattered by the injury as the 22-time major winner seemingly approaches the end of his glittering career.

However, Nadal made it back on to court and picked up his racket to enthusiastic applause from the crowd gathered at the Rod Laver Arena.

Nadal won the first game after the resumption but shook his head to his significant entourage, staring at the floor at every changeover thereafter. 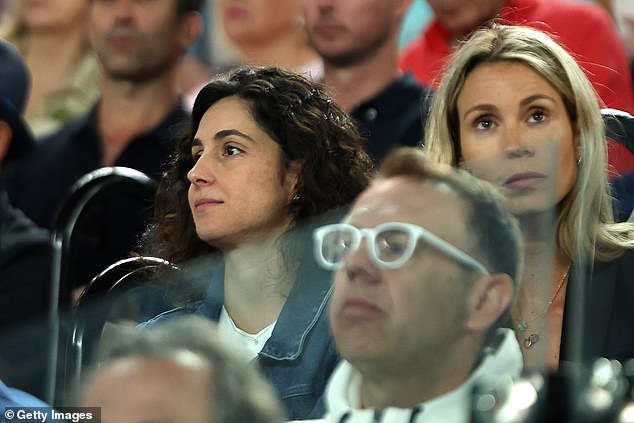 After holding for 5-4, he forced his American opponent to serve for the set, which he did.

However, Nadal but was clearly in pain and struggling to run as McDonald closed out the biggest win of his career 6-4 6-4 7-5.

Even before the injury, Nadal was rattled by McDonald, who broke serve in the opening game of the match. 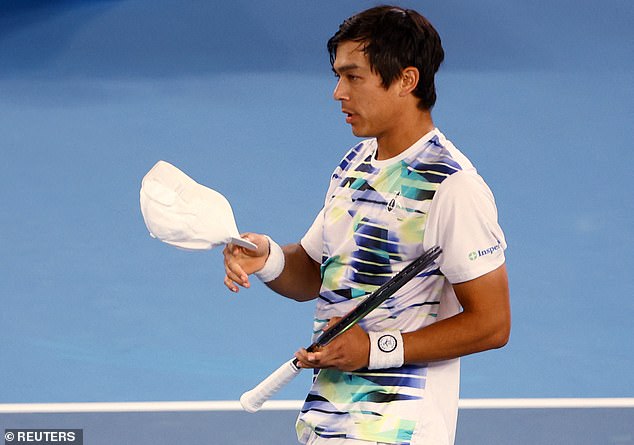 World No 65 McDonald caused a huge upset at the Rod Laver Arena, winning in straight sets

The apparent hip problem marks the sixth time in his grand career that either injury or illness has cruelled his Australian Open campaign.

He retired in the 2010 quarter-finals against Andy Murray with a knee injury and was badly hindered by a hamstring strain the following year in a last-eighth loss to countryman David Ferrer.

Nadal withdrew from the Open in 2013 with a stomach virus and suffered a back injury in the warm-up before losing the 2014 final to Stan Wawrinka. 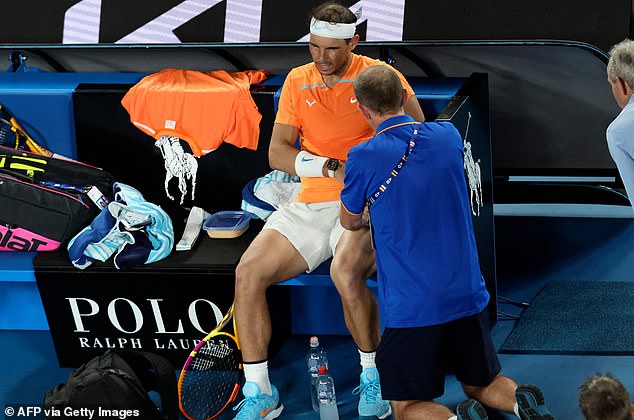 Nadal struggled with a knock throughout, appearing to injure his left hip during the second set 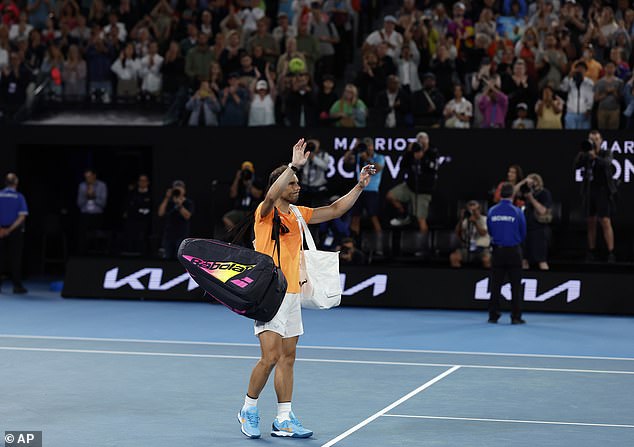 In 2018, the great Spaniard quit his quarter-final against Marin Cilic with a hip issue.

Nadal last year finally won a second Australian Open title, 13 years after his first, by coming from two sets down to defeat Russian Daniil Medvedev in a classic decider.

Nadal struggled with injury issues throughout the 2022 season too, having to withdraw from his Wimbledon semi-final showdown against Nick Kyrgios.

He gave up on his struggle to win the calendar Grand Slam after he announced he was pulling out after a 45 minute practice session in July in which he clearly looked hampered.