France team manager Raphael Ibanez has admitted that condemnation of the Autumn Nations Cup Final as a ‘farce’ is justified, given the absence of more than 30 leading Gallic players.

The former national captain and ex-Wasps hooker gave a frank response to criticism of the deal struck between the French federation and Top 14 clubs, which has savagely weakened Sunday’s Twickenham visitors.

Head coach Fabien Galthie was only able to select any player for a maximum of three Tests during a six-match autumn campaign, leaving him no choice but to field a shadow side for the showpiece encounter with England.

Ibanez accepted the reason for the resulting backlash, saying: ‘It must be recognised that, seen from abroad, this final can be regarded as a “farce”. We understand that. Our two national selections are not on the same footing.’

However, he was also bullish about the ability of a young France team to be competitive, hailing the available players as ‘exemplary’ and adding: ‘We won our matches to reach the final – this is the result of the state of mind of the players, and all the efforts so far.

‘They are a talented team that we believe in and who will perhaps over-throw mountains this Sunday. We are not going to let it go.’ 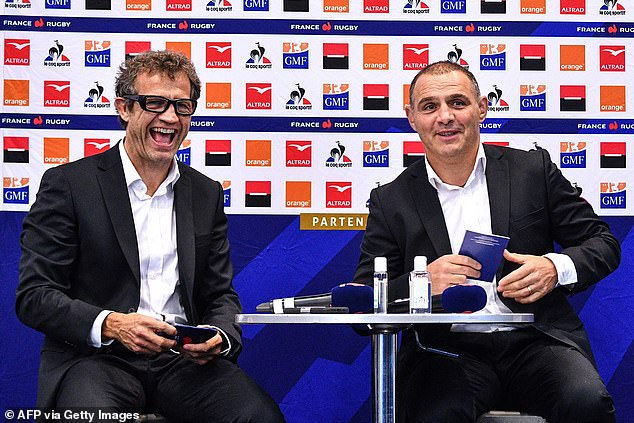 England captain Owen Farrell was asked if the siege mentality being adopted by the French squad in the face of criticism could galvanise them and he said: ‘It can do, yeah. You use anything to galvanise a squad and deliver a performance.

‘You can use “underdog”, you can use “favourite”; you can use any message from anybody anywhere and turn it into what you want it to be.

‘It will probably come as a surprise to them who’s written them off, but that’s not coming out of our camp. It might allow them to raise their levels again.’