Ever since the French Open draw was made two weeks ago it has been rolling towards Roland Garros like thunder: Rafael Nadal versus Novak Djokovic.

And on Wednesday night their semi-final was finally confirmed, after Djokovic kept his side of the bargain by defeating Italy’s Matteo Berrettini in the last of the tournament’s evening sessions.

Djokovic finished a highly charged quarter final with an animalistic cry as he won 6-3 6-2 6-7 7-5. The match had been stopped for 20 minutes in the fourth set to clear the already reduced crowd due to Paris’s 11pm curfew. 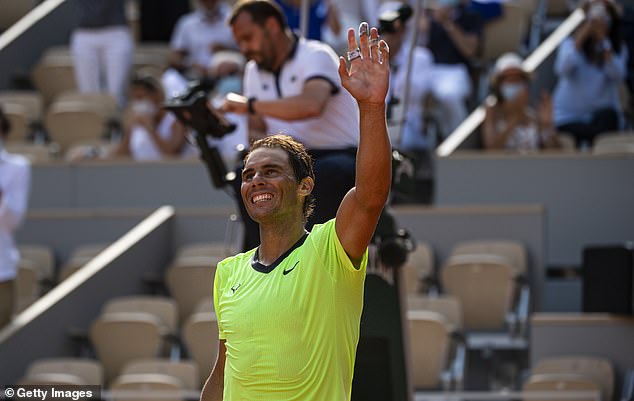 He and Nadal will face off for the 58th time on Friday, with the Serb holding a 29-28 advantage, although he has not beaten Nadal on his beloved clay in five years.

There has been an inevitability about the meeting, which comes at the semi-final stage because Nadal is seeded number three due to the semi-frozen rankings which cannot be adjusted for the surface which he dominates.

The Spaniard carries about him the faintest hint of vulnerability, and he was pushed hard by Argentina’s Diego Schwartzmann before running away with their quarter final 6-3 4-6 6-4 6-0.

In blustery conditions he occasionally looked fatigued, and he saw his streak of 36 victorious sets Roland Garros snapped. It was the same player who broke his run of 38 winning sets in Paris that came to an end in 2018. 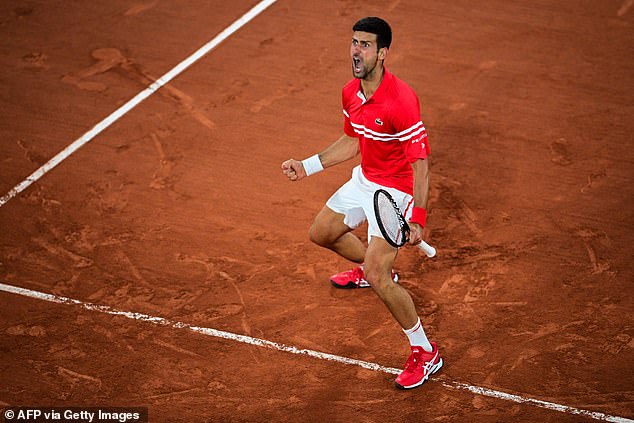 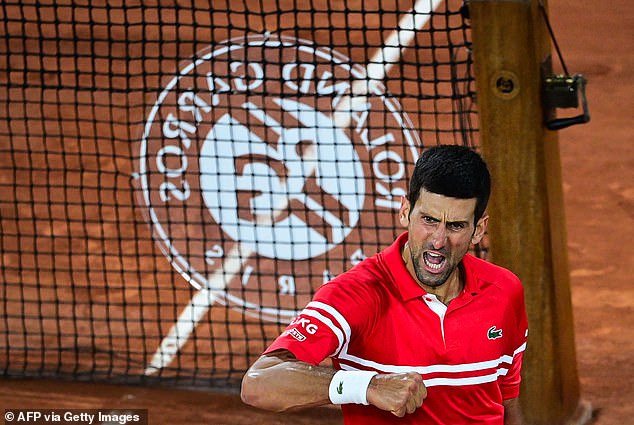 Before Nadal broke through towards the end of the third it was notable that Schwartzmann was often getting the better of the longer rallies, although the diminutive South American is a machine-like baseliner.

‘It’s not a final, that’s a big difference,’ he said of his latest meeting with Djokovic. ‘Even the winner of that match needs to keep going and remain a lot of work to do to try to achieve the final goal here.

‘It’s a match when you know that you need to play your best tennis. That’s something that is good because we are practicing, we are living the sport for these moments. So that’s a good thing. The negative thing, it’s difficult because you play against one of the best players of history. ‘

By contrast an unheralded batch of French Open women’s semi-finalists is headed by Maria Sakkari, a player from the one-time tennis backwater of Greece who employs a young British coach. 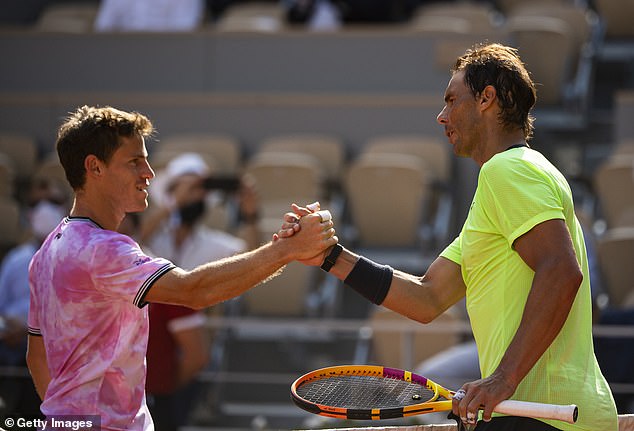 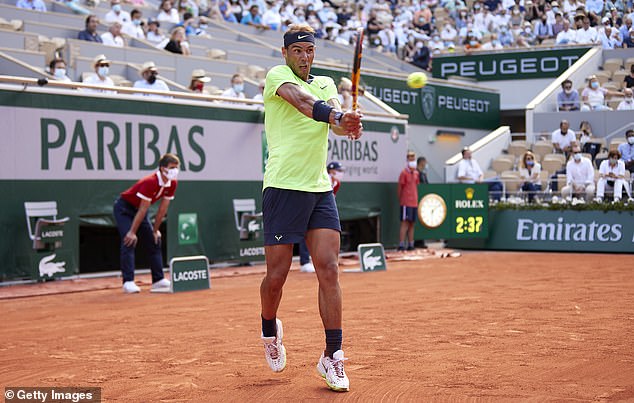 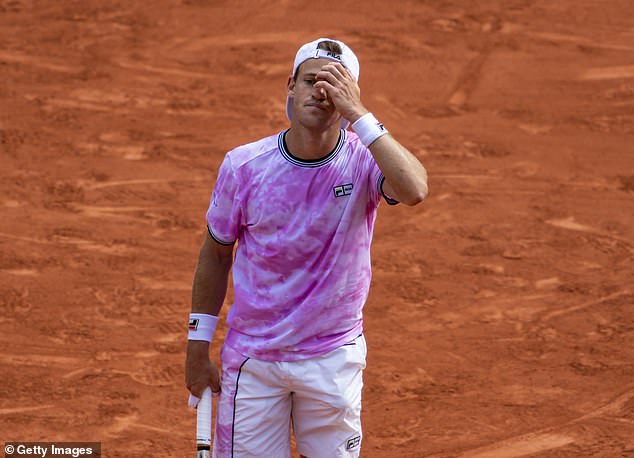 Sakkari – who works with Tom Hill, a 26 year-old coach from Birmingham – stunned Poland’s defending champion Iga Swiatek 6-4 6-4 to eliminate the last of the favourites.

Remarkably Greece, which for so long has been immune from the global spread of tennis, now has two Paris semi-finalists with the more established Stefanos Tsitsipas the other.

With a seeding of 17 Sakkari is the highest ranked player left, and will be marginal favourite to lift the trophy. 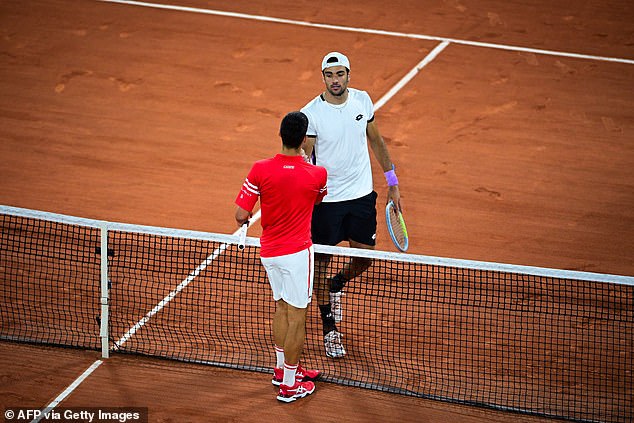 The 25 year-old from Athens is a strong athlete whose mother, Angeliki Kanellopoulou, was one of the few players from her country to achieve much in the game, briefly making the top 50 in the mid-nineties.

Sakkari was asked to reflect on the sudden interest in tennis in Greece, where football and basketball are king: ‘Well, now for sure it (tennis) exists. With Stefanos I’m very close. We know each other since a very young age. I see him every day here. We’re actually having dinner with our teams next to each other every night.’

She now faces the unseeded Barbora Krejcikova of the Czech Republic, who ended the run of 17 year-old Coco Gauff 7-6 6-3. The American collapsed to 0-5 after missing five set points in the nerve-shredding opener.

The other of Thursday’s semi-finals will feature world number 32 Anastasia Pavlyuchenkova against Slovenia’s Tamara Zidansek, ranked 53 places below her.