Raheem Sterling took his Manchester City goal tally for the season to 18 with a brace in the 3-1 win at Oxford on Wednesday night, but insists silverware is the main drive for him.

The England attacker captained the visitors at the Kassam Stadium and scored twice after half-time to keep the Carabao Cup holders on course to win the competition for a third straight season, with Pep Guardiola’s men drawn to face Manchester United in the last four next month.

With Sergio Aguero out injured, Sterling stepped up again to add to Joao Cancelo’s 22nd-minute opener, which had been cancelled out by Matty Taylor’s strike 21 seconds into the second period. 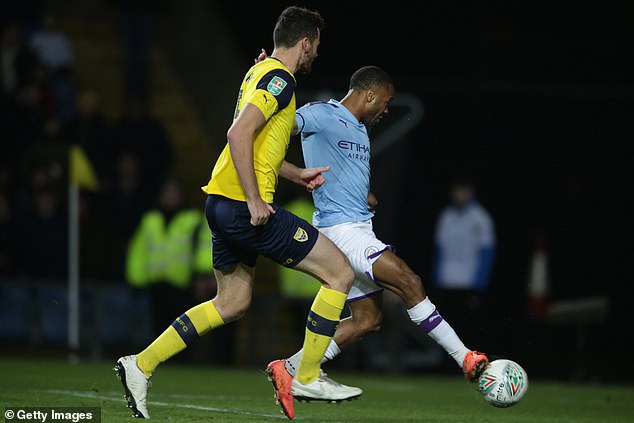 In the battle to finish as City’s top goalscorer this season, the ex-Liverpool winger moved five ahead of his Argentinian team-mate with this cup double.

But when asked by Sky Sports about that target, Sterling replied: ‘It (finishing above Aguero) would not mean anything without silverware and then I’ll be happy with my goal tally after that.

‘Every competition we’re trying to compete in. It’s not just the Premier League, which I know that looks out of reach but we’re looking to get to finals in this, the FA Cup and even the Champions League.’ 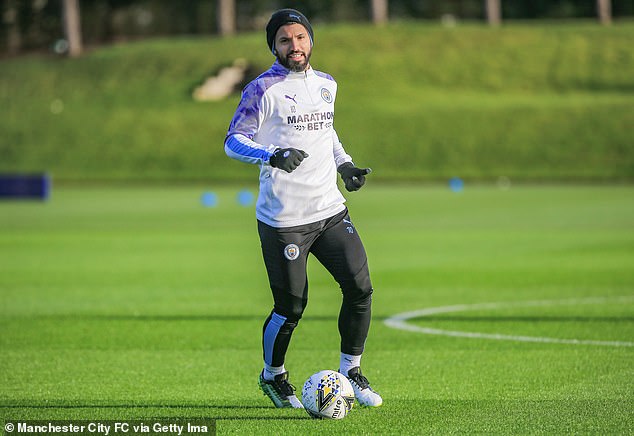 For England Under-21s star Foden, it was a third consecutive start, but 17-year-old Harwood-Bellis was making just his third senior appearance for City.

The centre-back caught the eye of senior statesmen Sterling and received not only his man of the match award, but high praise.

He added: ‘I thought Taylor did brilliant. He was fantastic. He won his headers, won his duels and I had the easy job.’

Oxford, especially in the second half, pushed the Premier League champions close, but could not find a second to set up a grandstand finish. 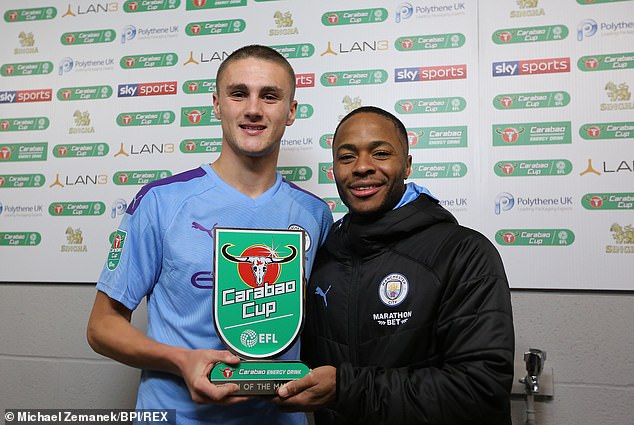 Sterling admitted: ‘They were still in the game. They equalised and made it difficult. Goals are goals, I’m in the team to do a job. I will always try and put them in.

‘I don’t need to nurture Taylor or any of the other lads. They come through in training and do their job brilliantly.’

League One side Oxford attempted 18 shots against City on Wednesday – the most they have faced in a single match since Guardiola was appointed.

U’s boss Karl Robinson joked: ‘I wouldn’t call some of them shots. Three or four were crosses that were miskicked, but it is a great stat. It means nothing because the result is the result, but it is something we can build on.’