Rail traffic halted at Berlin station due to smoke

By Reuters and Stewart Paterson For Mailonline

German media reported that 15 people had to be rescued from the station after witnesses described seeing huge plumes of smoke.

Police and fire crews are on site after a fire reportedly broke out at noon, which took hold of a false ceiling on a construction site in the station area, according to morgenpost.

German federal police say they have now allowed long-distance rail traffic to resume at the station. 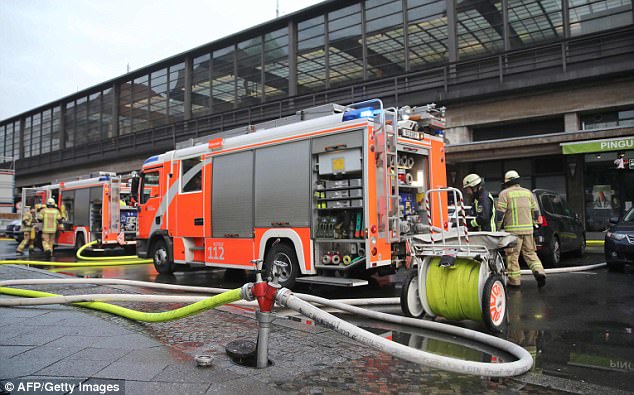 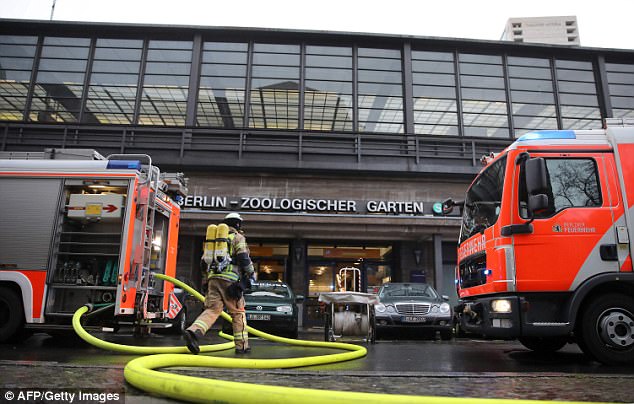 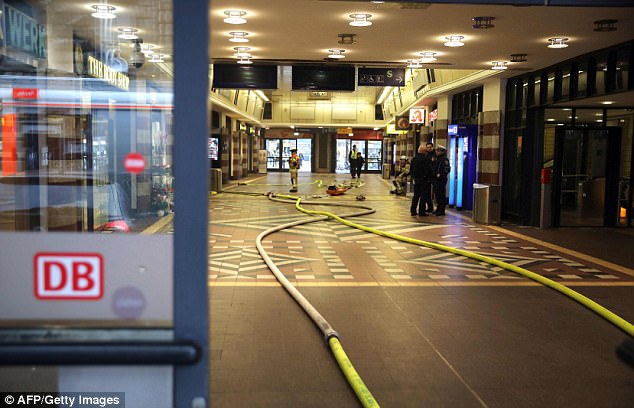 Emergency services were also reported to be using large fans to channel smoke out of the railway station.

A fire department spokesman told broadcaster N24 that 15 people had been rescued from the smoke-filled platform, and one was being treated for light injuries.

He had no details on the cause of the fire.

Germany remains on high alert for potential Islamist attacks a year after a failed Tunisian asylum seeker killed 12 people in an attack on a Berlin Christmas market located a short distance from the Zoo train station.