A rail union leader is warning of a national strike unless the Government gives ‘unequivocal assurances’ that the social distancing rules across the transport network will remain at two metres.

The Transport Salaried Staffs Association (TSSA) said the Government’s own review into the social distancing guidance clearly states that public transport presents a high risk due to prolonged indoor contact between large numbers of people from different households.

Boris Johnson announced a further lifting of lockdown restrictions this week, by revealing pubs, restaurants, hair salons and other businesses can reopen on July 4, providing they are ‘Covid-secure’.

With many high street shops now also welcoming customers once again, demand for public transport is on the rise, with trains and tubes gradually becoming busier. 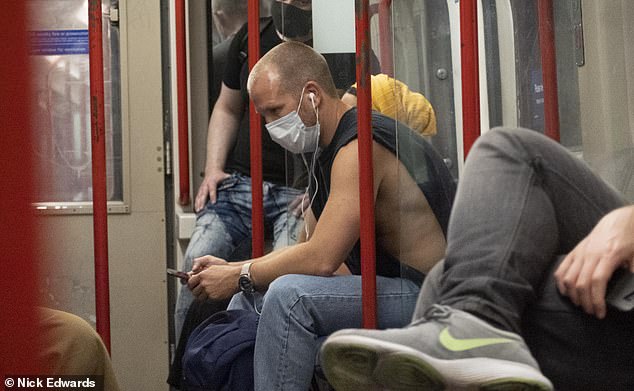 A passenger on the Circle Line yesterday wears a face covering, as is now mandatory on public transport 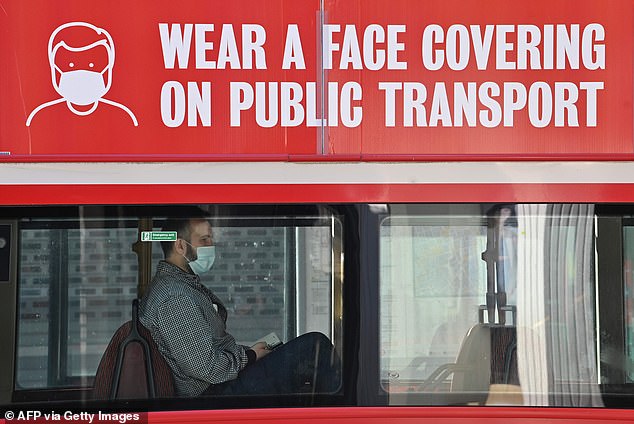 Data shows that while public transport is still being used far less frequently than this time last year, there has been a week-by-week rise.

At the start of this week, National Rail services were being used at 10 per cent of the level they were in 2019, though this was higher than at the beginning of May when it was at five per cent, and even as low as four per cent during the peak of the pandemic in April.

The Prime Minister said on Tuesday that where the two metre rule cannot be applied, it will be replaced with a ‘one metre-plus’ measure, with the protection offered by the physical distance enhanced by other mitigation measures such as the use of face coverings, increased hygiene or layout changes in premises.

It has been mandatory to wear masks on public transport since June 15, however, commuters were this week seen flouting the rules on London Underground’s Jubilee Line, despite the threat of a £100 fine or being kicked off the train.

Government guidance currently states that a two metre distance should be kept from others where possible during journeys.

If this is not possible, as is often the case on crowded trains and buses, passengers should avoid physical contact, try to face away from others, keep time spent near others as short as possible, beware of touching surfaces and cover their mouths and noses with a tissue, or the inside of their elbow, when coughing or sneezing.

Commuters are also advised to be prepared to queue or take a difference entrance or exit at stations to avoid crowds, to wait for others to get off first before boarding and to avoid consuming food and drink where possible. 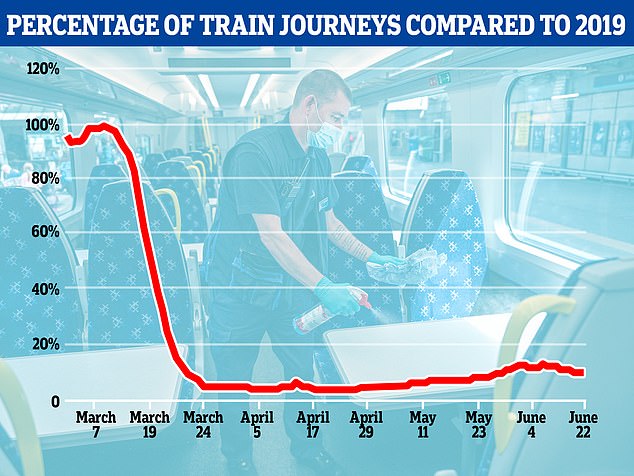 Data shows that while trains are still being used far less frequently than this time last year, there has been a steady rise in recent weeks 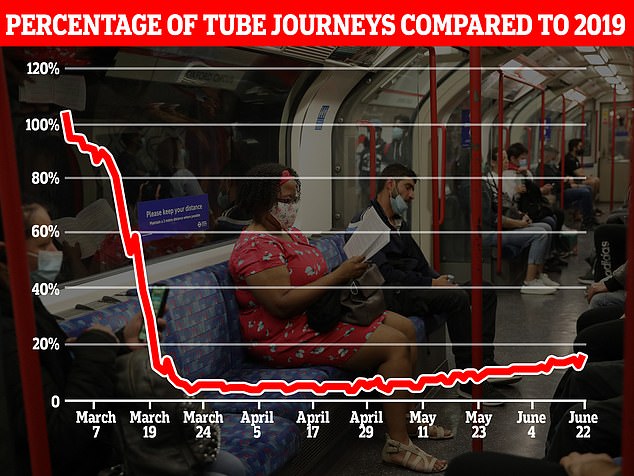 Data shows that while tubes are still being used far less frequently than this time last year, there has been a steady rise in recent weeks 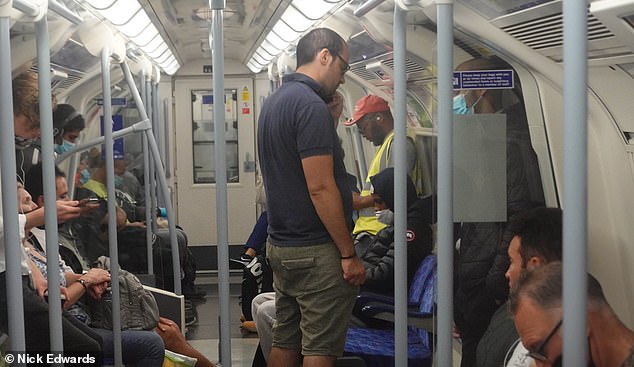 Several commuters were seen without face masks on the Jubilee Line on the London Underground this week. Rule breakers risk a £100 fine or being kicked off the service 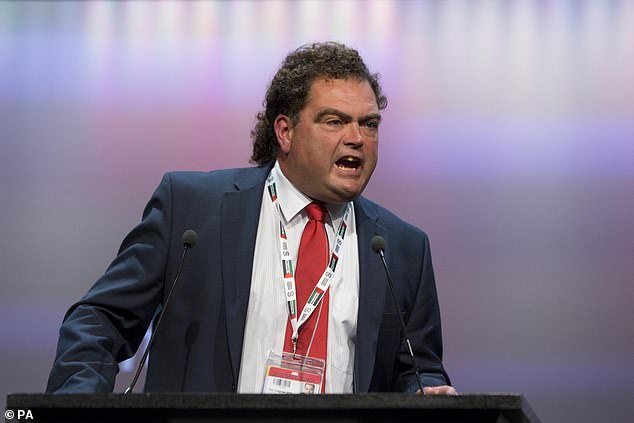 TSSA general secretary Manuel Cortes said: ‘I will now be consulting our members over balloting for a national strike on public transport.

‘We must protect transport workers and the travelling public should the Government proceed with this reckless attempt to cut physical distancing to one metre early next month.

‘I urge them to think again. As the Transport Secretary has pointed out, we have seen far too many deaths already in the line of duty.

‘Yet it now appears that his words are hollow as the Tories are looking to use these heroic workers as nothing more than cannon fodder.

‘The lives of passengers and our members are being put at risk so that fat cats can accumulate profits.’

The Department for Transport has been approached.