This is the dramatic moment a woman was seriously injured after being crushed between two cars in a sickening road rage incident close to Buckingham Palace.

The victim is thought to have got out of her Mercedes Benz to remonstrate with another driver before being hit by the Range Rover in London last weekend.

Passengers on a nearby bus filmed the altercation, which left the 47-year-old woman wedged between the two vehicles at a busy junction at Hyde Park Corner.

As passers-by tried to comfort the victim on Sunday evening after the incident at about 8pm, one man could be seen gesturing and angrily stamping his feet.

Footage of the incident shows a driver getting into the light blue Range Rover Evoque and reversing the car away, which then released the woman.

The victim could then be seen falling down onto the road and being helped. Police are now probing whether the Range Rover may have been driven deliberately at her.

Scotland Yard said it was believed the woman had been a passenger in the black Mercedes Benz saloon and ‘became involved in a dispute’ with another driver. 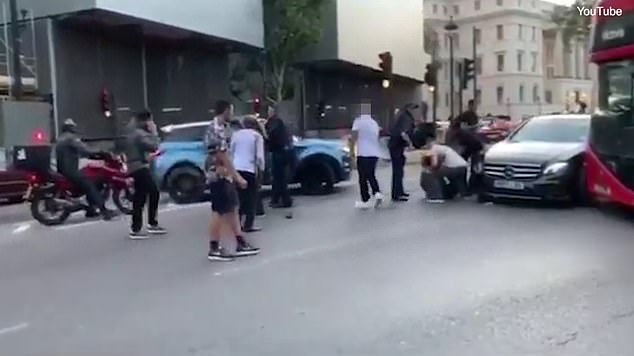 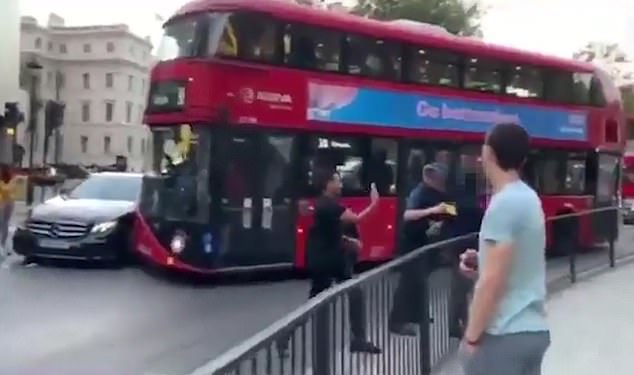 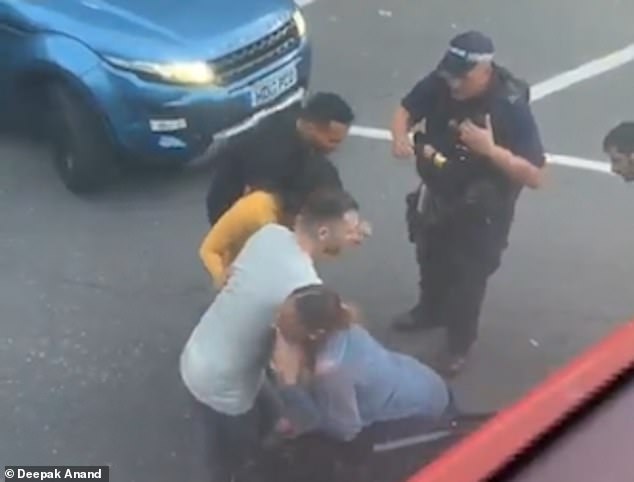 The Mercedes was also in collision with a bus. When officers arrived at the scene they arrested a man suspected of being the driver of the Range Rover.

Ade Thompson, 23, of Dulwich, South East London, was charged with driving while disqualified, driving without insurance and possession of class B drugs.

** Did you see it or do you know anyone involved? Email: tips@dailymail.com **

He will appear at Westminster Magistrates’ Court on August 27.

Tourist Deepak Anand, 40, who was visiting London from Vancouver in Canada, was on a bus with his wife and son and witnessed the incident.

He said he saw a man trying to pull a driver out of the Range Rover, which then sped into oncoming traffic before trapping the women against the Mercedes. 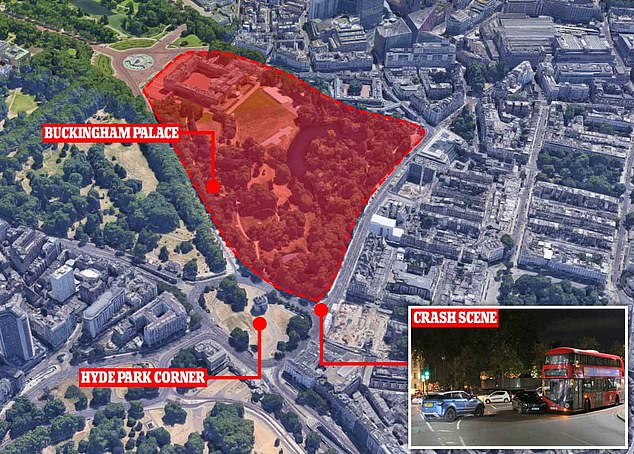 A map showing the location of the crash scene near Hyde Park Corner, and next to the grounds of Buckingham Palace 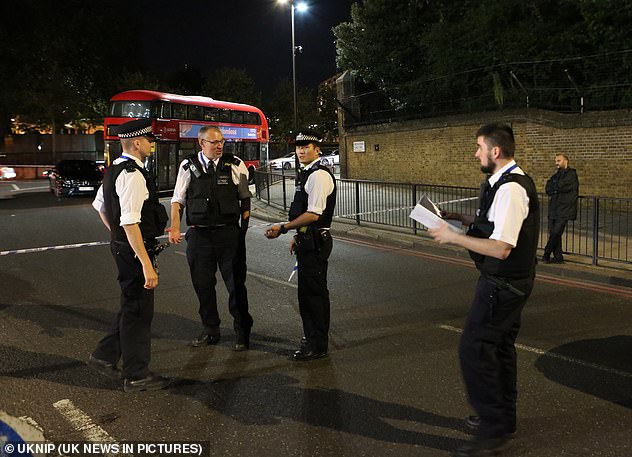 Mr Anand also saw police officers Tasering an occupant of the Range Rover as he unsuccessfully tried to flee the scene.

‘A woman in her mid-40s was taken to a central London hospital for treatment. Her condition has been assessed as non-life threatening but may be life-changing.

‘Officers are investigating an allegation that a Land Rover was deliberately driven at the woman, trapping her against a Mercedes car.

‘This Mercedes was then in collision with a stationary bus, there were no reports of anyone injured on the bus.’

** Did you see it or do you know anyone involved? Email: tips@dailymail.com **