Scotland’s Lowland League has been plunged into turmoil over a new Celtic and Rangers colts row.

Clubs from the fifth tier of Scottish football voted to admit Old Firm B teams for one season at the end of May.

Despite Rangers B sitting second after seven games, with a game in hand that could take them top, however, the SFA have still to sign off the change of rules which gave the move the go-ahead.

And the Lowland League board now fear the plug could be pulled on the colts unless clubs vote to scrap the boundary rule covering sides relegated from the SPFL on Monday night.

Teams dropping out of League Two either go to the Highland or Lowland League depending on whether they play north or south of the River Tay.

Last season, however, a row broke out when Brechin City asked to play in the Lowland rather than Highland League.

Despite warnings from Hampden chiefs that rejection of Brechin’s plea could see invitations to the Premier Sports and Challenge Cups withdrawn, SLFL clubs voted ‘no’ by a margin of 17-0. 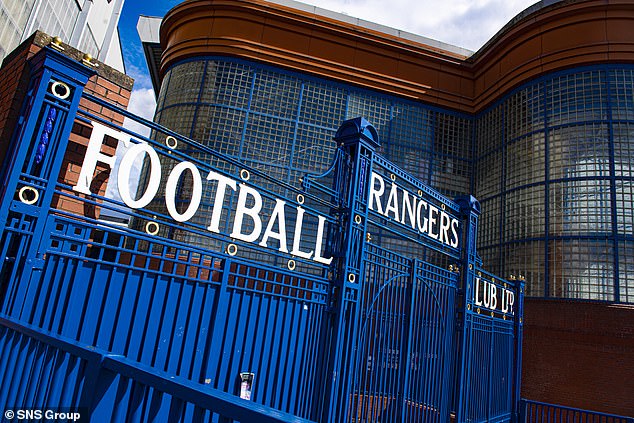 Asked to vote on the boundary rule again on Monday night, the league board are split on whether to warn clubs of any threat to the colts or the promise to let them nominate their own team to participate in the pyramid play-off final if they say no once again.

Thomas Brown of Civil Service Strollers has stepped down from the board over the issue, with others expected to follow.

Brown told Sportsmail: ‘I feel strongly that the Lowland League clubs should have been given all the information available to them ahead of the Special General Meeting next week.

‘As the Board voted against this I feel this leaves a question mark over the integrity of the Board’s decision.

‘As a result I had no other option than to stand down with immediate effect.’

SFA sources have dismissed any suggestion of Celtic and Rangers colts teams being stopped from participating in the Lowland League unless the vote goes their way on Monday night, insisting the fears are without foundation.

With Rangers and Celtic B teams barred from promotion, however, the SPFL still have the option of blocking the highest placed non guest club from participating in the pyramid play-off.