A rape victim says she is living in fear after she found out that her attacker could be roaming the streets again in less than a month.

Christine Jones, 36, said that she felt ‘physically sick’ when she learnt that William Dennis Fenton, 60, would become eligible for parole next month.

The now-successful businesswoman from County Down, Northern Ireland, has waived her right to anonymity to launch a petition to keep Fenton behind bars.

Christine is believed to be the first victim in the UK of a drug rape.

Fenton, who laced Christine’s drink with drugs before raping her, was jailed in 2000 but was released early.

He moved to Scotland and reoffended, committing further crimes, including filming the assault of one victim and was jailed again in 2013 for rape and sexual assault.

Christine, who was 17 when she was attacked, was lured into Fenton’s car and given a bottle of Bacardi Breezer before she passed out.

She added: ‘I lost so many weeks and days of my life to that man that I won’t let him to do the same to another woman.

She said: ‘I was picked up on my way to a party. I was given a drink and the drink was laced with drugs and I never made it to the party.

‘I had been raped repeatedly by the vile sex monster before he dumped me on a street corner.’

Christine said it took her six months to even leave her home following the attack. ‘If he gets out again it’ll break my heart,’ she said. 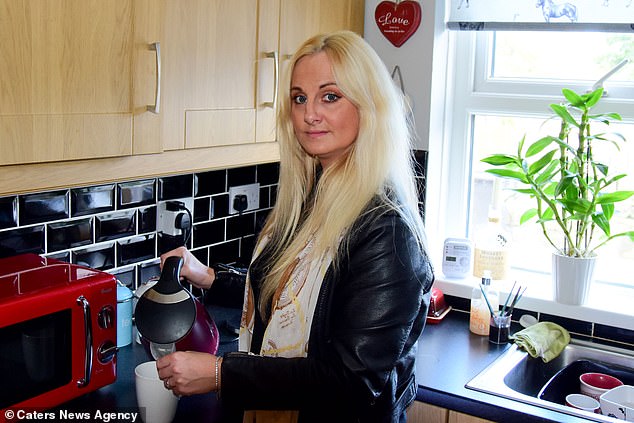 Christine, who gave evidence against Fenton in 2000, said that she had only become aware that her attacker had struck again after seeing the news in a local newspaper

‘It’s not if he rapes again, it’s when, he’s a sexual predator. He should stay behind bars for the rest of his life. Life should mean life.’

She said she still experiences flashbacks and nightmares from her horrific ordeal.

‘In 20 years it’s never gone away and you get transported back into that moment again.

‘If you see a certain face or a certain smell it triggers those memories and your mind goes right back to that place again.

‘You have to use every technique learnt from cognitive behaviour therapy to make sure your brain doesn’t go back into flight mode.

‘All I’d say is that I’m stronger now in dealing with those feelings and I don’t breakdown like I used to.’ 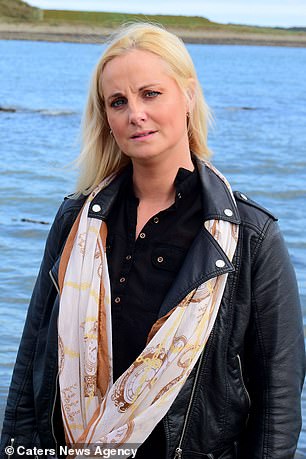 Christine, who was 17 when she was attacked, was lured into Fenton’s car and given a bottle of Bacardi Breezer before she passed out

Christine, who gave evidence against Fenton in 2000, said that she had only become aware that her attacker had struck again after seeing the news in a local newspaper.

‘Back in 2013 I opened the papers and read he’d raped again. It devastated me, it took me a long time to come to terms with that.’

She added that the petition will finally allow her to hit back at the man who nearly destroyed her.

Christine added: ‘I wasn’t able to fight him off when I was 17.

‘I was drugged so I didn’t have the capability to fight him off but I’m now 36 and I’m standing strong against him with the help of others.

‘This is my fight against him. I’m standing strong for every woman he’s raped. I want the public outcry to be heard. I want all his victims to have the strength to come forward.

She said the prospect of his release makes her fearful for her own safety.

Christine added: ‘I feel concerned for my own welfare. If he ever comes near me or approaches me, I’m strong enough to deal with him but at the same time he’s a very dangerous man.

‘You want to take your skin off and scrub it with the feeling that he could be released. It’s a feeling you can’t describe, it’s a mixture of despair, horror, disgust, you feel sick. It’s so many emotions you feel like you’re head may explode.’

A spokesman for Parole Board Scotland said that the board does not comment on individual cases. 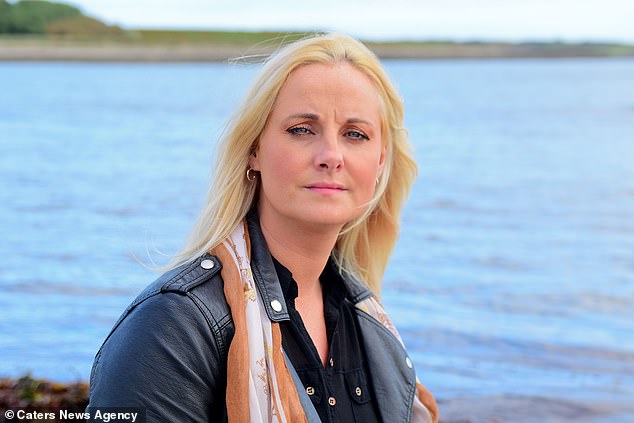