Rapper 21 Savage is being held on ‘lockdown’ for 23 hours a day with no television and little contact with the outside world after his arrest on immigration charges, his manager has said.

Sha Yaa Bin Abraham-Joseph, as the rapper is legally known, was arrested on Sunday in Atlanta, after Immigration and Customs Enforcement said that he is a British citizen unlawfully present in the U.S.

Abraham-Joseph is being held in federal custody pending removal proceedings. His manager, who goes by the name Stone Mound Meezy, said in a tweet on Tuesday that he had spoken with Abraham-Joseph in a phone call.

‘He is in lockdown for 23hrs of the day no tv or any communication besides our 10 min phone calls,’ Meezy wrote in the tweet, which has since been deleted.

Sha Yaa Bin Abraham-Joseph, as the rapper is legally known, was arrested on Sunday in Atlanta, after ICE said that he is a British citizen unlawfully present in the U.S. 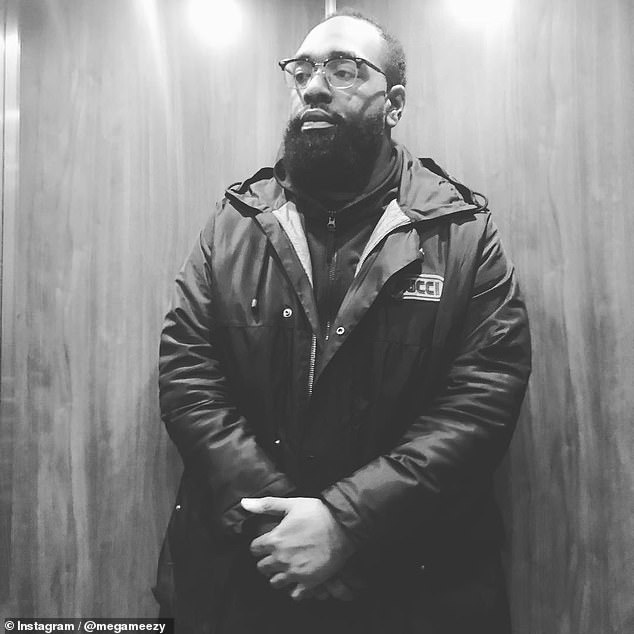 His manager, who goes by the name Stone Mound Meezy (above), said in a tweet on Tuesday that he had spoken with Abraham-Joseph in a phone call

‘Everything I’ve told him that has been happening made him happy and makes this time fly by thank y’all for the support,’ the manager added, alluding to high-profile efforts and petitions to secure Abraham-Joseph’s release.

Congressman Hank Johnson, a Georgia Democrat, joined the cause on Tuesday, penning a letter to the judge who ruled in Abraham-Joseph’s case and calling him a ‘remarkable young man’ deserving of release.

Meezy did not immediately respond to inquiries from DailyMail.com, nor did Abraham-Joseph’s attorney Charles Kuck or an ICE spokesperson.

It is unclear what facility Abraham-Joseph is being held in, and a search of the ICE detainee database under several variations of his name did not yield a result.

ICE has said that Abraham-Joseph is a British citizen who came to the United States from the United Kingdom in 2005, when he was 12, and is ‘unlawfully present’ in the U.S. after illegally overstaying his visa.

In the 13 years since, he has made $8 million from his hit rap songs, toured the world and was even prosecuted for a drug offense in 2014 before his immigration status came to light.

The rapper has got word back to relatives in the UK not to speak with officials if questioned over his life in Britain, MailOnline was told by family members

On Monday, MailOnline exclusively obtained a birth certificate showing that Abraham-Joseph was born to British parents in London until being taken to Atlanta by his mother Heather, who still speaks with a strong English accent. He also has twin sisters in London.

Attorneys for the rapper said on Monday that he had been arrested based on incorrect information about his criminal record and should be released while awaiting court proceedings.

On Tuesday, campaigners from Black Lives Matter said his arrest is part of an epidemic of ‘racist’ arrests by ICE and their Free 21 Savage petition has been signed by 115,000 in 24 hours.

His fans are in shock because they believed he was born and raised in Atlanta – due to his thick accent and the fact that he has never denied claims he was a native of the city.

An ICE spokesman said: ‘His whole public persona is false. He actually came to the US from the UK as a teen and overstayed his visa’.

On Monday, his lawyer said he is currently being ‘intimidated’ by ICE into accepting deportation and claimed the musician never intentionally hid the fact he was actually from the UK 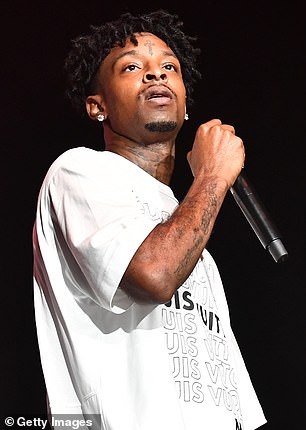 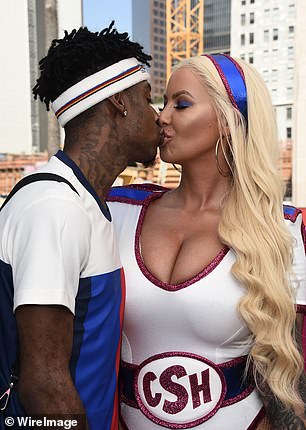 The rapper’s arrest came as a shock to his fans who believed 21 Savage, who previously dated Amber Rose (pictured together in 2017), was an Atlanta native born-and-bred

Charles H. Kuck told TMZ the federal agency is trying to ‘unnecessarily punish him’ and trying to ‘intimidate him into giving up his right to fight to remain in the United States’.

Kuck said the popular rapper is not a threat to his community, nor is he at flight risk and pointed to the musician’s three U.S.-born children, saying they make him eligible for relief from deportation.

The attorney also claimed that Abraham-Joseph never hid the fact he was in the country illegally, adding the rapper even applied for a U-Visa, which is for crime victims, in 2017 and the application is pending.

Kuck said the rapper is eligible for this type of visa because of an incident that occurred in 2013, when he was shot and his best friend Larry was killed.

Abraham-Joseph’s star rose quickly in the Atlanta underground after a pair of 2015 mixtapes. Collaborations with Atlanta artists including Metro Boomin and Offset of rap group Migos raised his profile.

He signed with Epic Records and made a pair of successful albums. His latest, ‘I Am I Was,’ debuted at the top of the Billboard top 200 album charts this past December.

He collaborated with Drake, Cardi B, and Post Malone, whose song with 21 Savage, ‘Rockstar,’ is nominated for two Grammys at Sunday’s awards ceremony in Los Angeles.