But on Friday, hit-maker Iggy Azalea, 28, didn’t let that dim her shine when she attended the iHeart Music Festival in Las Vegas.

Proving she’s not shy, the curvaceous blonde beauty flaunted her hourglass figure in a quirky yet chic ensemble at the star-studded event.

Walking the red carpet solo, without her new boyfriend Playboi Carti, Iggy reveled in her daring side while posing at the media wall.

Showing her knack for style, Iggy opted to wear a pair of fitted white pin strip pants which stopped at her ankles.

The Australian-born chart topper, who has recently made a comeback with her single KREAM, paired the chic pants with a nude short sleeve T-shirt.

Sultry! The blonde bombshell struck a number of different poses at the event, opting for a pair of white pin stripped pants and a tight fitting nude coloured T-shirt with patterns

The T-shirt, which clung to her chest, featured a number of black-and-white stenciled patterns, which looked spray-painted on.

The outing comes after Iggy hit out at Slim Shady rapper Eminem on Twitter recently, after he dissed her by calling her a ‘h*’ in the track Killshot. 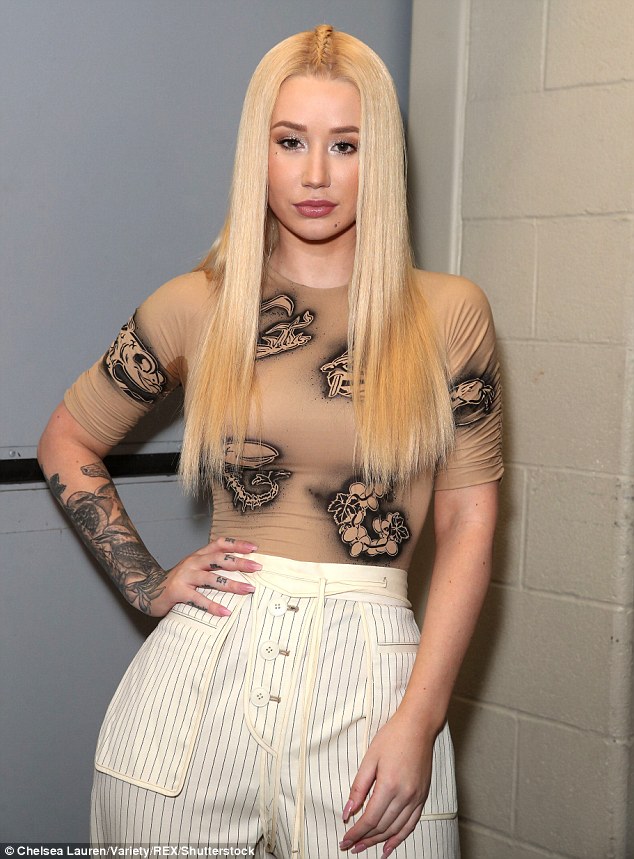 High glam! Iggy, who has recently been feuding with rapper Eminem, chose a glossy make-up palette for the event, including silver eye shadow

Iggy, however, hit back on social media after its release, saying the fellow rapper shouldn’t fill out his songs with celebrity name drops.

It’s been a big month for Iggy, who dropped a bombshell on her Australian fans by saying she won’t be touring Down Under any time soon.

Earlier this month she announced her Bad Girls US tour, but said she won’t make it to Australia because it’s too ‘hard to profit from’ and is ‘too far’ away.

The Black Widow rapper will be hitting the road in the US from late October, stopping at cities including Nashville, New York, Detroit and LA.

She will also perform a show in Canada. 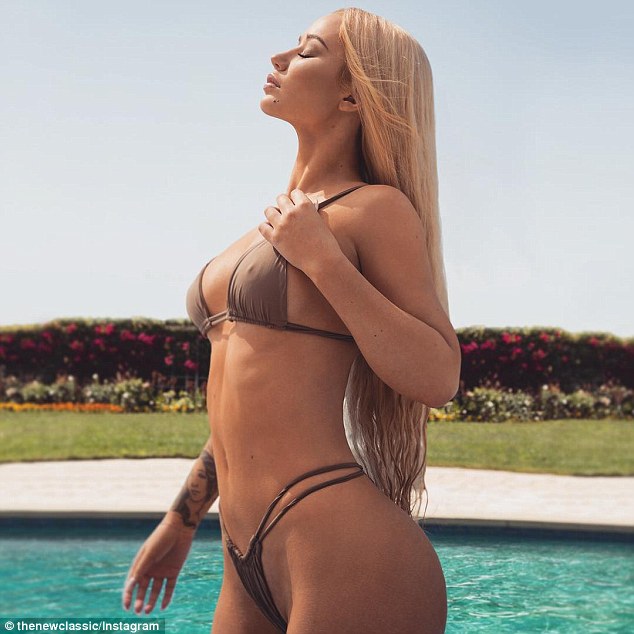 Touring the US! The Black Widow rapper will be hitting the road in the US from late October, stopping at cities including Nashville, New York, Detroit and LA.