A collection of exceptionally rare silver left undiscovered for more than 100 years is expected to fetch more than £150,000 when it goes up for auction.

A private collector, who remains anonymous, originally bought the silverware in the mid-1800s.

The antiques, which date back to the 1400s, remained stashed away in boxes for more than a century before they were uncovered by the collector’s family.

The lots will be sold in Dreweatts upcoming Fine Jewellery, Silver, Watches and Luxury Accessories auction in London on March 8. 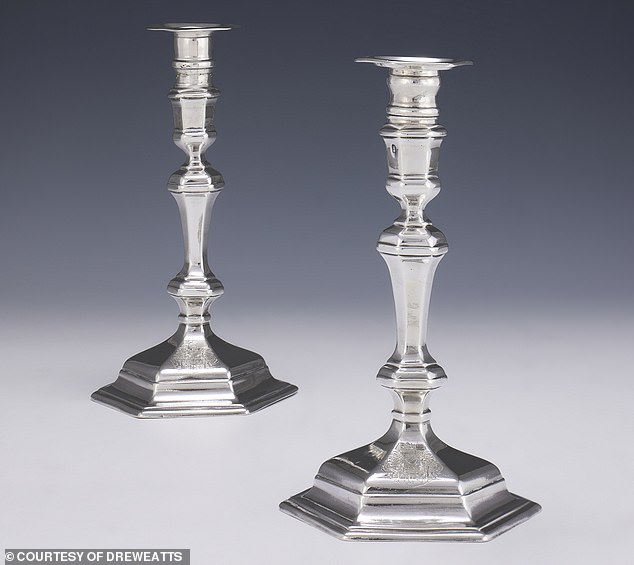 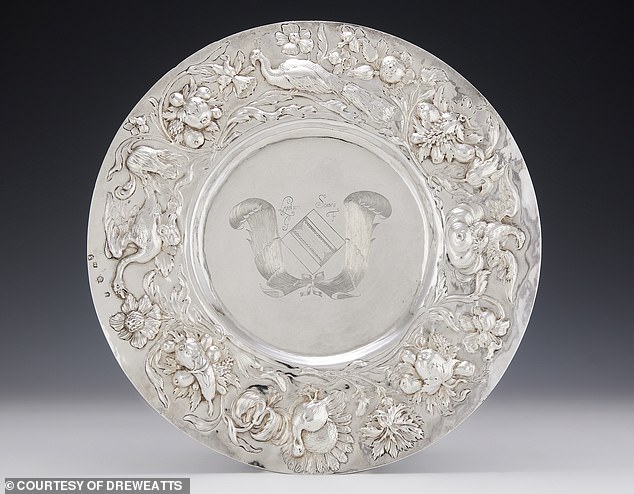 James Nicholson, deputy chairman, international head of jewellery, silver and watches at Dreweatts said: ‘It is very rare for such a large and fine group of highly desirable early English spoons from a private collection to come to the market and even more exciting that the family had no idea what a treasure they had in their midst.’

Among the highlights is a rare Charles II West Country Royalist memento silver Trefid spoon, believed to be made by esteemed silversmith Samuel Cawley in circa 1670.

Trefid spoons are thought to have been brought to England in 1660 by Charles II, who saw them being used in the courts of France.

They were colloquially known as ‘French Fashion Spoons’ and their popularity swept across the UK between 1660 and 1700. It is expected to fetch up to £5,000. 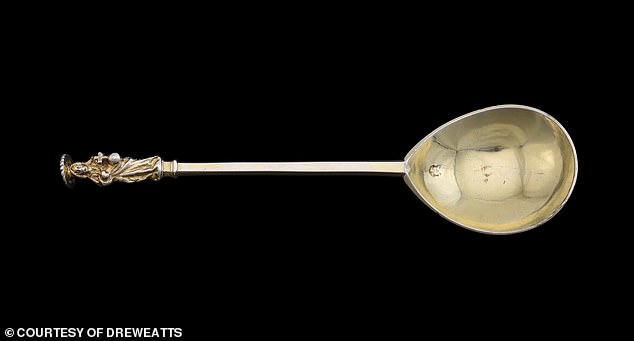 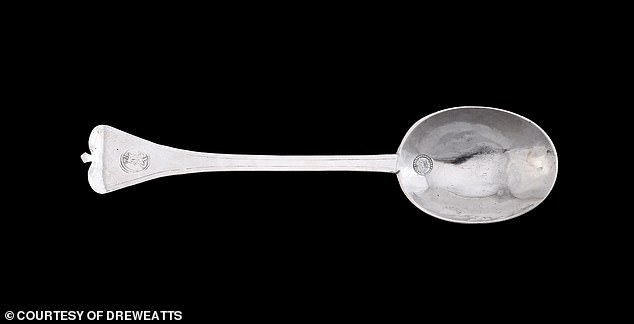 ESTIMATED PRICE £3,000-£5,000: Among the highlights is a rare Charles II West Country Royalist memento silver Trefid spoon, believed to be made by esteemed silversmith Samuel Cawley in circa 1670

There is also a pair of Elizabeth I West Country silver lion sejant spoons by revered maker Thomas Mathew, dating from circa 1580.

The term ‘lion sejant’ refers to the design at the end of the spoon, which sees a stunningly detailed gilded lion sat on a pedestal.

The spoons comprise fig shaped bowls and facetted tapering stems. The pair is estimated to fetch between £6,000 and £8,000.

Also in the collection is a Henry VIII silver apostle spoon.

Apostle spoons are the most recognised of all antique spoons, as their figural finials depict the 12 apostles, each identified by the emblems they carry. 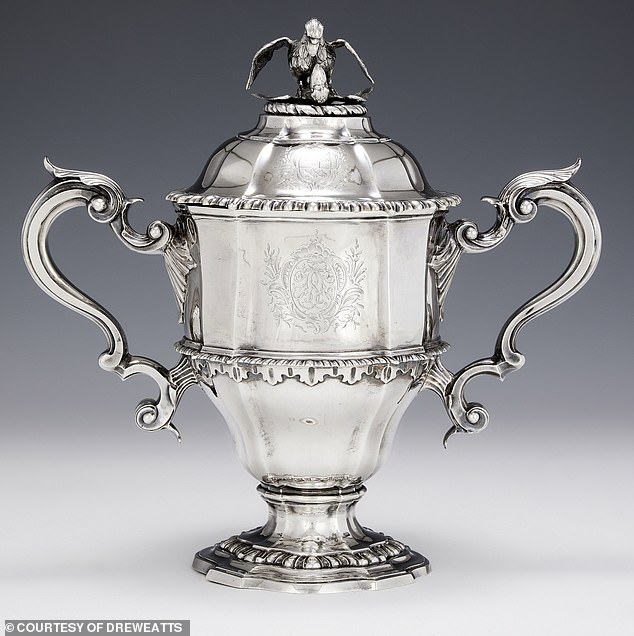 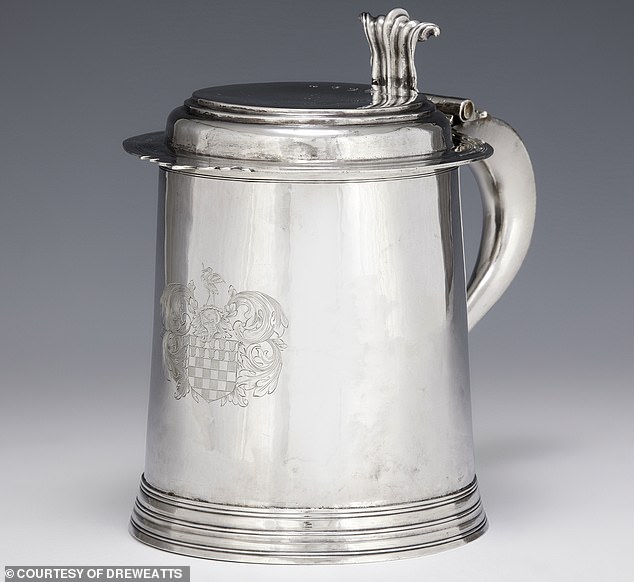 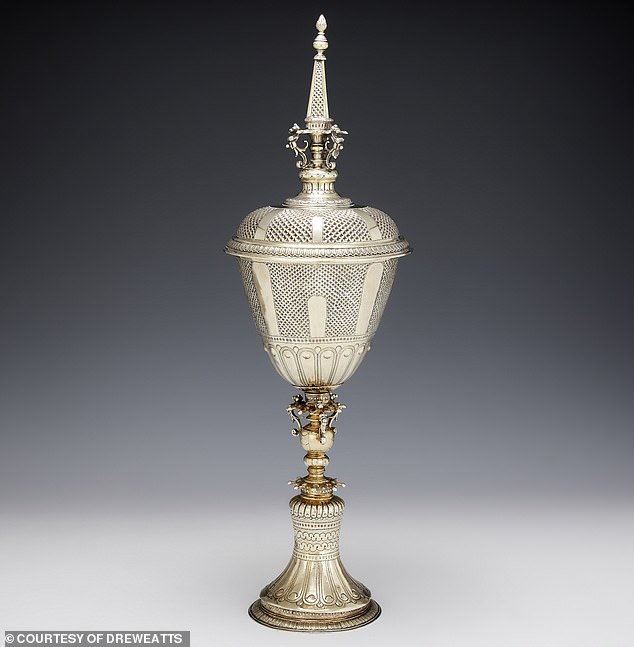 Apostle spoons date from as early as the 14th Century and due to their popularity, were produced up until the 17th Century in England. This spoon has an estimate of £8,000 to £12,000.

Mr Nicholson added: ‘Dreweatts are delighted to present a stunning collection of antique and early academic silver which has been safely tucked away for more than 100 years and finally sees the light again in a sale of Fine Silver and Jewellery this Spring.

‘While the family knew something important was stored away in the boxes, they had no idea of the extent of their contents.

‘The collection includes pieces from the 17th and early 18th centuries, from the reigns of James I, Charles II to the early Hanoverian kings.

‘A large part of the collection is an exciting group of 40 early English Apostle, Seal Top and Trefid spoons dating from circa 1450-1700, with many being from the reigns of Henry VIII, Elizabeth I, James I, Charles I, Charles II and William and Mary.’