A rare copper penny that a man found among his lunch money seven decades ago has sold for a whopping $200,000 at auction – but it was previously tipped to make over a million.

Back in 1943, the production of copper pennies was halted in an effort to preserve the precious metal for shell castings and telephone wires during World War II.

Instead, the treasury opted to produces zinc-coated steel pennies as an alternative.

But 20 copper pennies were accidentally minted that year, after theorists believe left over copper banks from 1942 were mistakenly put in the coin-making machinery and made it out into circulation

Four years later, a then 16-year-old Don Lutes Jr. of Pittsfield, Massachusetts would literally be given a small fortune in the handful of change he received after paying for his school lunch.

Army veteran Don Lutes Jr. (pictured in the 1950s) was given a small fortune in return for paying for his lunch in 1947, when he was handed a copper penny made by mistake in 1943, when the government were trying to preserve the metal for wartime efforts 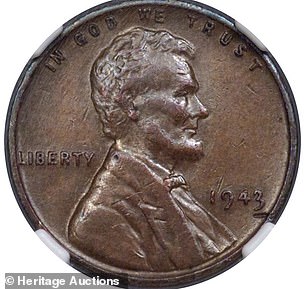 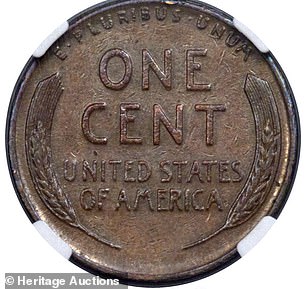 The penny (above), dubbed ‘the most famous error coin’, is thought to be only one of 10 to 15 in existence today. It had been tipped to break the million dollar mark after a similar auction in 2010 – but it sold for $204,000 on Thursday

Knowing the coin to be rare, he stashed the penny for safe keeping for 70 years.

But after his health started to decline in 2018, Lutes, 87, decided to part ways with it to ensure it went ‘to a good home’, according to his friend, Peter Karpenski.

The cent, dubbed ‘the most famous error coin’, sold for $204,000 on Thursday after a live auction bidding-frenzy at the Florida United Numismatics convention, in Orlando.

It had previously been tipped to make eight times that amount, after a similar coin went for a staggering $1.7 million at a 2010 auction.

Heritage auctions in Florida, however, did have the coin valued at $200,000, prior to the auction.

‘What makes this so exciting is that it’s the only time ever in history when the discovery coin for this piece has been available for sale.

‘In other words, this was the first one that was ever found,’ said Sarah Miller of Heritage Auctions to CNN. 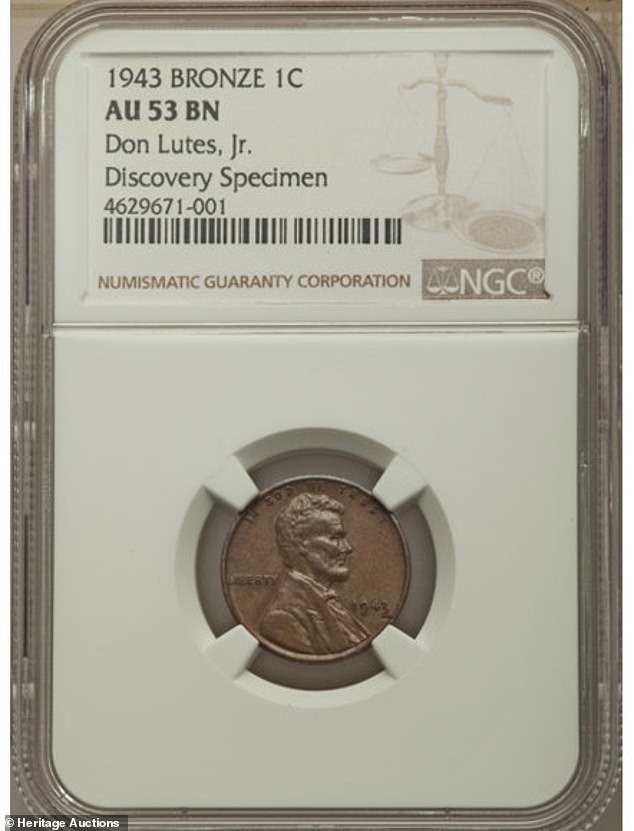 The winner of the bid said he plans to display the coin at various conventions across the country. Lutes decided to part with it last year when his health sharply decline, before dying in September 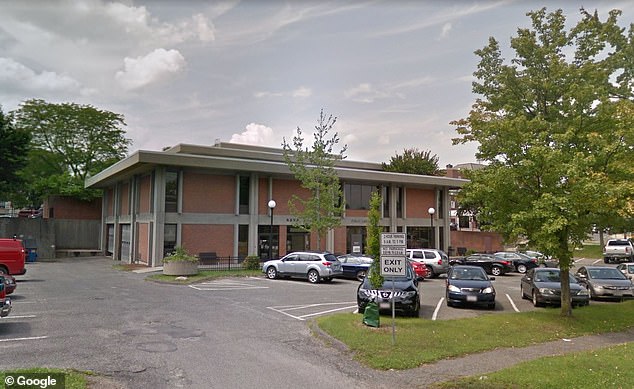 All of the proceeds made by the coin’s auction will be donated to the Pittsfield Public Library, where Lutes volunteered after the passing of his wife

In 1947, Lutes reached out to the U.S. Treasury to inquire about the curious coin but was told it had not made any copper pennies in 1943. But on a hunch, Lutes kept it in his collection.

Over the next few decades the Army veteran would amass a collection of more than 50,000 rare coins, but his first rare find would remain his prized possession.

All of the proceeds made by the coin have been donated to the Pittsfield Public Library, where Lutes volunteered for a number of years.

The library have named a Volunteer of the Year Award after him.

Winner of the bid, Tom Caldwell, of Concord, says he plans to display to coin at various coin shows around the country.