Manatees were left stranded on the dry sea floor after a rare phenomenon caused by Hurricane Irma that sucked away water from the shoreline in Florida.

Sad sea cows were seen beached in the wake of the hurricane because of tFhe strange phenomenon near Sarasota Bay.

One of the citizens who helped save the manatees said the rescuers used a tarp to push the 500 pound mammals into the water.

Marcelo Clavijo told Fox 13: ‘With a handful of people and two of Manatee’s finest that were knee-deep in mud right next to us… we rolled them on the tarp and then dragged them 100 yards.’ 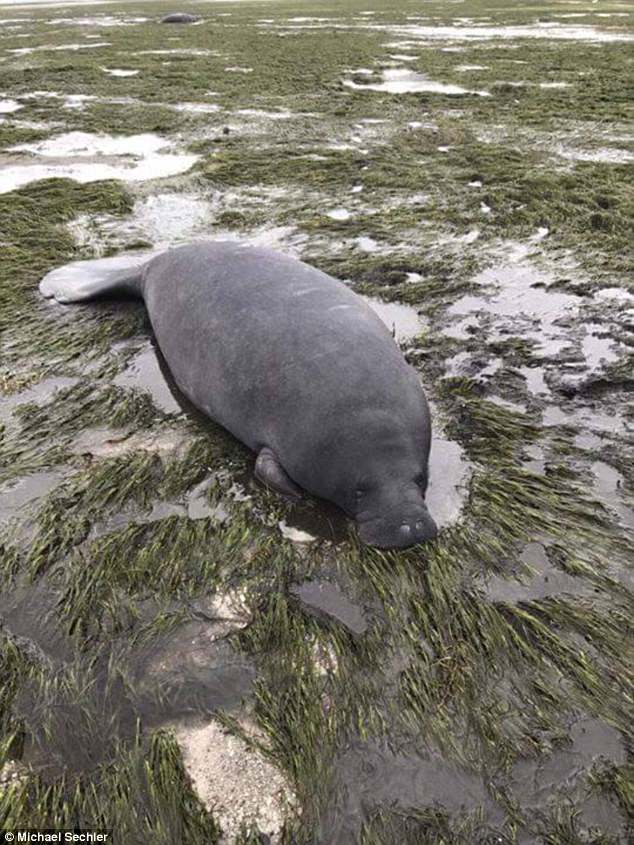 Thankfully, first responders in Manatee County came to the rescue and pushed the sea cows back into the water 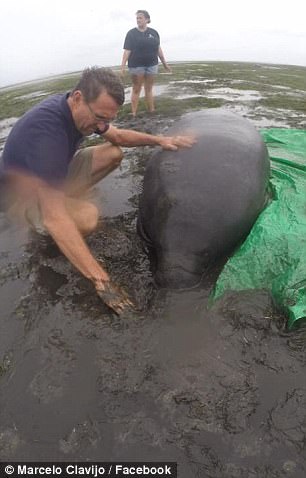 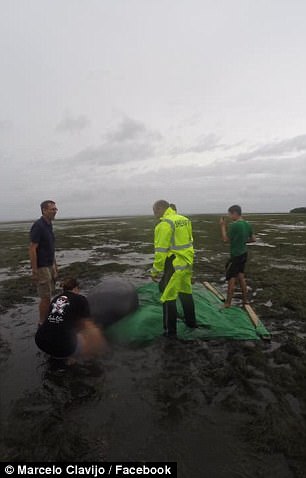 Rescuers used tarps to roll the mammals, which can weigh up to 650lbs, back into the sea

Hurricane Irma is so powerful that it has altered the shape of the ocean in some parts of Floridas, but it will likely be back to normal within a day.

Pressure in a hurricane’s center is low and Irma is so strong that it is pulling water into its core, sucking it away from the ocean, according to the Washington Post.

Deputy weather editor and meteorologist Angela Fritz explained that this may be the result of what she calls a hurricane ‘bulge’. In the center of the storm, pressure is very low which draws water upward into itself.

She also noted the wind was blowing away from the shoreline on Saturday which is why water did not fill the void in a viral video showing Long Island in the Bahamas. 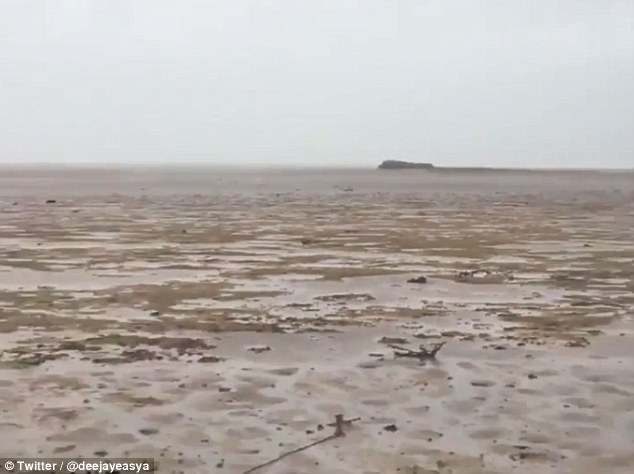 Before: Hurricane Irma temporarily changed the shape of the ocean after hitting the Bahamas on Friday 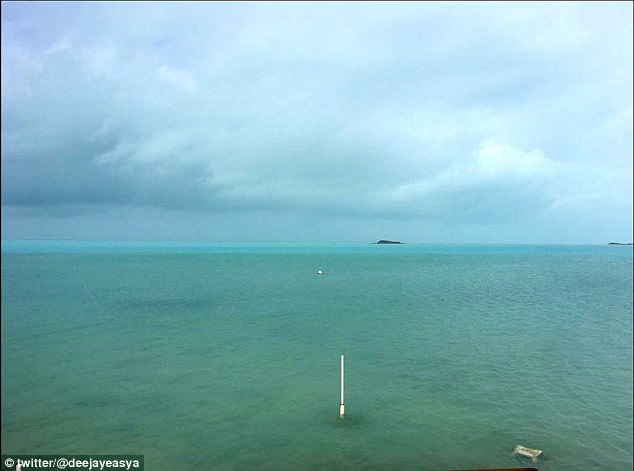 After: Twitter user @deejayeasya tweeted this photo on Saturday saying the shoreline where he lives in the Bahamas is back to normal 13 hours later

Some Twitter users were concerned since receding shoreline that exposes the ocean floor is often a sign a tsunami is approaching. However, Fritz said the water will not rush back rapidly.

The International Tsunami Information Center notes on its website, when the sea drains away to not investigate because this is a typical sign of an incoming tsunami.

The strange video shows her walking on the exposed ocean floor which is dry and covered in large shells.

Another Twitter user tweeted a photo of the exposed beach at a different beach in the Bahamas and showed it was back to normal within less than a day. 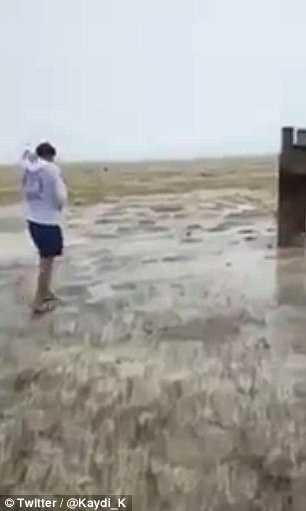 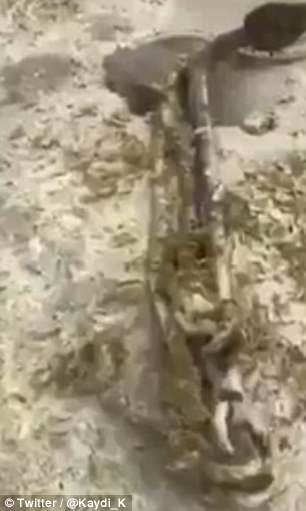 A video shows the ocean floor exposed at Long Island, Bahamas after Hurricane Irma hit on Friday. The beach is expected to go back to normal by Sunday