‘We are close, we are fighting’: Raul Jimenez believes Wolves can secure a top four finish this season

By Tom Farmery For The Daily Mail

It can get quite tiresome when footballers and managers play down their chances of success. Clubs so often remind them to be conservative and not give much away.

All rather boring really. So, it was quite refreshing when Wolverhampton Wanderers’ Mexican striker Raul Jimenez strolled over to a group of reporters in the mixed zone at Carrow Road on Saturday and effectively went against his manager Nuno Espirito Santo by saying his side could qualify for the Champions League.

It came after Jose Mourinho suggested Wolves were ‘smelling’ the top four. Nuno played a straight bat after his side came from behind to beat Norwich.

Asked whether he had his sights on the riches of football alongside Europe’s elite, he said: ‘No, never. Never. We don’t compete for the table, we compete to perform.’

Jimenez clearly didn’t get the brief because when he was told this victory had put Wolves were two points off the top four, he said: ‘We are there, we are close, we are fighting. We are there fighting for the fourth place, like four or five teams. It is special for us and we must continue fighting for that place.’ 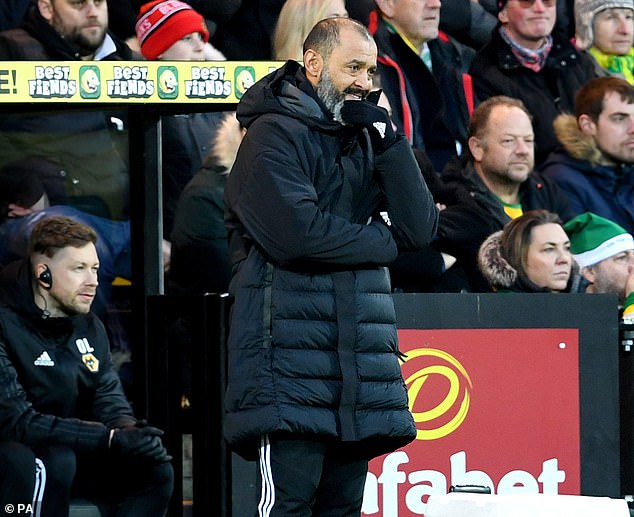 After Chelsea’s win on Sunday they are now a further three points off fourth,but what is so impressive about Wolves is their ability to stay calm and not panic when at first their plan doesn’t appear to be working.

Not once did you get the impression Wolves thought a comeback was impossible. ‘Yes,’ Jimenez said. ‘We know that we are a very good team and that we have players that can change matches.’

They certainly do. Jimenez is calm and composed in front of goal — as his finish on Saturday highlighted — and has now scored 16 goals this season. Rapid winger Adama Traore has added an end product to go with his blistering pace. Matt Doherty is tireless at right wing-back and Jonny, Ruben Neves and Joao Moutinho add the graft and guile in the middle of the park.

It was assumed this relatively small squad would struggle with the Europa League distraction and it did take them seven Premier League games to record their first win this season as the novelty of Europe took a toll.

But since coming to terms with the hectic schedule they have stormed up the table, beating City at the Etihad on route. 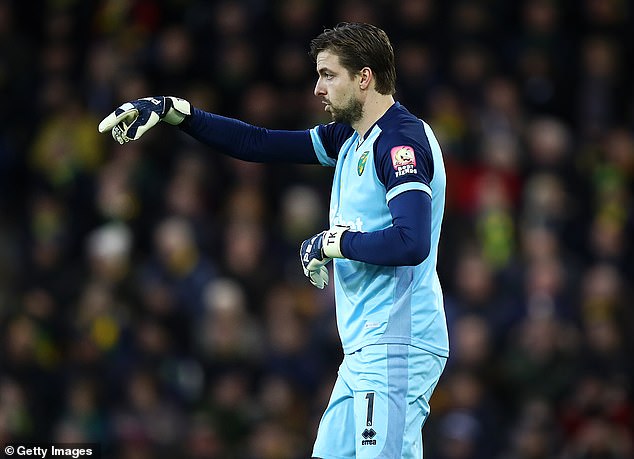 So, what about Norwich? Well, they are six points from safety and the way they folded after Saiss’s equaliser had the hallmarks of a side lacking belief and confidence.

Krul, who at 31 is in his seventh Premier League season, is experienced enough to know when alarm bells are ringing but is confident that his team-mates haven’t given up.

‘We’re playing Aston Villa on Thursday and we haven’t done so well against our direct opponents this season so we need to turn it around,’ the goalkeeper said.

‘The newness of the Premier League is gone now and we know what to expect and I think we’re ready to fight.’