Mexican drama Dark Desire is centres around married Alma, who spends a fateful weekend away from home which ignites a steamy tryst with a 23-year-old named Dario, before tragedy ensues and she’s left questioning the truth about those close to her.

‘I don’t know why I started watching that #DarkDesire in the middle of the night – it’s 365 Days all over again! Some very passionate wrestling in there,’ wrote one, while a second penned: ‘5 minutes in and we have a murder & a cheating husband. This is already fabulous!!’ 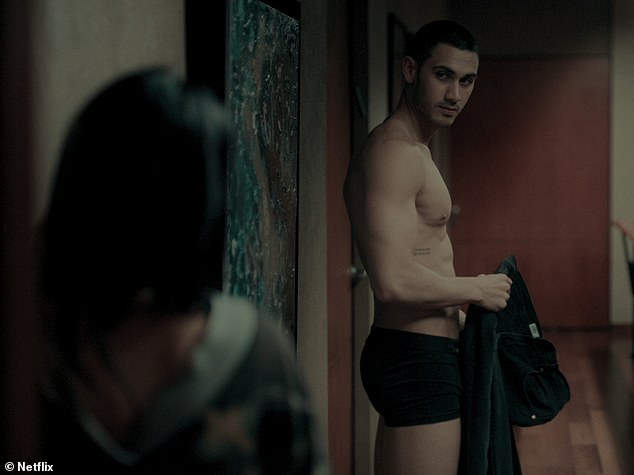 Alma meets 23-year-old Dario Guerra during her getaway (pictured, together) and they have a wild tryst

Taking to Twitter, one person wrote: ‘I don’t know why I started watching that #DarkDesire in the middle of the night – it’s 365 Days all over again! Some very passionate wrestling in there’

The synopsis of the show, which documents two separate affairs, reads: ‘Alma Solares, a prestigious lawyer and college professor, who visits her best friend for the weekend to ‘process the grief’ of the latter’s divorce.

However, during the getaway, Alma meets 23-year-old Dario Guerra, and they have a wild tryst in their hotel room, where Dario can be seen greedily kissing Alma’s body.

She returns home with her husband and daughter, determined to forget her lapse in judgment, but her life becomes a living hell.

What started as a minor adventure becomes an incendiary passion, and then a dangerous obsession, unraveling a chain of secrets of a past that fatally binds them all.’

In one scene, Alma arrives home and that night, has a dream whereby Leonardo pulls a gun on her while she has steamy encounter with Dario in the pool.

Elsewhere, Leonardo ‘accidentally’ sprays Edith with a showerhead, making her white outfit see-through – before making love in the shower.

Thorough the first few episodes, Alma tries to fight her lust for Dario, but is haunted by the steamy memories of their initial encounter while taking a shower. 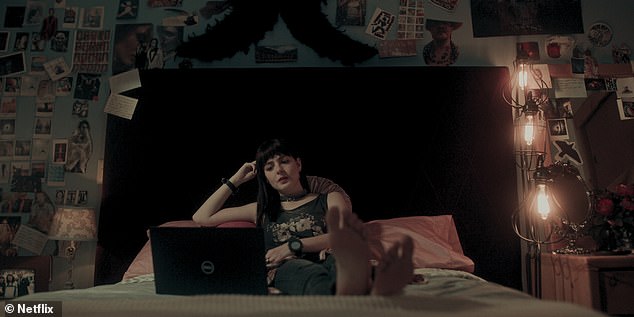 Alma and Leonardo’s daughter, Zoe Solares (played by Regina Pavón), has a bizarre fascination with death and dreams of becoming a forensic examiner 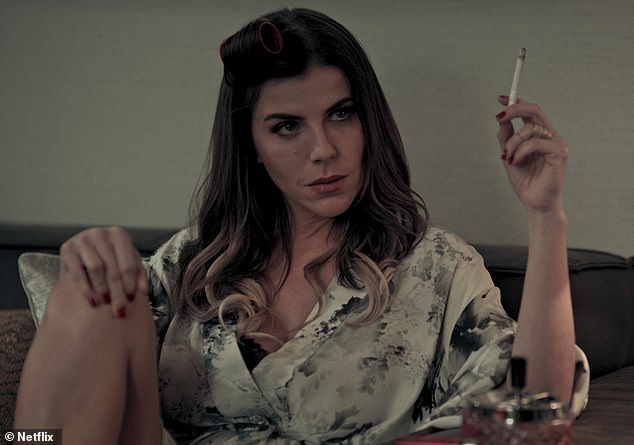 Brenda Castillo (played by María Fernanda Yepes) is Alma’s best friend and after going through a divorce, persuades her pal to hit the town 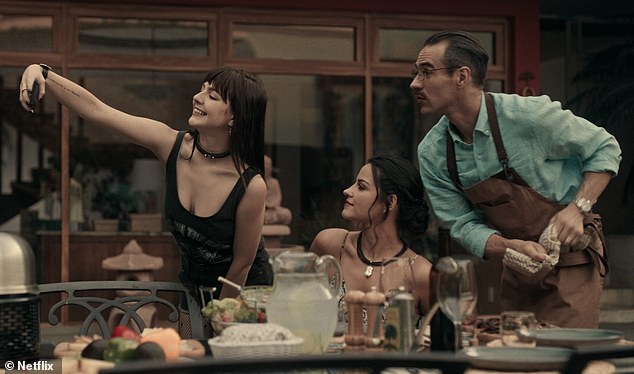 Alma’s husband and Zoe’s father, Leonardo (pictured, far right) is a judge – who is having an affair with his executive assistant, Edith

Eventually, the pair meet again after Alma finds out about her husband’s affair, and share a passionate romp in Dario’s car repair shop, where the 23-year-old conveniently lives.

Alma succumbs deeper to her desire as Dario pushes her against a wall before taking her to bed and slowly undressing her.

As Leonardo and Alma work on their marriage, they too enjoy some romps in their home, with the unfaithful husband kissing on his wife’s shoulder blade before taking things further.

Taking to Twitter, one viewer penned: ‘Alma & Dario. I love their chemistry,’ while a second commented: ‘The best friend slept with marichuys husband! Marichuys lover slept with her daughter! What in the entanglement is going on!?’

Others were quick to swoon over Dario, with one writing: ‘Dario is so hot,’ and a second joking: Can I have a #Darío please. Like he is sooo… hot. I am still at episode one but I DON’T CARE WHAT HAPPENS IN the REST OF EPISODES. I have decided I will be on Darío’s side no matter what!’ 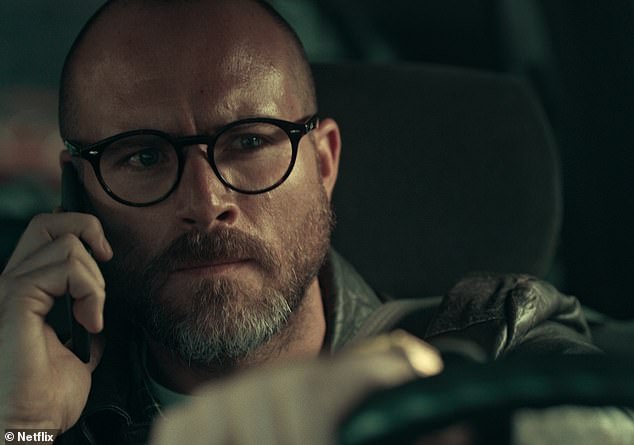 Leonardo’s brother, Esteban (pictured), is a former criminologist and keeps a close eye on the main characters

It’s unsurprising many have made comparisons to Polish film 365 DNI, also known as 365 days, which tells the story of ‘fiery executive’ Laura Biel (Anna-Maria Sieklucka) who is kidnapped and imprisoned on a holiday to Sicily by mafia boss Massimo Torricelli (Michele Morrone).

Fans of the X-rated film said it was the ‘hottest thing ever’ and ‘made Fifty Shades of Grey look PG’, but critics accused the creators of ‘romanticising’ a dangerous relationship between a captor and victim.