Lamar Jackson will miss his third consecutive game when the Baltimore Ravens travel to Cleveland to face the Browns on Saturday.

The former MVP has been absent from practice this week as he recovers from the knee injury he suffered two weeks ago. Backup Tyler Huntley has participated in practice, despite being placed in the concussion protocol after leaving Sunday’s win over the Pittsburgh Steelers following a hit to the head.

‘As he goes through the protocol, we’re allowed to do certain things,’ offensive coordinator Greg Roman said Wednesday of Huntley. ‘He seemed great after the game, and once he clears that protocol, I think all systems go. Then, we’ll just kind of make some decisions after that.’ 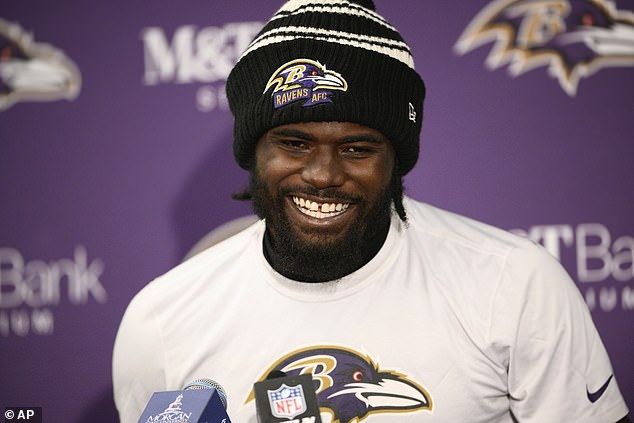 Baltimore Ravens backup quarterback Tyler Huntley is in line to get the start vs. Pittsburgh

The Ravens are currently tied with the Cincinnati Bengals at 9-4 atop the AFC North.

If Huntley and Jackson aren’t available for Saturday’s game at Cleveland, the Ravens would have to turn to third-string rookie Anthony Brown at quarterback.

Huntley threw for 88 yards and ran for 31 against Pittsburgh after starting in place of Jackson. His skillset isn’t too much different from Jackson’s, but Roman said he wants Huntley to be careful about taking big hits.

‘We had a nice little chat about that, and it’s something that he’s keenly aware of,’ Roman said. ‘We have to do a much better job in that area — and we have to emphasize it more. He’s definitely more aware of it now.’

Other than players who were simply resting, Jackson was the only person on Baltimore’s injury report who missed practice entirely Wednesday. Tackle Morgan Moses (knee), guard Kevin Zeitler (knee) and punter Jordan Stout (knee) were limited. 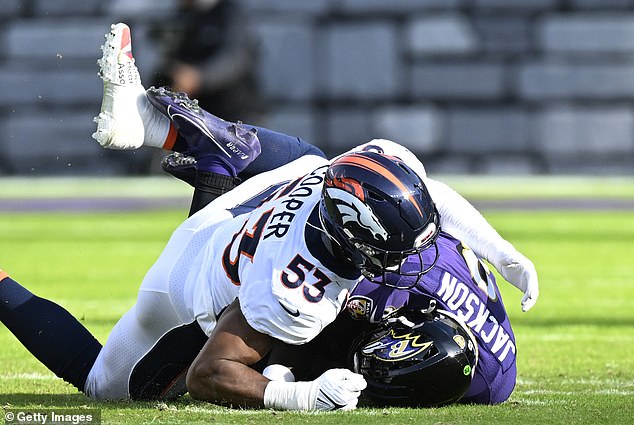