RAY MASSEY: Electric battle hotting up between Ford and Tesla

An electric battle is hotting up between Ford and Tesla for the best upmarket battery-powered cars. This week I got behind the wheel of Ford’s scintillating new green-and-mean flagship all-wheel-drive Mustang Mach-E GT, pinnacle of its all-electric Mach-E range.

It’s a brave decision to call what is essentially an electric SUV crossover a Mustang, the corporation’s legendary V8 petrol muscle car. While the first Mach-Es impressed, the new GT takes that to another level. I drove the new more powerful, slightly lower-riding Mach-E GT around the gorgeous, unspoilt Croatian region of Istria.

It certainly shifts. In addition to Whisper mode (for relaxed driving), Active (the default comfort setting) and Untamed (for a full-on sporty drive), there is now Untamed Plus for even more speed when on the track.

Ford has cunningly taken the best of the stylish, minimalist Tesla and added raw Ford passion to make it less purist, with some handy user friendly touches. These include a second smaller screen in front of the steering wheel.

The Mach-E GT has awesome acceleration. A dual electric motor and all-wheel drive enables rest to 62mph in 3.7 seconds, up to a top speed of 125mph. Its 487hp makes it Ford’s fastest-accelerating European five-seater ever. It’s not quite as quick as the ultra-exclusive Ford GT supercar, but it does boast 15 per cent more torque than its lower-slung sibling.

It’s also set up and calibrated to deliver more puling power to the rear wheels than other all-wheel drive variants. Ford says the front motor works independently to provide extra power and traction to the front-wheels to create seamless acceleration and heightened cornering ability. 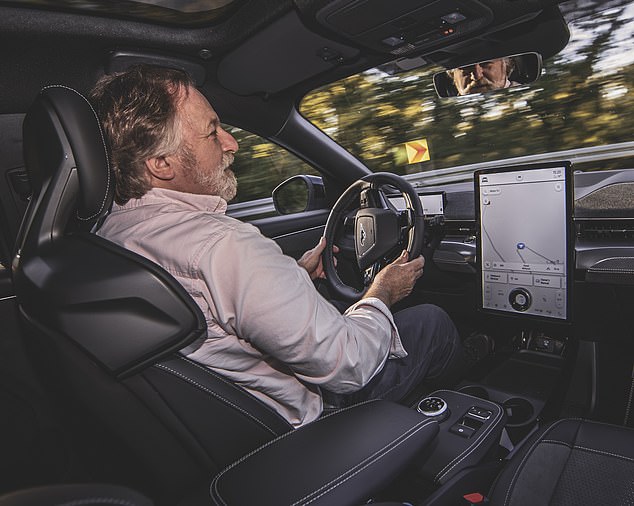 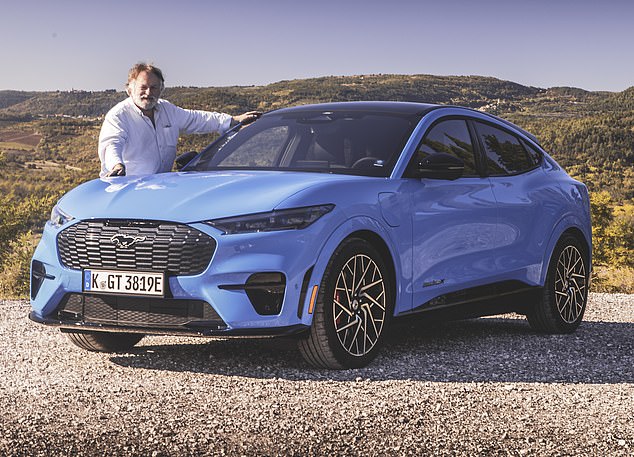 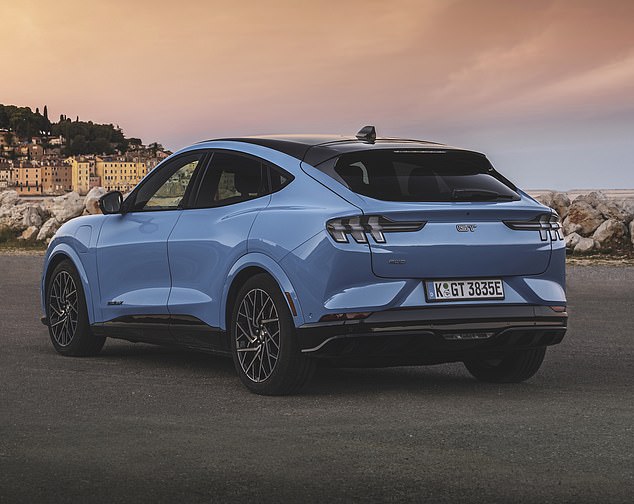 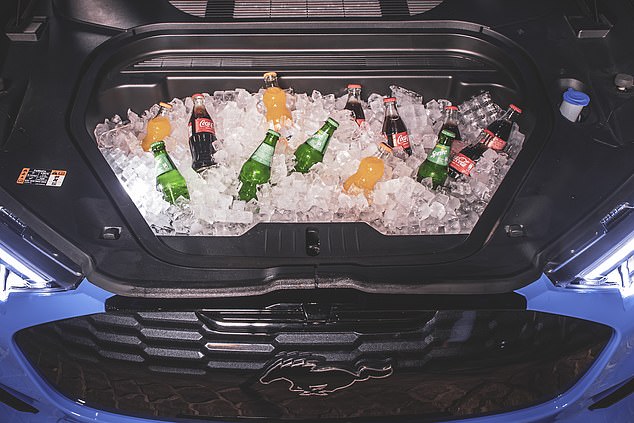 I could certainly feel myself being pushed back into the cossetting sports seat like an astronaut at lift-off. But it’s a controlled power that never feels unmanageable or erring on the side of terrifying.

Ford Mustang Mach-E GT: Will it fit in my garage?

Driving modes: Whisper, Active, Untamed and Untamed Plus (for track)

It is grippy on twisting mountain roads, feeling taut and muscular, just as you’d expect from a sporty crossover with a whopping petrol or diesel engine under the bonnet.

However, on one particularly tight downhill hairpin bend, approached at a suitably judicious speed, there was a curious clunking as the adaptive safety braking kicked in. Apparently every driver involved in the launch experienced the same. Maybe the settings are perhaps a little over-cautious or it could be a glitch in early production cars.

As for its usability in different drive modes, the ‘active’ setting is a delight for general driving and a good mix when combining general cruising with a bit of performance. Winding it up to ‘untamed’ takes it up a notch and is fun for a bit more driver involvement – but can be a bit wearing over time on a long journey. So switching between the two is the best plan, in my eyes.

Other than that it’s long-legged on motorways and tootles nicely and with good manners in town.

Charging to 80 per cent takes 45 minutes and all that will set you back from £65,080. There is ample storage, with 402 litres in the rear expanding to 1,470 litres with the rear seats down, plus another 100 litres in the front trunk. An app converts your smartphone to a key.

Ford aims to create a new electric Mustang family, maybe including a more coupe-like two-seater version and even a seven-seater.

Earliest GT orders will arrive by the new year and orders made now by the spring.

Scuffed alloy wheels would clock up an £890 million repair bill for Britain’s motorists — if they actually paid to repair them, says a new report.

Skoda UK’s research reveals that more than a third of motorists are driving vehicles with damaged alloy wheels, with 56 per cent of the damage caused by hitting a kerb.

Almost a third of UK drivers admitted hitting another vehicle or object when they were parking. 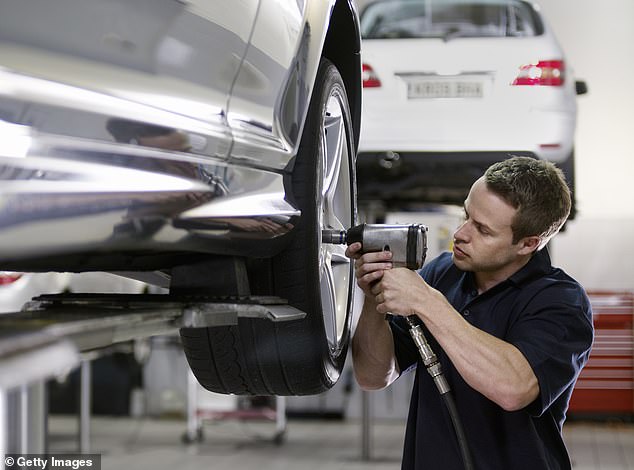 Damage limitation: Skoda UK’s research reveals that more than a third of motorists are driving vehicles with damaged alloy wheels

The study claims there are more than 13million kerbed alloy wheels across the country, which would cost more than £890million to fix, based on an average repair price of £67.50.

There are also safety issues, as hitting a wheel could lead to tyre faults, tracking issues and steering vibrations.

Prices for the new Fabia start at £14,905 on the road, with the first UK deliveries early next year.