Would you pay up to £70,000 for a Kia? That’s around £10,000 a seat for the forthcoming all-electric, seven-seater Kia EV9 crossover, seen here as a near production-ready prototype.

The Korean car firm, once renowned for its value-for-money vehicles but becoming increasingly upwardly mobile, is set to launch the striking new EV9 officially early this year ahead of first deliveries in the UK by the end of the year.

The current EV6 electric crossover was launched last year — along with a new generation Niro and new Sportage SUV — and already costs from £45,345, with a sporty GT variant from £62,645.

Pricey: The brand is soon to launch the all-electric EV9 which can cost £70,000

The new EV9 will sit above this and is just one of 14 EVs being launched globally by 2027. Nine are coming to the UK ahead of a fully electric lineup by 2030, with some built in Slovakia from 2025. Famed for its pioneering seven-year warranties, it’s a sign of how things are kicking off at Kia which has, for the first time, broken through the landmark 100,000 cars a year barrier in the UK. It is now our sixth biggest seller, having raised sales last year by 10.3 per cent against a market fall of 2 per cent.

I popped into Kia’s British headquarters in Walton-on-Thames, Surrey, this week to see energetic UK president and chief executive Paul Philpott who spelled out to me just how far they’ve come in the past 15 years — and where they’re going next.

Kia celebrated record sales of 100,191 in 2022 — four times as much as in 2007. Top sellers last year were the Sportage SUV, the Niro family and the Ceed family of vehicles. Philpott says 20 per cent of this year’s advance order bank is already for electric vehicles — and that is expected to rise.

The UK average electrified mix is 34 per cent.

And while Kia’s total electrified sales soared by 48 per cent year on year, those of traditional internal combustion engines fell by 7.4 per cent. 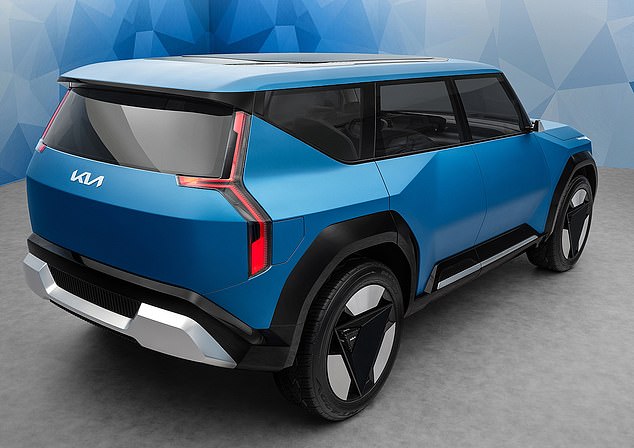 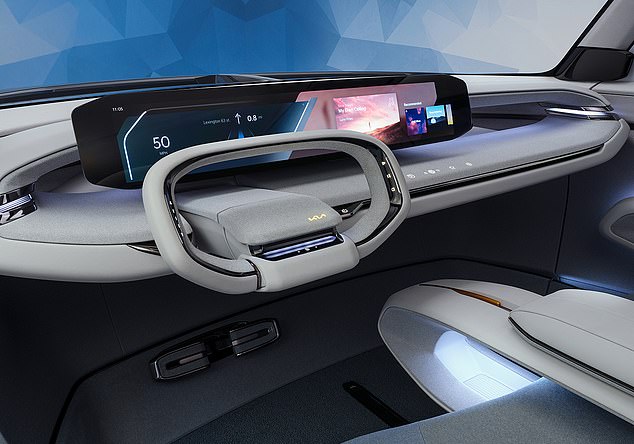 While Kia’s total electrified sales soared by 48 per cent year on year, those of traditional internal combustion engines fell by 7.4 per cent 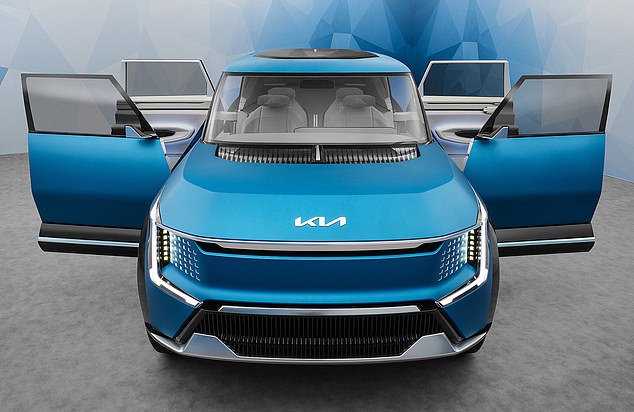 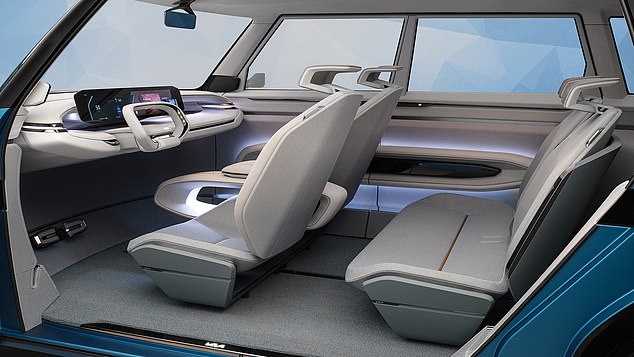 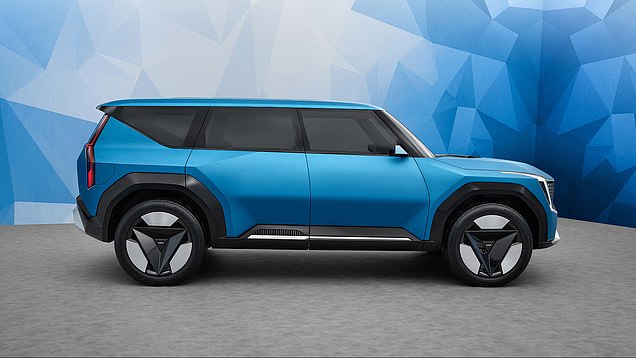 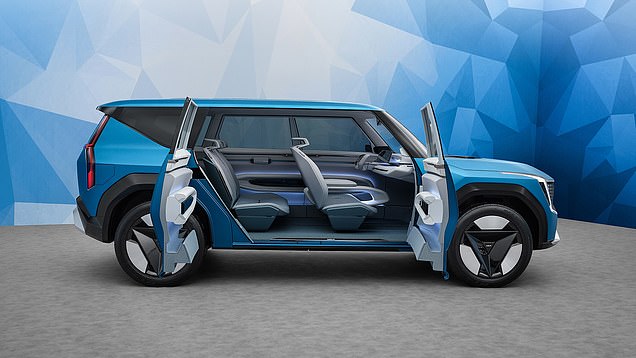 Kia has sold nearly 1.4m cars in Britain since it launched in the UK in July 1991

And in 2025 it will be launching the first of its fully electric eLCV commercial vans.

With 191 dealerships in the process of being revamped, Philpott is conscious of competition from emerging Chinese brands like MG and Polestar, and recent hefty price cuts by Tesla.

He said: ‘China is big competition. Anytone who thinks otherwise has got their head in the sand.’

But he adds that many are moving from premium brands such as BMW, Audi and Jaguar: ‘They can get a highly specced EV6 for £58,000 and see it as fantastic value.’

Kia has sold nearly 1.4m cars in Britain since it launched in the UK in July 1991.

Philpott said: ‘Since Kia first entered the UK car market 32 years ago, the brand has gone from strength-to-strength.’

The all-electric Jeep Avenger has been crowned European car of the year 2023 by an international jury.

It is the first time that the U.S. brand — now part of the giant Stellantis group — has won the accolade in the 60th anniversary of the award, this year presented at the Brussels International Motor Show. 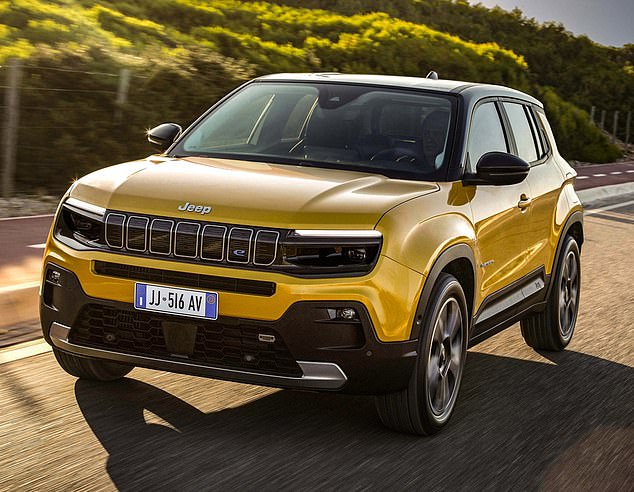 Sleek: The all-electric Jeep Avenger has been crowned European car of the year 2023 by an international jury

Pre-orders for the compact, zero-emissions Avenger 1st Edition have opened in the UK priced from £36,500, ahead of the full range launch in June. Powered by a 156hp (115kW) electric motor, Jeep claims a 248-mile range.