Timo Werner is gone, this is their first Champions League quarter-final ever and they haven’t played in seven weeks! RB Leipzig are being thrown in at the deep end against Atletico Madrid… but they are used to navigating uncharted waters

RB Leipzig should be no stranger to new surroundings. For a club who celebrated their 11th birthday in May, uncharted waters are regularly navigated.

Even so, the uncertainty and unfamiliarity around Thursday’s Champions League quarter-final with Atletico Madrid represents a curious challenge for Julian Nagelsmann and his players.

This is Leipzig’s first venture into the knockout stages and a first meeting with Spanish opposition. 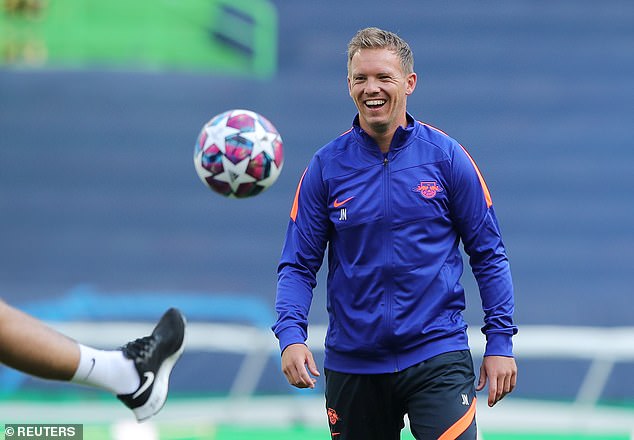 And for Nagelsmann, this is a first game without talisman Timo Werner and, for his remaining players, a first competitive game for nearly seven weeks.

Though Leipzig were playing in Germany’s fifth tier only a decade ago, their ice-cool dismantling of Tottenham in the last 16 suggest they will not be overawed on the biggest stage.

Burn-out should not be a problem either, given they ended the Bundesliga season — securing a third-place finish — in June.

But plugging the hole left by Werner is a stiff test for Nagelsmann, Leipzig’s 33-year-old coach. Before the forward’s £53million move to Chelsea, he delivered 34 goals and 13 assists this season. 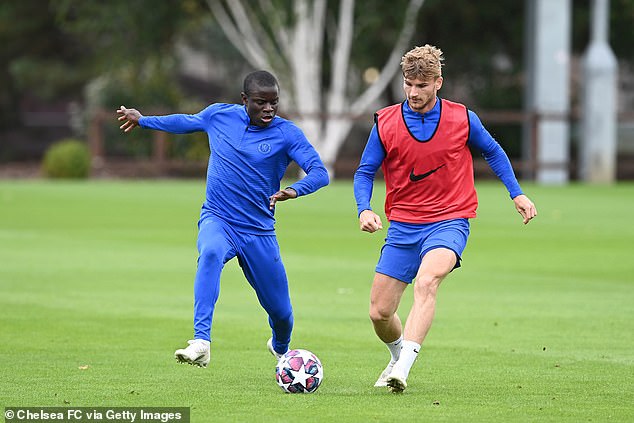 They will not be able to call on Timo Werner, who joined Chelsea in a £53m deal this summer 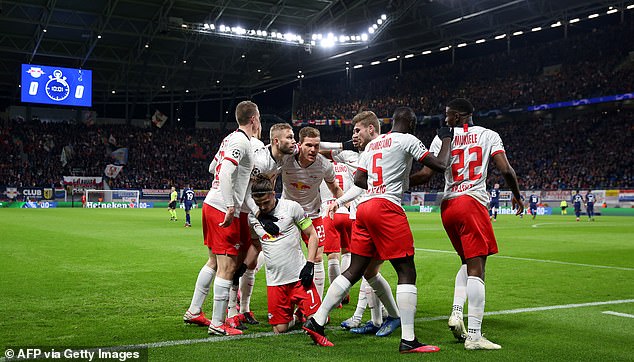 Patrik Schick, on a season-long loan from Roma, and Marcel Sabitzer are among their alternative threats. But with his pace, neat feet and clever movement, Werner was the surgeon-in-chief — scoring one and creating another — as Tottenham were cut apart in the 4-0 aggregate defeat.

The 24-year-old’s rise embodies Leipzig’s ability to source and nurture young talent, which has helped fuel their rise.

Players of his ilk do not come around often and Nagelsmann has been starved of chances to forge a new forward line.

Leipzig returned to training on July 22 and have had just one friendly against Wolfsburg to prepare for this match. 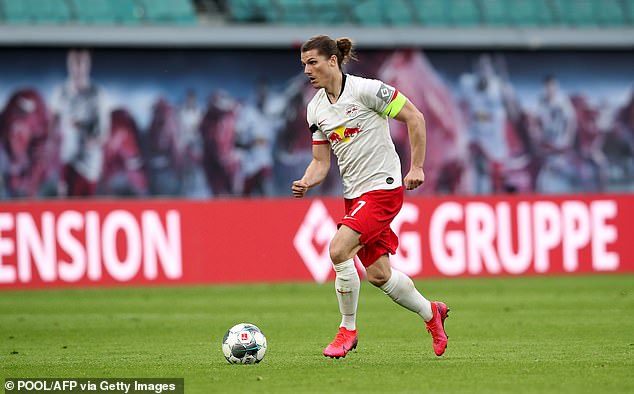 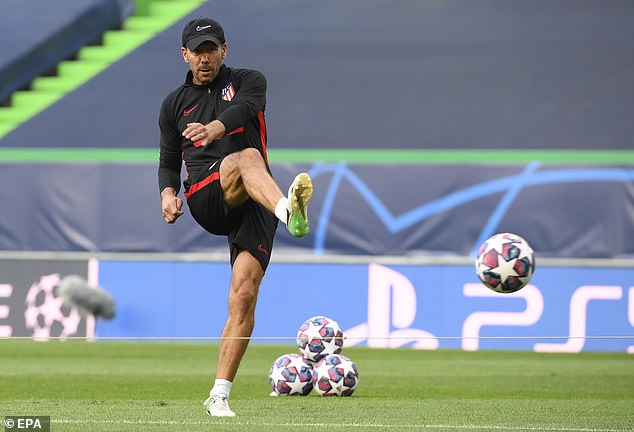 Against Atletico, his depleted side will be afforded little time to find their feet. Under Diego Simeone, the Spanish outfit have honed their concussive style — built on ferocious intensity and discipline — and since Leipzig’s last league game, Atletico are seven matches unbeaten. 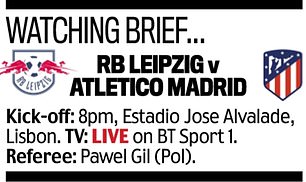 For Simeone’s side, there ought to be fewer unknowns ahead of Thursday’s game in Lisbon.

Even if this one-off quarter-final is unlike any other, Atletico are well-versed in big European nights, having reached five finals in the past decade.

Their preparations, however, were thrown into disarray when forward Angel Correa and defender Sime Vrsaljko tested positive for coronavirus late last week. That disrupted Atletico’s training schedule and briefly put travel plans on hold before players and staff were retested —all returning negative results.

Correa and Vrsaljko are isolating at home and will miss the rest of the tournament, while midfielder Thomas Partey — wanted by Arsenal — could miss out too. He has been battling a muscle injury.