As Gladys Berejiklian prepares for her final day of evidence at ICAC tomorrow, she may be asked about a rude, abrupt email her ex-lover Daryl Maguire sent her.

The former NSW premier, who is being investigated by the Independent Commission Against Corruption, had a tempestuous secret relationship with disgraced former Liberal MP Maguire.

A text message tendered into evidence at ICAC has Mr Maguire whining to Ms Berejiklian that ‘I just went to see Treasurer staff! No money for stage 3. Wagga Hospital needs 170 million? No money.

Gladys Berejiklian was seen exercising in designer Lululemons on Sunday morning, as she prepares for he final day of ICAC testimony on Monday 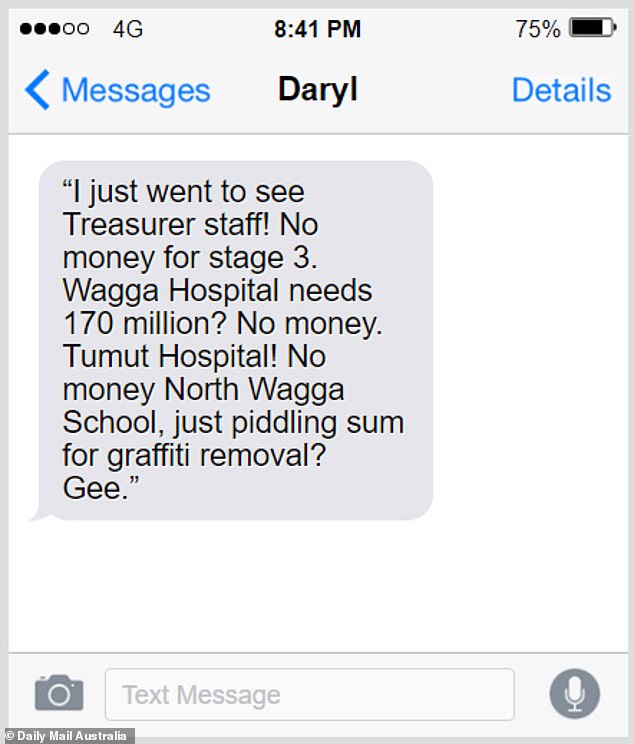 Daryl Maguire sent an angry SMS to then premier Gladys Berejiklian, who was his secret lover

Counsel for ICAC Scott Robertson asked Mr Berejiklian: ‘Did you take those messages as a request to intervene or fix some issue or concern that Mr Maguire was raising in relation to the stage 3 of the Wagga Wagga Base Hospital?’

‘I took that as his frustration about those matters, and I would have assumed he’d be pursuing those with the Minister for Health (Brad Hazzard), as well as the Treasurer (Dominic Perrottet),’ she replied.

In a subsequent phone call, which was tapped by ICAC investigators and played at the inquiry Ms Berejiklian tells Mr Maguire that she has sorted it all out.

The then premier also told Mr Maguire that she was able to do this because the Mr Perrottet ‘just does what I ask him to’. 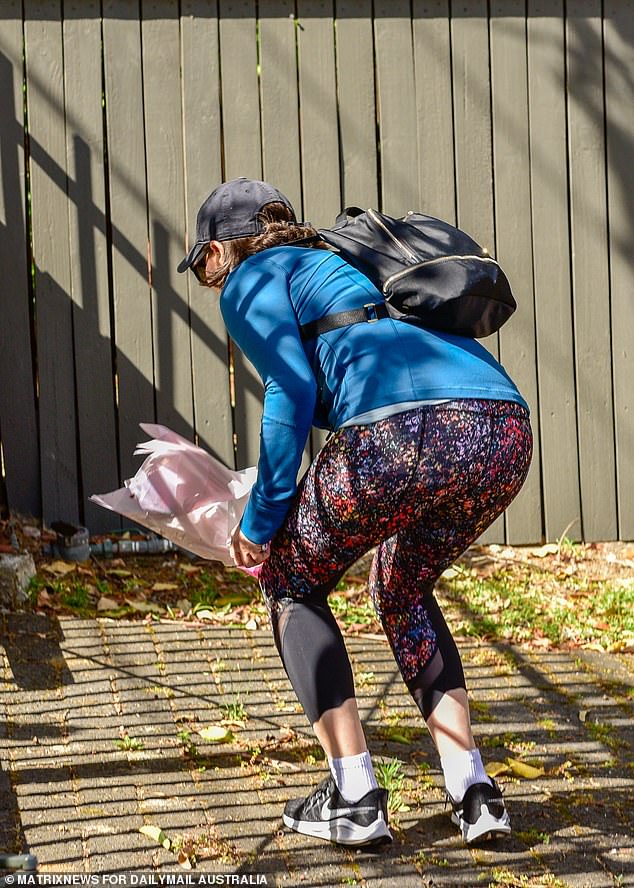 Mr Perrottet replaced Ms Berejiklian as premier after she resigned on October 1 when the ICAC investigation into her was made public.

But Mr Perrottet said the money was already in the budget and Ms Berejiklian just told him what he wanted to hear and didn’t ‘get’ him anything.

‘Twelve months before that conversation took place, we’d already allocated $170 million in the budget (for the hospital),’ he said. 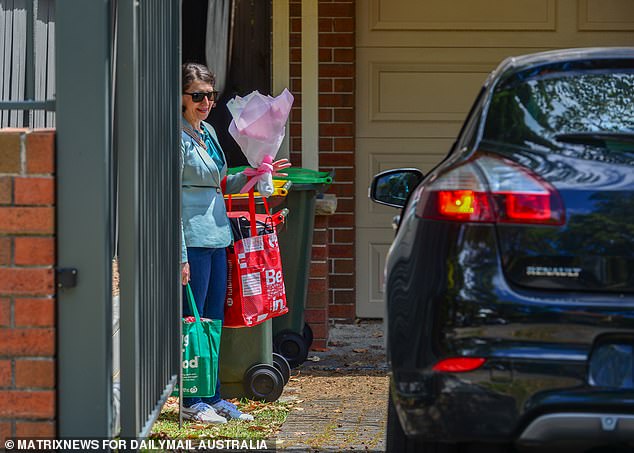 Former NSW Premier Gladys Berejiklian leaves her home with flowers and shopping bags, picked up by her sisters on Sunday afternoon.

‘We had gone to an election in relation to the Wagga Wagga hospital. That hospital had been talked about and promised; as a government we came in and delivered it.’

The the 2017-18 NSW Budget paper shows stage 3 of the project was already included, with the building estimated to be completed by 2022. It was mentioned again in the next budget.

‘It shows that Daryl didn’t know how to read the budget papers, and that Gladys was just telling him what he wanted to hear,’ a senior Liberal told the Telegraph. 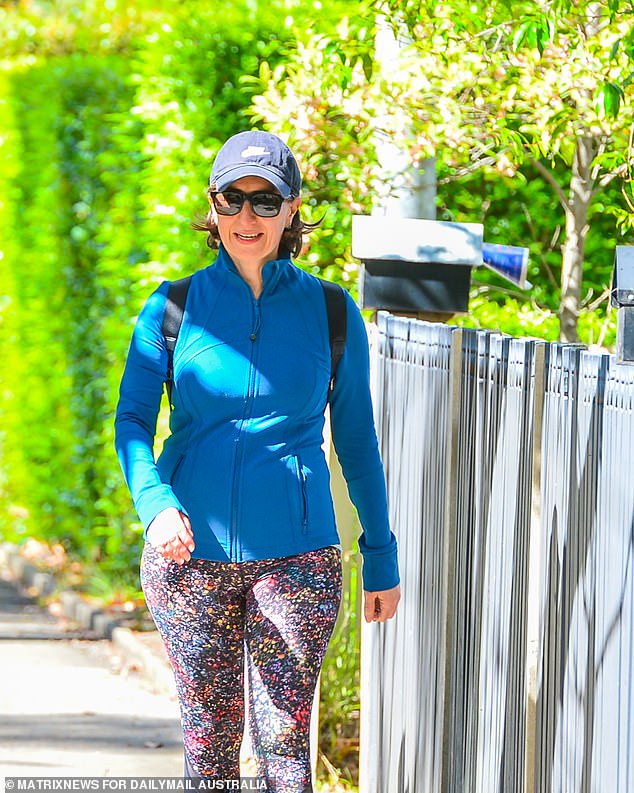 Mr Perrottet said he did not recall the conversation Ms Berejiklian referred to as having had with him, but that it has already become an inside joke between him and his wife Helen.

‘Why do you do what Gladys asks you to do and not what I ask you to do?’ Mr Perrottet said his wife Helen asked him.

‘This special edition of our no-fuss, adjustable-rise crops feature feminine scalloped detailing. As always, they fit like a second skin, making them perfect for yoga or the gym,’ the brand’s website reads.

The outgoing MP combined the trendy tights with a blue zip-up jumper, designer sunglasses and a cap and wore a backpack on her walk. 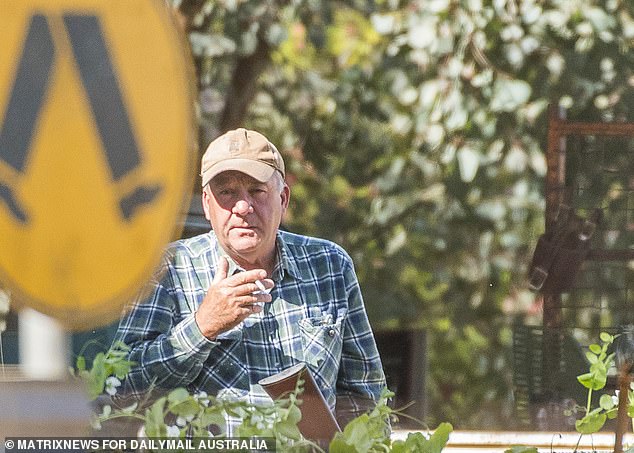 Mr Maguire seeking help from Ms Berejiklian with favoured projects in his Wagga Wagga electorate was far from the only time there were harsh words between the pair.

A phone tap tendered as evidence at ICAC revealed Ms Berejiklian saying to Mr Maguire, ‘All you do is shout at me sometimes’.

But she then immediately called him ‘hokis’, which is an Armenian term of endearment. Ms Berejiklian is the daughter of Armenian immigrants.

She told the ICAC ‘I regarded (Mr Maguire) as part of my love circle – part of the people that I strongly cared for – but I wouldn’t have put him in the same category as my parents or my sisters.’

The most astonishing testimony of all from Friday might have been a tapped phone call where Mr Maguire said to Ms Berejiklian: ‘They could be taping your conversation with me right now.’

He wasn’t being paranoid – investigators for the NSW corruption watchdog, the ICAC, were taping his every word, and had been for some time.

After six months of private hearings, more than two weeks of public hearings and 500 pieces of evidence, the former premier of NSW will have her second and final day in front of ICAC on Monday.

On Sunday afternoon, Ms Berejiklian was pictured leaving her home on Sydney’s north shore. She was picked up by her sisters Rita and Mary. 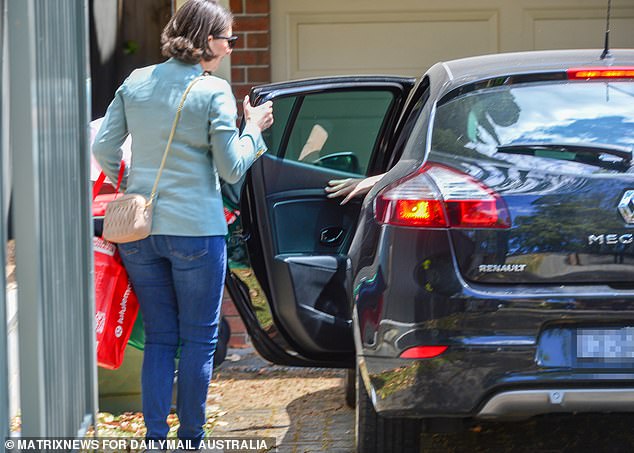 Gladys Berejiklian leaves her home on Sydney’s north shore on Sunday afternoon. She was picked up by her sisters Rita and Mary 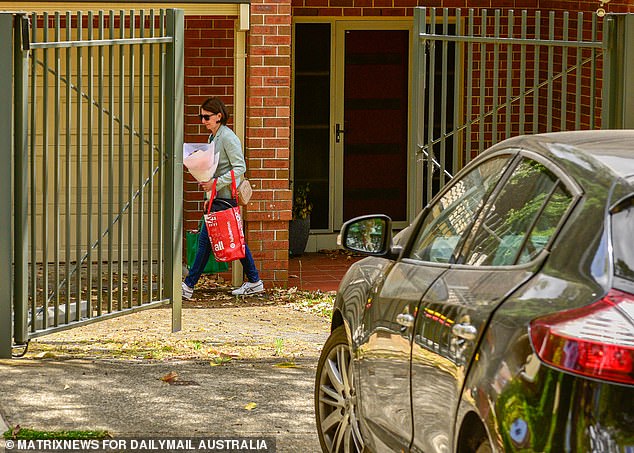 As the corruption inquiry in NSW has captivated the state and the country, there are growing calls for a federal version of ICAC.

A new Sydney Morning Herald poll found 70 per cent of Australians support the creation of a powerful federal anti-corruption watchdog, with Liberal and National Party voters marginally more in favour than those who support other parties.

Just five per cent disagreed with the need for a federal ICAC, and 25 per cent of voters were neutral or undecided.

Overall, 71 per cent of Liberal or National voters are in favour of a federal watchdog, while 68 per cent of Labor voters favour it.

Attorney general Michaelia Cash is expected to bring a revised anti-corruption bill to cabinet within weeks. 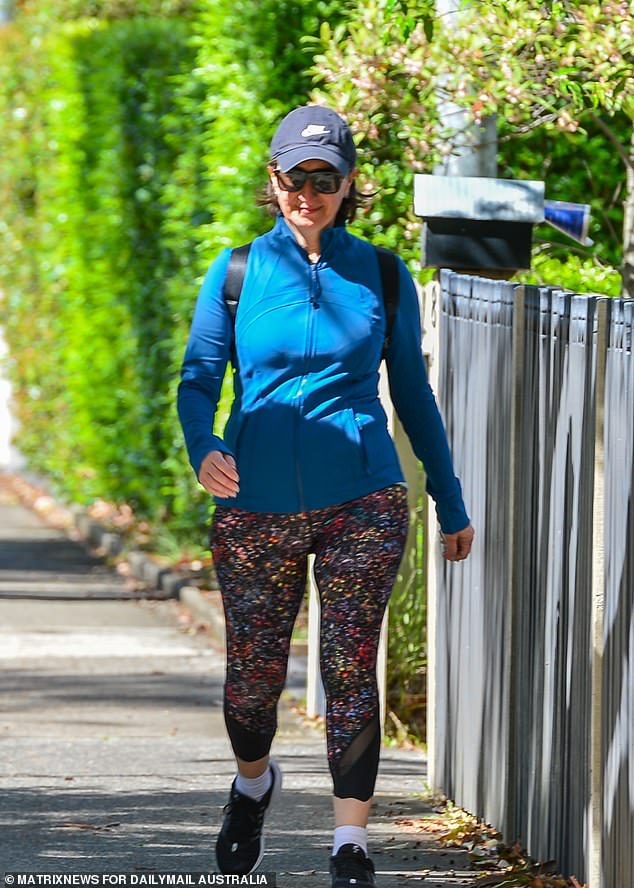