A scorned husband who attacked his wife by throwing eggs at her because she wouldn’t take him back then sent her more than 100 abusive messages.

James Lee Robinson, 50, from Bondi, and his estranged wife of four years agreed to meet for their anniversary on February 28 but she backed out on the day.

He then let himself into her Randwick flat with flowers and groceries, planning to make her lunch, and was waiting when she returned home.

Robinson’s wife demanded that he leave when she found him inside her home, Waverley Local Court in Sydney heard on Wednesday.

Despite repeatedly being told to go and the woman yelling to neighbours to call the police, he began searching the house claiming she was hiding another person, reports The Daily Telegraph.

She called police after locking him out of the flat, and when they arrived they found her covered in broken eggs and visibly shaken, though uninjured.

Officers took Robinson to Maroubra police station where he was served with a restraining order banning him from any contact with his estranged wife.

However, he disregarded the order and sent her more than 100 WhatsApp messages over the next month – which Magistrate Carolyn Huntsman labelled ‘abusive, disgusting’ and an attempt to control her. 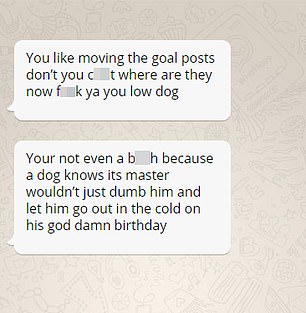 ‘You like moving the goal posts don’t you c*** where are they now f**k ya, you low dog,’ one message read, according to court documents.

‘Your not even a b**** because a dog knows its master wouldn’t just dump him and let him go out in the cold on his god damn birthday (sic),’ another read.

Robinson was charged with assault, contravening a restraining order, and using a carriage service to menace or harass.

For the egg assault and disregarding the restraining order, he was slapped with a three year Community Corrections Order which includes a ban on drugs and alcohol.

He was also fined $400 for breaking into the woman’s flat.

The magistrate also issued a three-year Commonwealth Recognisance Order for using a carriage service to menace or harass. 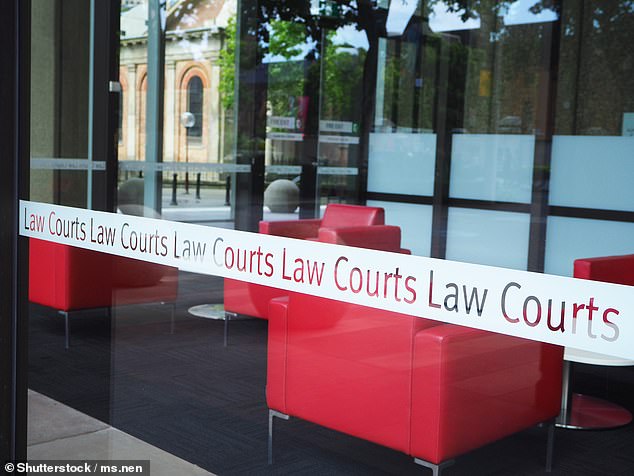