EXCLUSIVE: Reading agree SIX point deduction in the Championship with the EFL… and could be hit with a further six points after the Royals breached spending rules

By Mike Keegan For The Mailonline

Reading have agreed a six-point deduction with the EFL after breaching spending rules, Sportsmail understands.

The Championship side will also see a further six points suspended, and will need to comply with an agreed business plan for the remainder of this season and next to avoid the additional penalty being triggered.

Six points would see the Royals drop from 16th to 19th but would leave them outside the second-tier’s relegation spots. 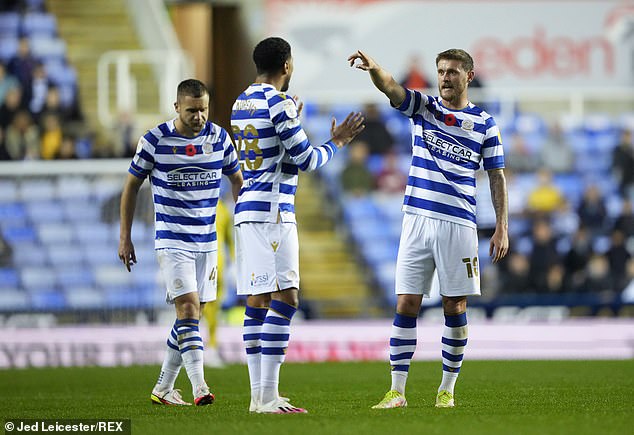 Championship clubs are not permitted to make losses of more than £39m over three years but Chinese-owned Reading’s operating losses for that period went beyond that figure.

Negotiations have been described as ‘lengthy but amicable’.

A business plan has been agreed for the rest of this season and next. It will need to be adhered to should the Royals swerve an additional six point penalty. It is thought that high wages will be among a number of financials to be addressed. 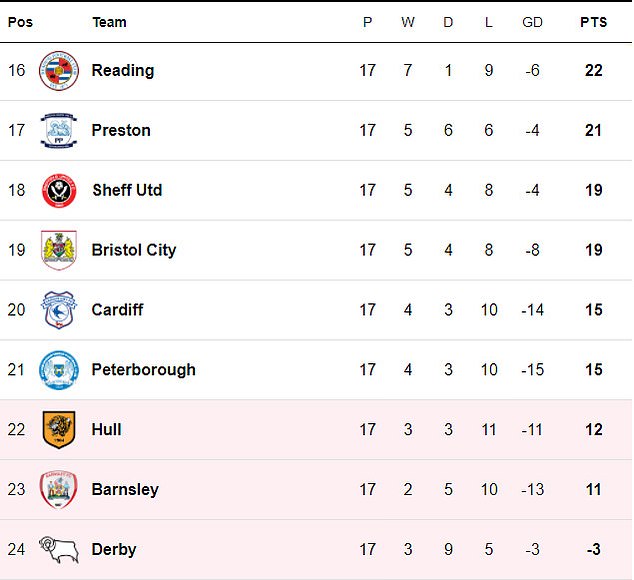 On Tuesday, it was announced that Derby had been docked a further nine points for financial breaches on top of the 12 they were handed in September for going into administration.