Prefab housing is returning to the UK after a council started work on 28 new pre-built two-bedroom homes.

Authorities in Reading are spending nearly £2million on so-called ‘modular houses’ like those thrown up during the ‘homes for heroes’ campaign of the post-war years.

The 28 homes being built in the Berkshire town are timber clad with uPVC windows and doors and each contain two bedrooms, a bathroom, a kitchen-diner and a living room.

They will be used the house to homeless families who would otherwise be put up in B&Bs in a move the local council hopes will save money over time.

Prefab homes were delivered to a site in Reading this week, where they will be used to house homeless families from the area 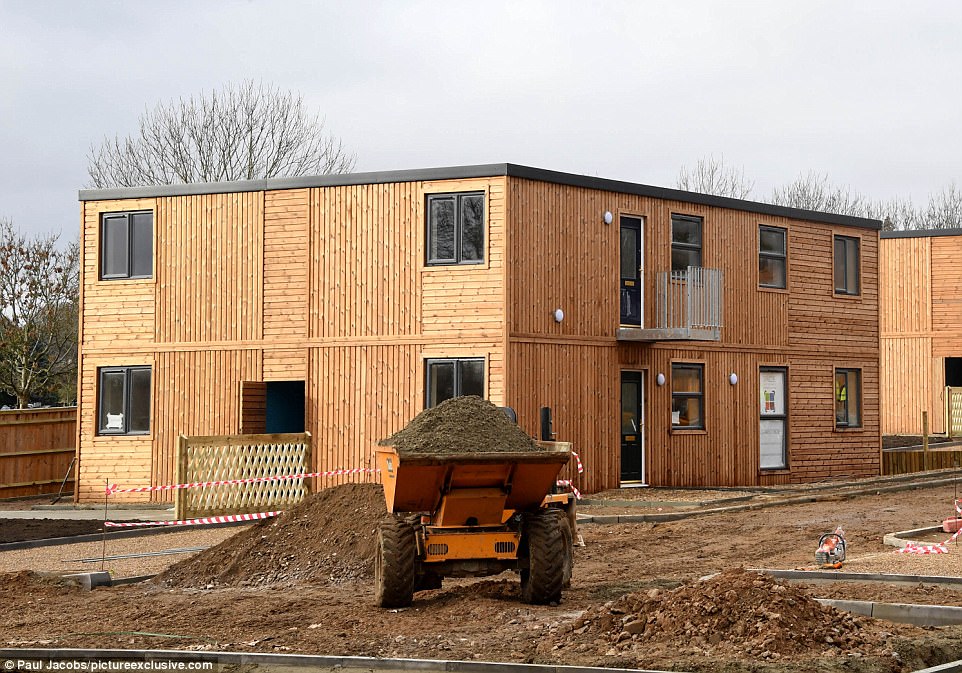 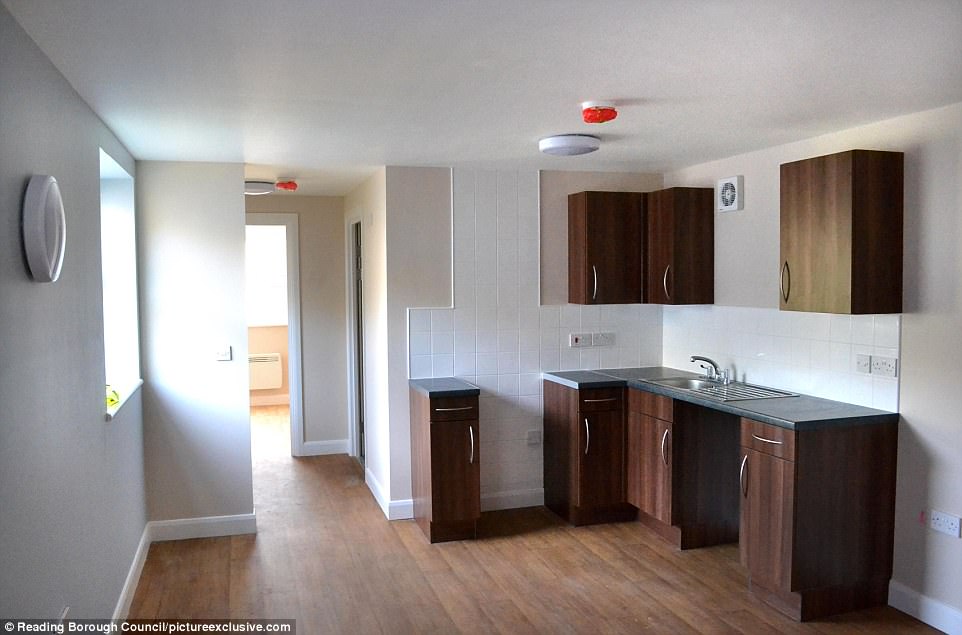 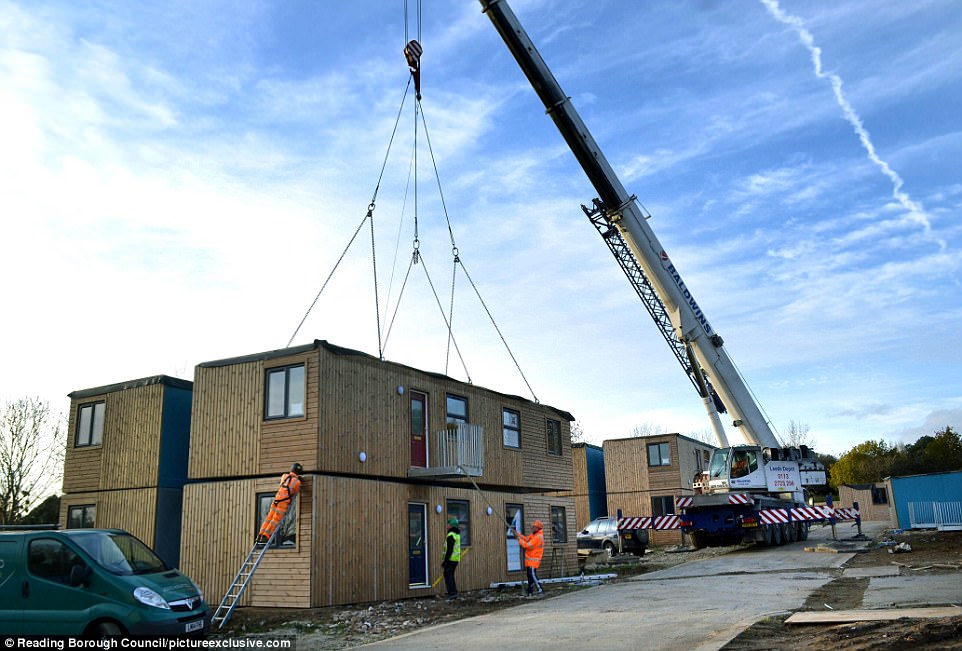 Three bedroom semi-detached houses in the same road have sold for as much as £335,000 this year, with the prefabs costing a fraction of that at an average cost of just £71,400 each.

According to the council it costs around £13,000 a year on average to house a family in a bed and breakfast.

The new development itself will also have a children’s play area, car parking and bike shed. The council applied for five years of planning permission for the homes, which are described as ‘temporary’ in official documents. 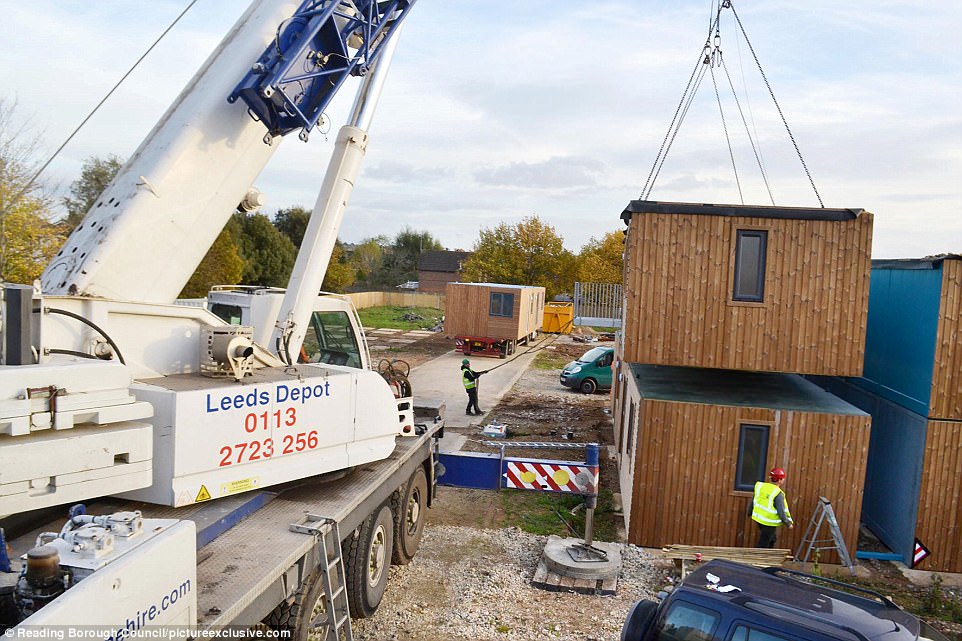 Each unit is timber-clad with UPVC windows and contains two bedrooms, a bathroom, a kitchen-diner and a living room 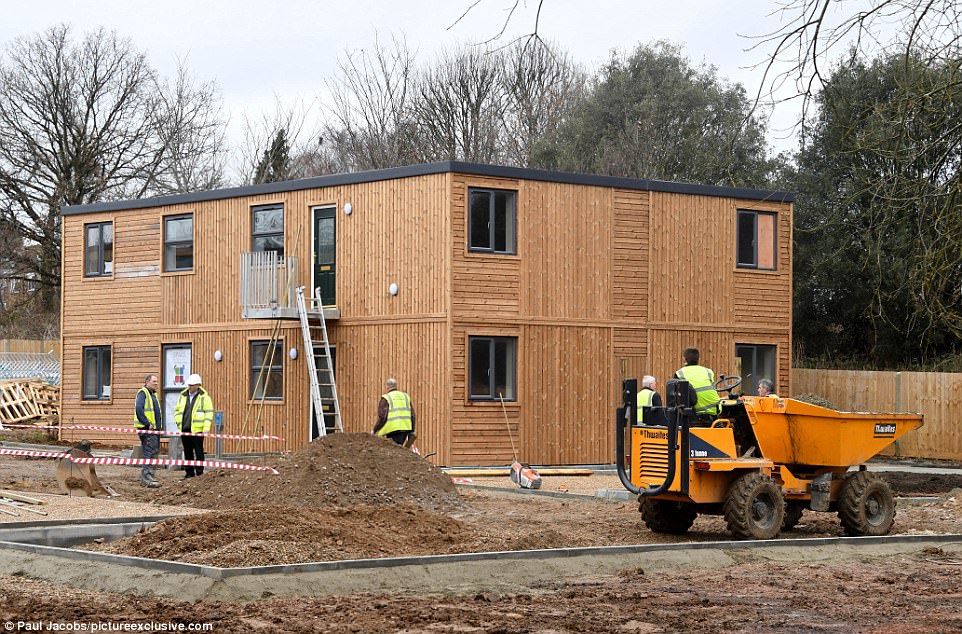 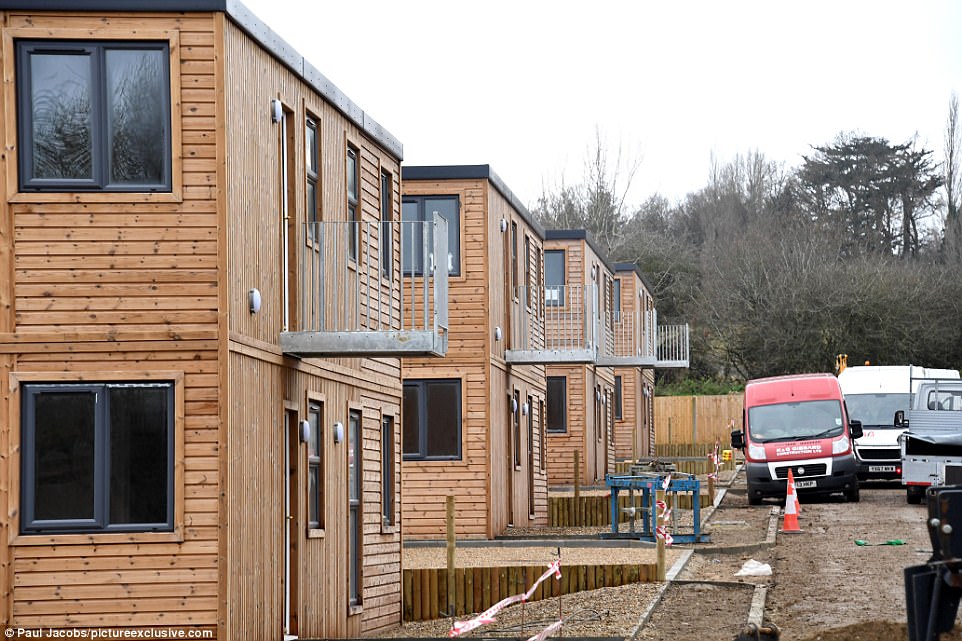 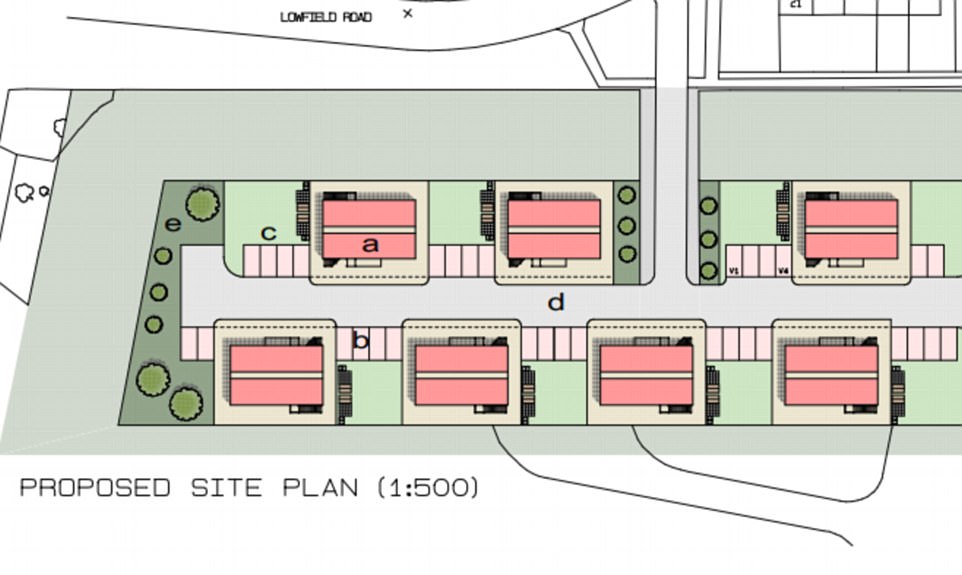 Work is underway to install and furnish the homes and the first families are expected to move in in January.

In 2016, it was revealed that almost 23,000 people were on the housing waiting list with Reading Borough Council.

The Labour-run authority also said the amount of people needing a new home had doubled in five years, leaving the council with its highest levels of demand in more than 20 years.

The lack of housing has been attributed to several factors, including  high land prices and the lack of new affordable housing developments.

An increase in Right to Buy sales has also led to reduced social housing.

The housing crisis has also forced up the price of homes, with the average house in Reading – £250,000 – costing more than eight times the average wage, while the cost of rent is £200 above the national average.

Thousands of prefab homes were built in the late 1940s as the post-war government threw up homes for returning servicemen and their families.

But the low quality materials and quick construction meant many of the homes became synonymous with being cheap and nasty.

Reading is now among the local authorities hoping the new generation of prefab homes won’t suffer the same fate, and will be an answer to Britain’s housing shortage.

Cllr John Ennis, Reading’s Lead Councillor for Housing, said: ‘This development will reduce the number of families requiring emergency accommodation being placed in bed and breakfasts and provide them with a comfortable and well-equipped temporary home.

‘Not only will this be much better for the families involved, it will also save the Council money in the long run.’

But the plans did not receive universal approval. A letter from residents of the nearby Caversham Park Village last year accused the council of ‘resurrecting a bad and failed solution of the past’.

Last month, it was announced that prefabricated bungalows made from cream corrugated sheets in Moseley, Birmingham had been named alongside Windsor Castle and Blenheim Palace on a list of the top ten historic places in England. 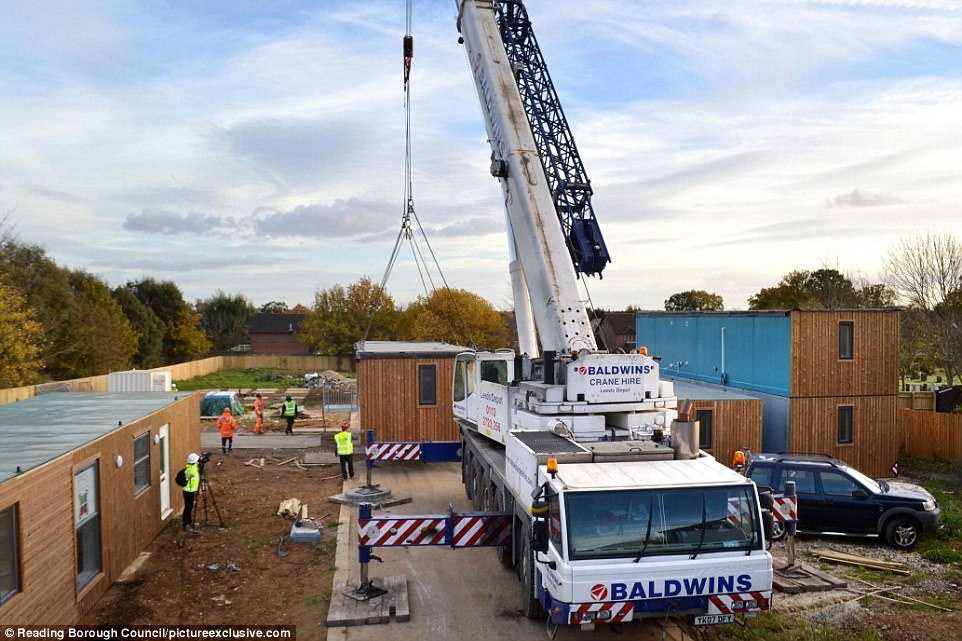 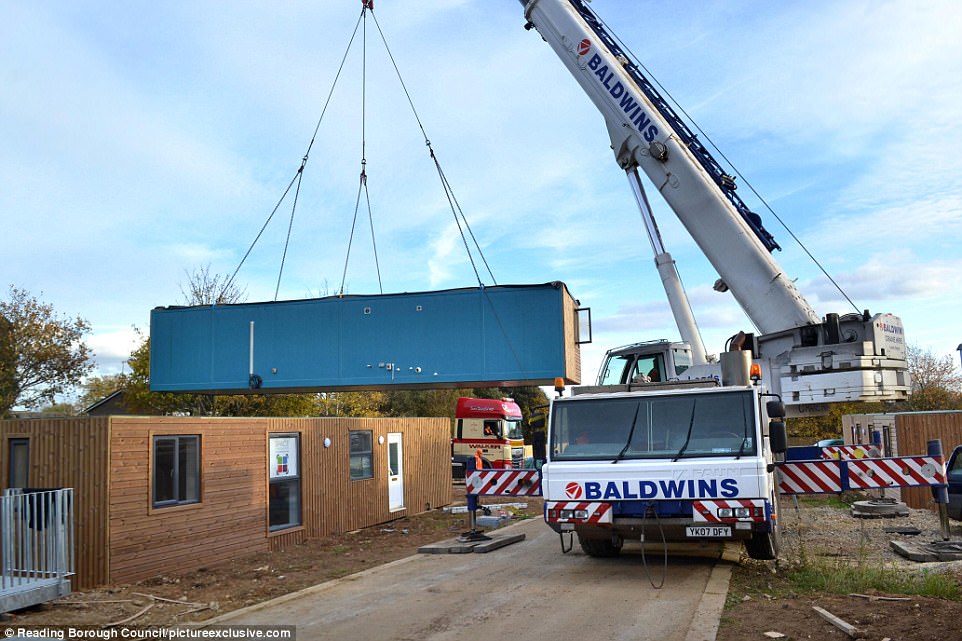 The plans have been criticised by some locals, who say the idea of return to refabs is a return to ‘failed policies of the past’ 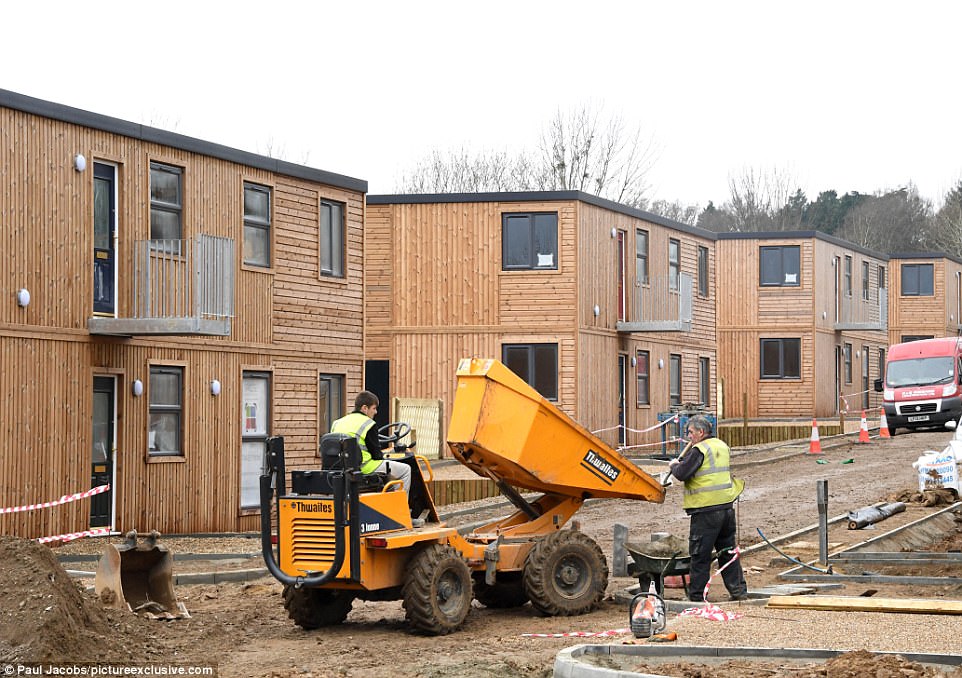 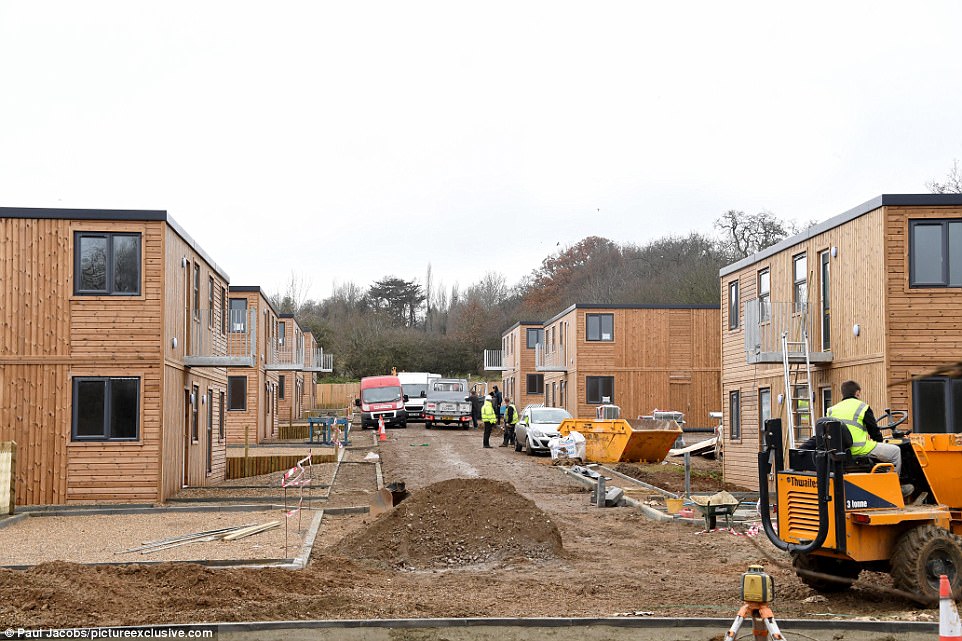 The prefabs that gave a home to a battered Britain

The Luftwaffe’s destruction of London during the Blitz forced housing authorities to follow the American fashion for prefabricated buildings.

The 1944 Housing Act authorised the Government to spend up to £150 million on temporary houses in areas like Lewisham, where more than 1,500 homes had been destroyed during just the first year of conflict.

Cheap and quick to build, the prefab houses were popular with both councils and residents, not least because they were the first buildings many had lived in to have an indoor toilet. 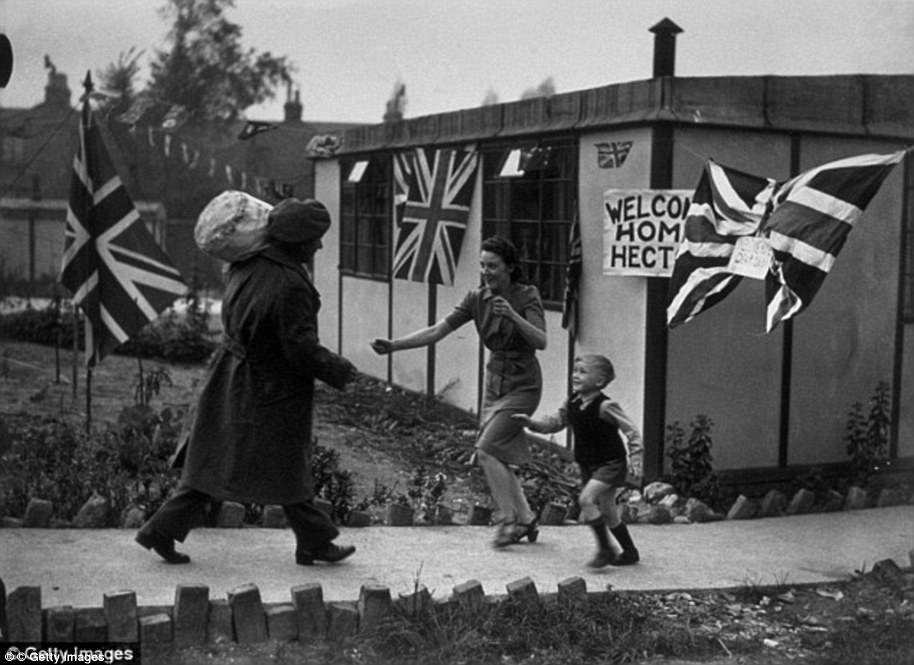 Gunner Hector Murdoch arrives at his new prefabricated house in Tulse Hill, London, greeted by his wife and son after returning from the Second World War 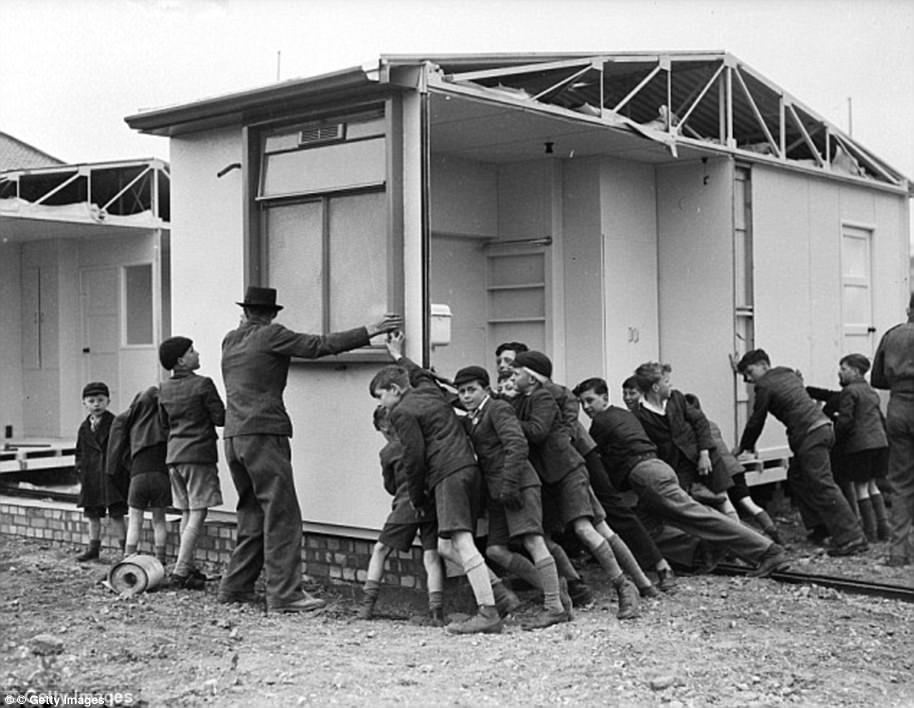 Tens of thousands of pre-fab homes were built in the UK as an emergency measure after the Second World War, at a cost of £200million

It may seem strange by today’s standards but the prefabs quickly became synonymous with comfort and luxury.

In fact, the war-time government was so proud of its new idea that it commissioned a prototype to appear at the Tate Gallery in London.

More than 150,000 of these ‘palaces for the people’ were mass produced in sections at a factory and assembled on sites around the country

But the Excalibur Estate in Catford, consisting of 187 homes and even a prefab church, remains the largest to survive, despite the original tenants being told it would survive for little more than a decade. 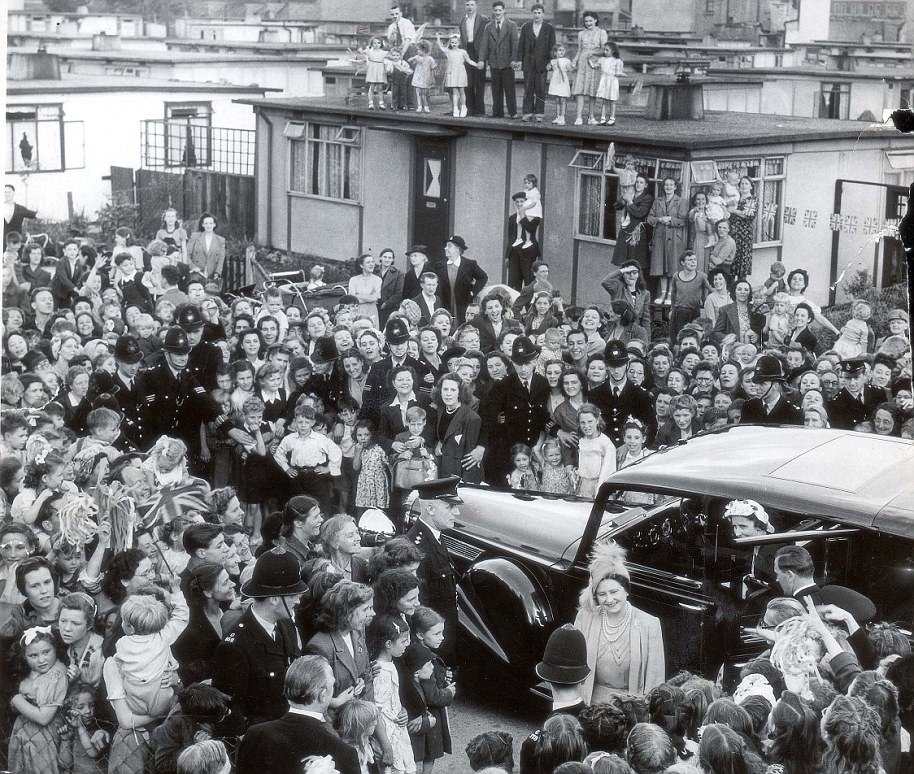 The Queen Mother is greeted by locals as she visits an estate of pre-fab homes in Park Crescent Mews, west London, in July 1950 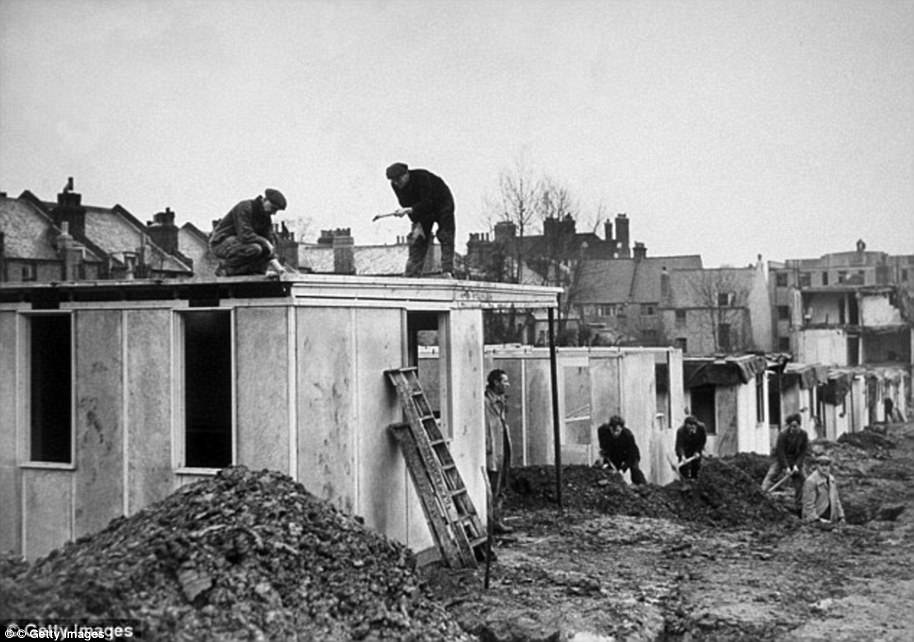 The return to pre-fab homes comes amid another housing crisis, during which time the industry is facing a massive shortage in skilled labourers