Ben Pedley, 26, was involved in a collision with a pedestrian while he was riding his bike on his way to St Peter’s Church in Reading

A cyclist who died after running down a pedestrian near a busy junction may have jumped a red light moments before the collision, an inquest has heard.

Ben Pedley, 26, was involved in a collision with a pedestrian while he was riding his bike on his way to St Peter’s Church in Reading.

He had just dashed across a busy junction at 24mph as the lights were changing when a pedestrian stepped into the road.

With no opportunity to stop his grey Carrera bicycle rammed into the man, sending them both flying into the air.

Mr Pedley, a keen pianist, landed on his hand on the side of the kerb.

He was taken to John Radcliffe Hospital in Oxford where he died two days later.

His family described his death as ‘avoidable’ and described the pedestrian’s act as ‘reckless’. 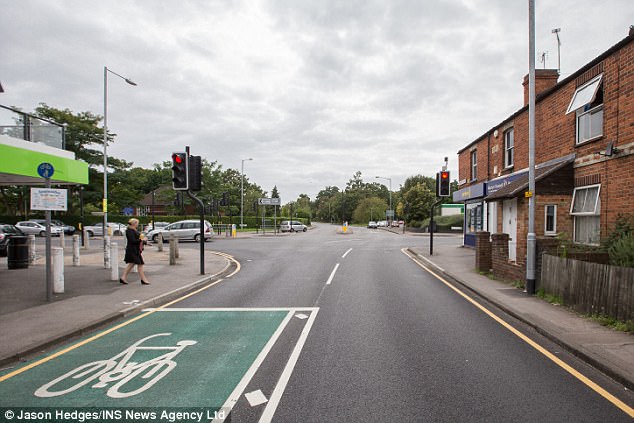 The Berkshire coroner heard CCTV footage captured from a store window on Church Street two seconds before the collision showed Mr Pedley racing past at what was estimated to be 24mph.

The inquest heard pedestrian Nathan Kelsell had stepped into Mr Pedley’s path as he attempted to cross the road towards the Co-operative store.

Mr Kelsell also suffered injuries in the collision but was discharged from hospital a few days after the collision.

Describing the moment Mr Pedley, an undergraduate chemistry student at the University of Reading, arrived at the John Radcliffe Hospital in Oxford, Dr Christopher Kearns said: ‘At 9pm he was assessed by the trauma team in the emergency department.

‘A number of scans revealed extensive skull fractures and blood around the surface of the brain. I informed his family that the degree of brain injuries suffered by Ben made his condition unrecoverable.’ 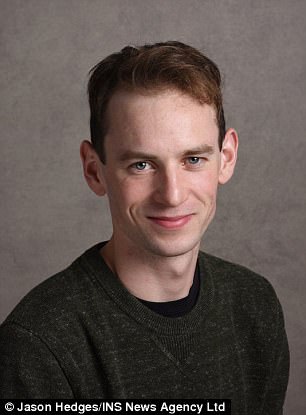 Mr Pedley died on March 22 after colliding with a pedestrian while cycling in Reading, where he attended university

Mr Pedley’s mother Jacquie Pedley said: ‘We are absolutely devastated. He was an absolute shining light and he has been killed in the prime of his life.

‘He was a fantastic, law abiding citizen who was very kind to anybody he met. He was intelligent. He would have articulated himself so well at this hearing today.

‘The fact is that Ben was cycling along the road and a pedestrian, without looking, stepped out in front of him. That has caused his death.

‘For his dad and his brother, the main concern is to prevent this happening to somebody else. For me, I just wanted to hear from that witness to know that Ben did not suffer those last few seconds before he died. I can’t get over it.

‘At the moment, there is no law that says that if you step out into a road that you are responsible for your actions. Potentially, you could step out in front of somebody you had a vendetta against or push somebody else into the path and nothing would happen to you.

‘When you step into the road, you are responsible for your actions. What that guy did was reckless. He walked into the road without any consideration for anybody else. It was a reckless act, and my son has died as a result of it.’

His brother, Will Pedley, said: ‘It was very sad, but in our opinion, an avoidable death.

‘Had Ben survived and been healthy, there would be a chance that he would be prosecuted as a road user. Yet there is no commands for a pedestrian, so I have set up a campaign to affect that law in the future.’

Dave Hoare, who conducted the vehicle and road examination at the time of the collision, said he believed Mr Pedley’s high speed across the junction did contribute to the collision and as a consequence, his death.

Concluding the case, senior coroner Peter Bedford said: ‘The consequences of the impact tragically caused Ben to lose his life. The pedestrian was injured, but he survived.

‘I do not believe the junction is a factor that contributed to Ben’s death. Four out of six accidents [that took place on Church Road] in the past five years involved vehicles failing to stop at a road light.

‘I have made a recommendation to the higher authorities that they do make a pedestrian crossing on Church Road.

‘It seems to me there is no history targeting that junction as one where there are very high risks of serious injuries or indeed death.

‘Ben Pedley died on March 22 this year, on Church Road in Reading, Berks. I will record that he died as a result of a road traffic collision as a result of a pedestrian stepping into the path of the cyclist who was travelling at a high speed.’