Dani Carvajal’s second-half strike secured a second win of the season for Real Madrid as they beat Real Betis 1-0.

Shortly after Karim Benzema had a goal disallowed, the France striker set up the 61st-minute winner with a cross which was expertly volleyed home by Carvajal.

Eden Hazard almost added a late second but Betis keeper Rui Silva made a fine save. 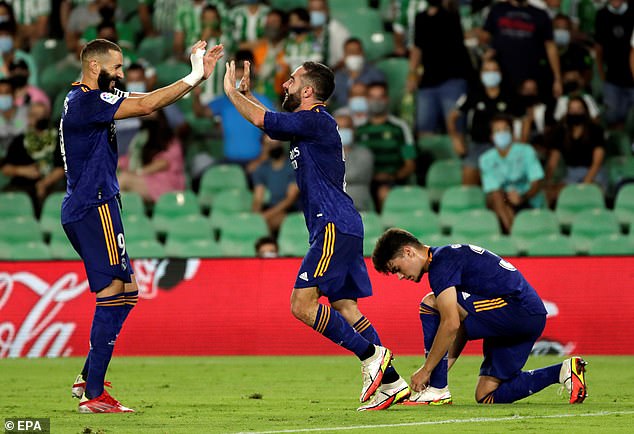 Right-back Carvajal volleyed in a pass from Benzema in the 61st minute in a counterattack led by Vinicius Junior, who again proved decisive to Carlo Ancelotti’s side.

Vinicius was the focus of Madrid’s attack in the Brazilian’s first start of the season after he had come off the bench to score goals in a 4-1 win at Alaves and a 3-3 draw at Levante.

Eden Hazard lost his spot in the starting 11 amid rumours that he could be on the move to Juventus to fill the hole left by Cristiano Ronaldo’s return to Manchester United in this summer’s shuffle of soccer’s top stars. Hazard went on in the 77th to replace Vinicius.

Without injured midfielders Luka Modric and Toni Kroos to control the ball, Madrid sought to attack through the pace of Vinicius. 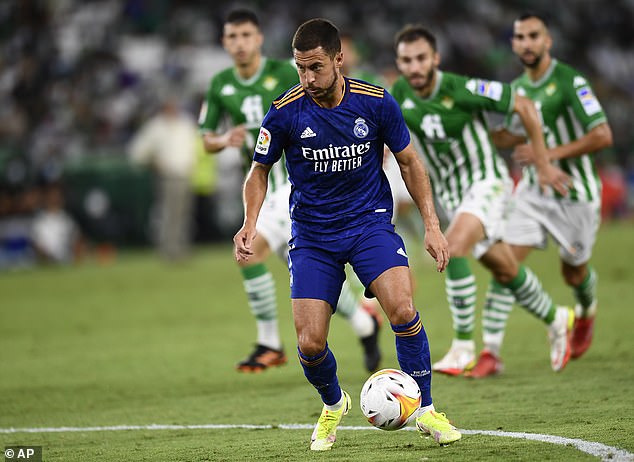 He showed how dangerous he can be, even when marked, five minutes into the match when he dribbled down the end line and passed to Benzema, whose shot just missed the post by inches.

Betis settled down once midfielder Sergio Canales latched onto the ball and guided the hosts into Madrid’s half. Nabil Fekir then added some punch with a free kick that forced Thibaut Courtois to make a save in the 11th.

The vibrant exchange became bogged down when the action turned physical in the final minutes of the first half. The referee handed out five yellow cards in quick succession, including one for Betis coach Manuel Pellegrini for complaining.

Vinicius engaged Madrid again after the restart, using a brilliant change of foot and spin to leave two defenders going the wrong way as the visitors pressed Betis into its area.

The 21-year-old Vinicius was key to Carvajal’s goal, sprinting to keep the ball from going out of play. Vinicius then found Benzema to set up Carvajal for the winner. 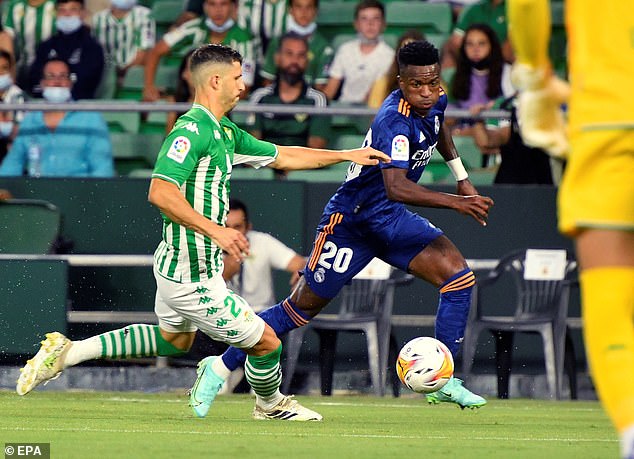