It has been another series with no shortage of drama.

But the Real Housewives of Cheshire stars were the best of friends on Thursday as they stepped out for the Rachel Lugo Pink Ribbon Charity Lunch in Alderley Edge’s Gusto Restaurant.

Stacey Forsey, 43, Ester Dee, 32, Nermina Peiters, 27, and Tanya Bardsley, 36, posed up a storm together as they donned a variety of looks for the party, coming out to support host Rachel in aid of breast cancer awareness.

Best of friends: The Real Housewives of Cheshire stars put on a cosy display on Thursday as they supported pal Rachel Lugo at her Pink Ribbon Charity Lunch in Alderley Edge

The pals were the picture of friendship as they posed in front of a pretty rose-covered display together, with Rachel supporting the cause with a bright fuchsia pink dress.

The mother-of-five put on a leggy display in the bright cold-shouldered frock as she kept her blonde hair hanging poker straight, adding some height with sparkling platform heels.

Rachel was in attendance for the event after recently joining her twin sister Katie Kane on Loose Women, as she unveiled her facial scars from an operation after a nasty skin cancer scare. 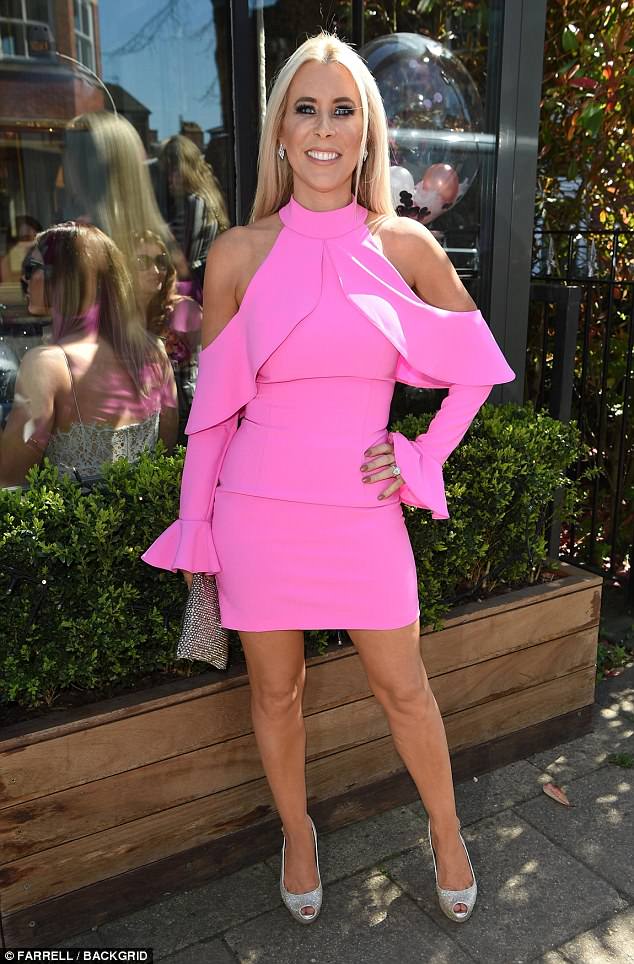 Bright: Rachel was hosting the star-studded event for breast cancer awareness, and the blonde beauty supported the cause in a bright fuchsia pink mini-dress 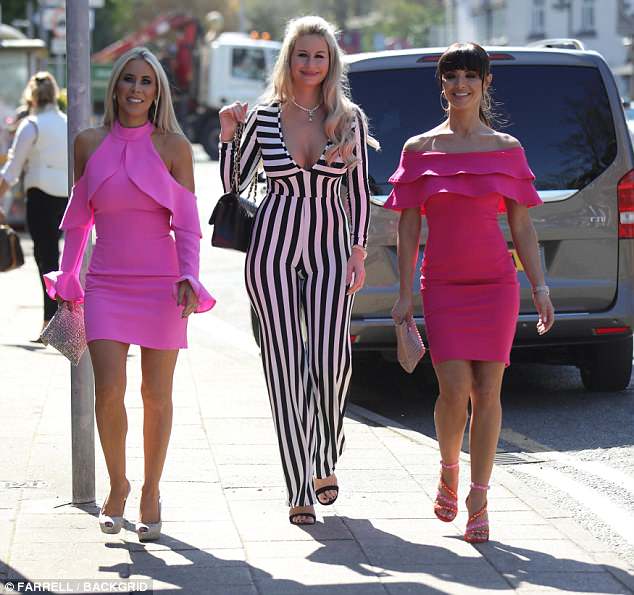 Sensational: Rachel (far left) was joined by Ester Dee and Nermina Pieters as they made their way to the charity event

Busty: Ester (left) made her own statement in a tight monochrome jumpsuit, while Nermina backed the cause in a bright pink bardot dress 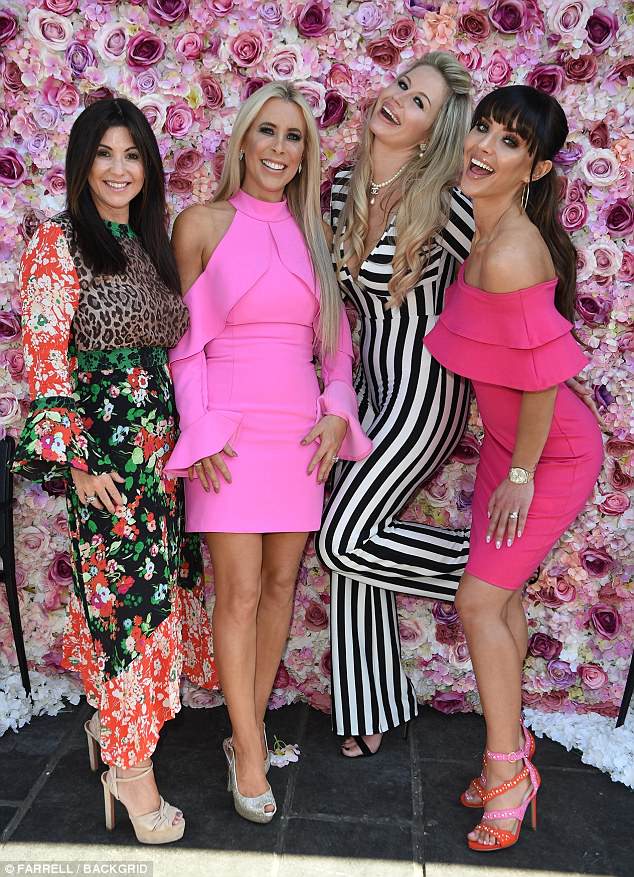 Best of friends: Stacey Forsey, Rachel, Ester and Nermina were out in force from the event, as the seventh series of the ITVBe show was once again nothing short of dramatic

Tanya Bardsley showed off her trim physique in a mesh-style wine frock as she joined her friends for the charity event, finishing her look with simple nude heels.

Keeping her hair tied back in a loose up-do, Tanya was ready for the beautiful summer weather as she joined her pals for the good cause.

It was a friendly display for the group from a reality show that is never short of its drama. 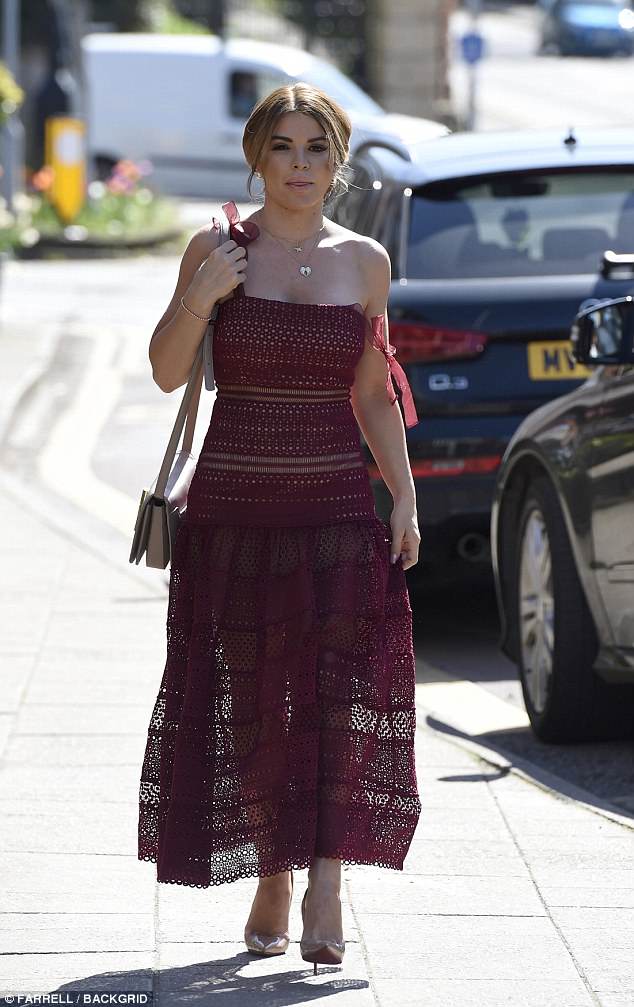 Revealing: Tanya Bardsley was dressed for the summer in a semi-sheer mesh wine-coloured dress, accessorising with nude heels

Relaxed: The mother-of-two had her brunette tresses tied back in a pretty loose updo 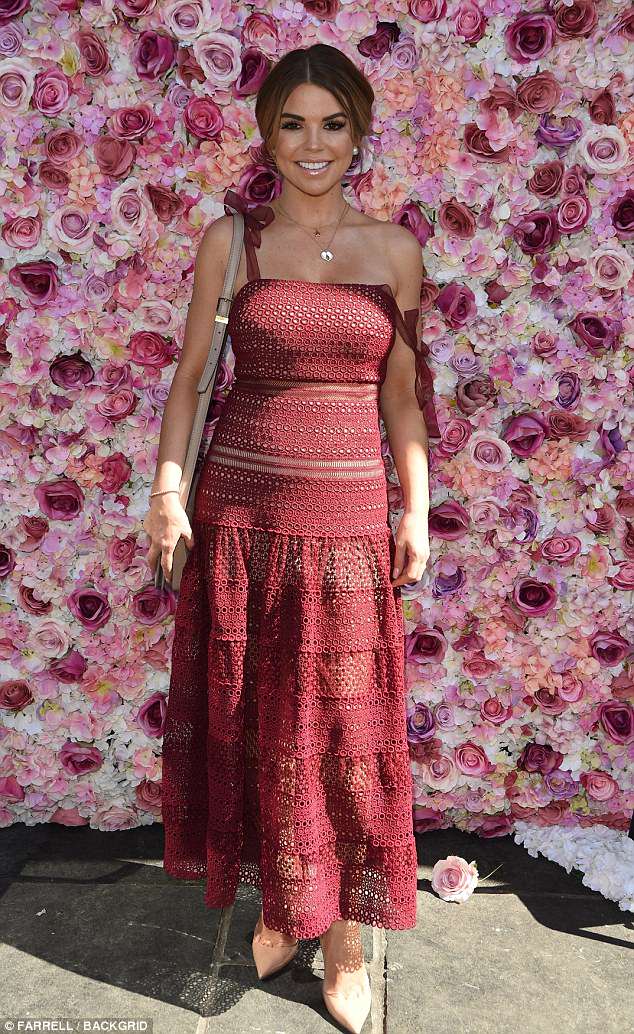 Glowing: Tanya showed off her tanned complexion in the beautiful April sunshine 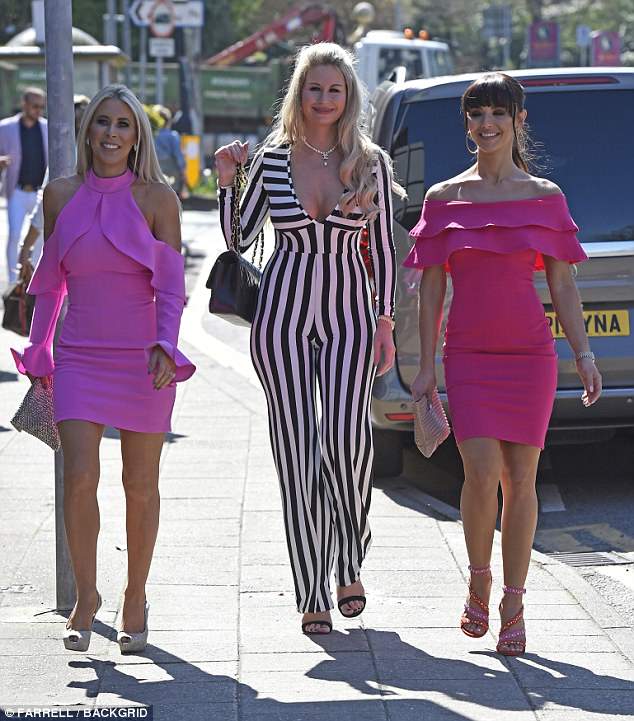 Here come the girls: The group made a dramatic entrance into the lavish charity event, as they came out to support the good cause

Meanwhile Ester Dee was as animated as ever posing in front of the rose-covered wall, flaunting her perky derriere in a monochrome striped jumpsuit.

Her solo outing came a month after the news that she was set to divorce her millionaire husband John Temple, throwing the show into chaos as she moved out of the flat they shared together.

Ester showed off her twerking skills and tossed her voluminous long tresses without a care in the world as she arrived for the event with her friends, adding to her look with black stiletto heels. 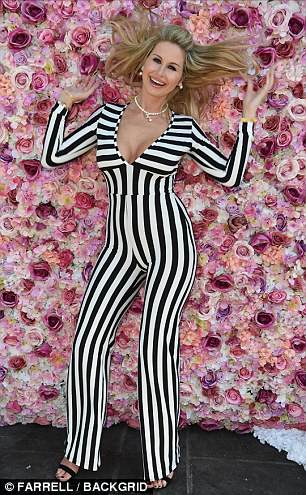 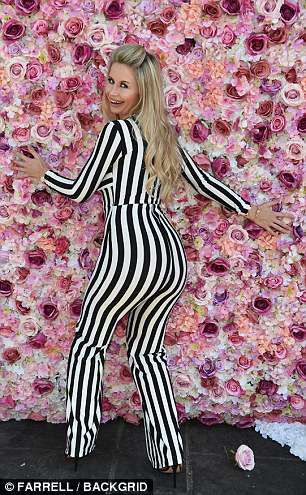 I’m here! Ever the show-woman, Ester showed off her twerking skills and tossed her magnificent blonde hair as she posed in front of the rose wall 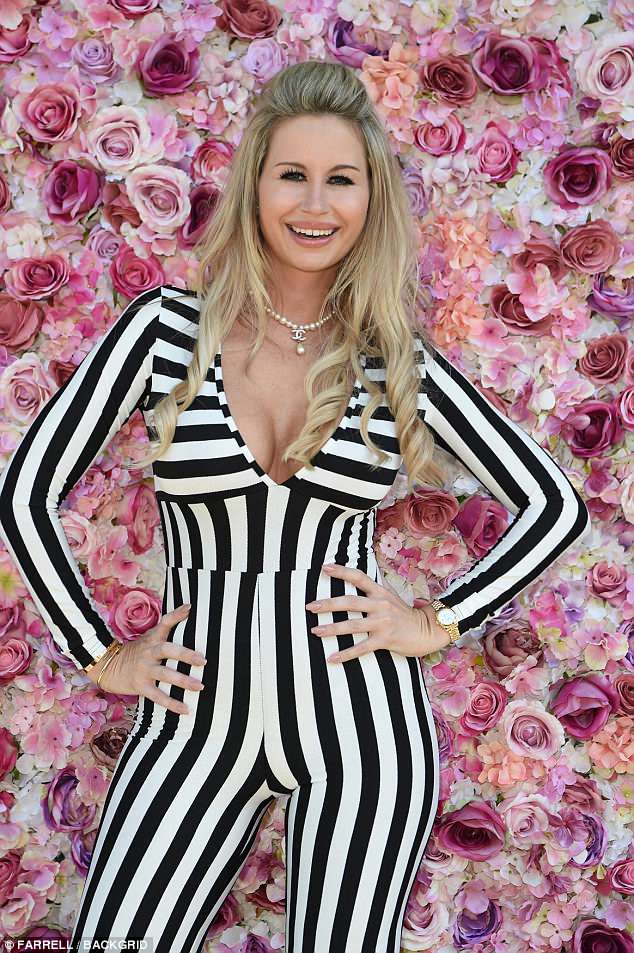 Ample: Ester flaunted her cleavage in the tight one-piece, after recently rumours circulated that she is set to divorce her millionaire husband 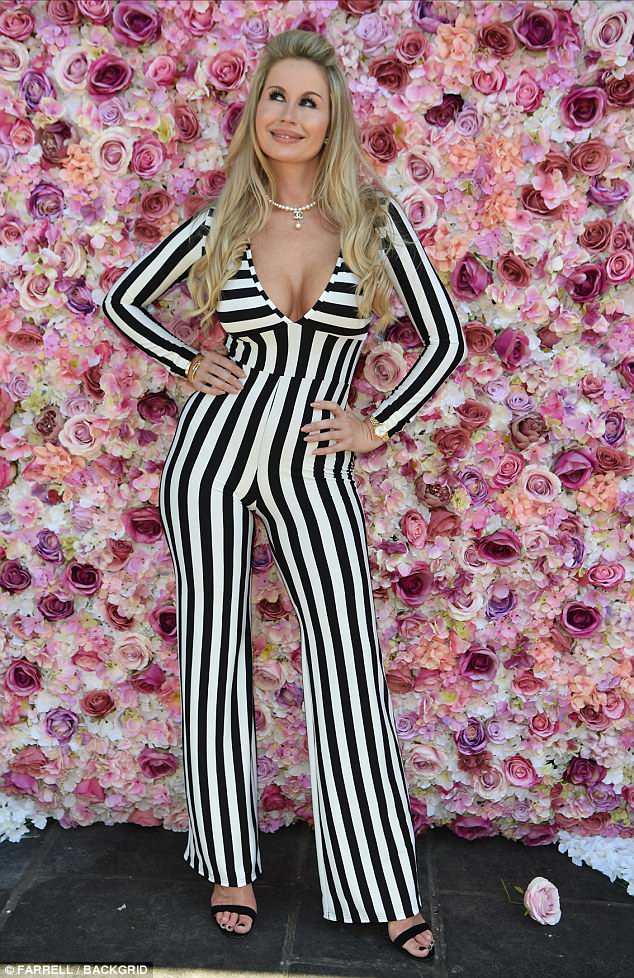 Legs for days: The blonde beauty accessorised her look with strapped black heels

Nermina Pieters was out to support the cause with a bardot hot pink frock, with the tight fit showing off her toned physique.

Adding a cheeky twist were the star’s pink and red studded heels, as the star let a blunt fringe frame her face by sporting her hair in a classic up-do. 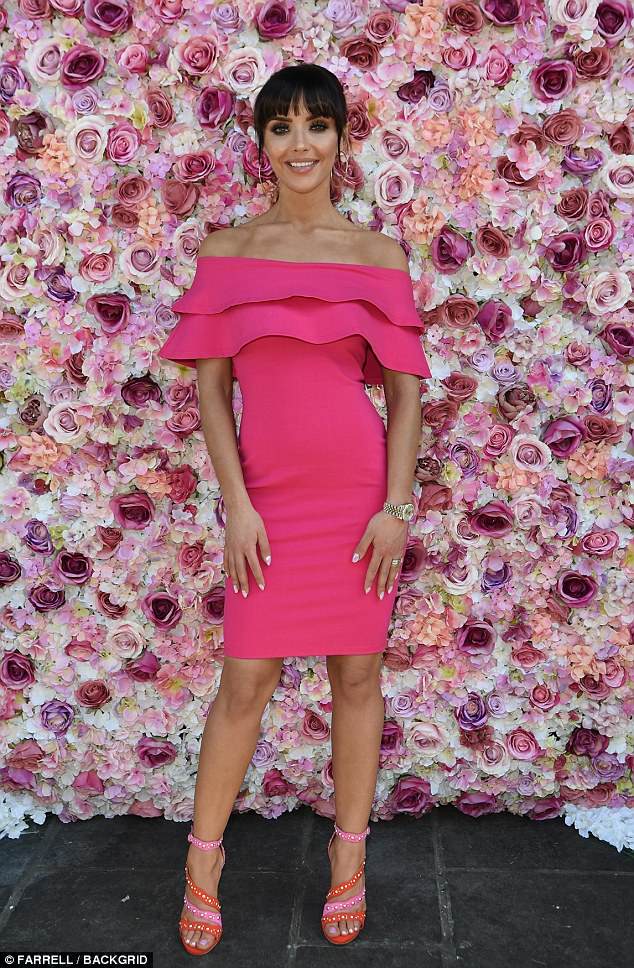 Chic: Nermina was also dressed for the summer weather in a bardot hot pink frock, showing off her brunette fringe in a simple updo 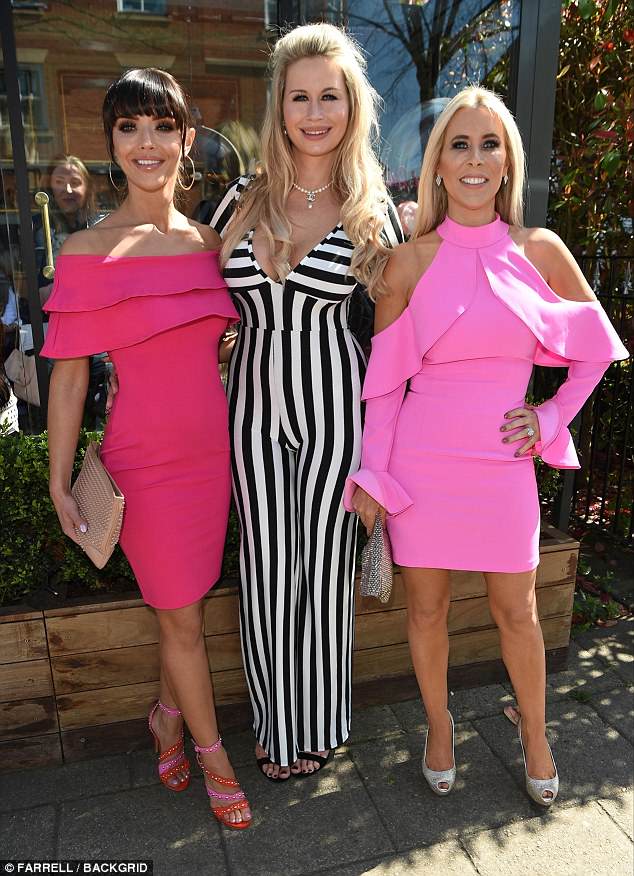 Close pals: The stars were out in force for the event, although absent were co-stars Dawn Ward, Lauren Simon and Seema Malhotra 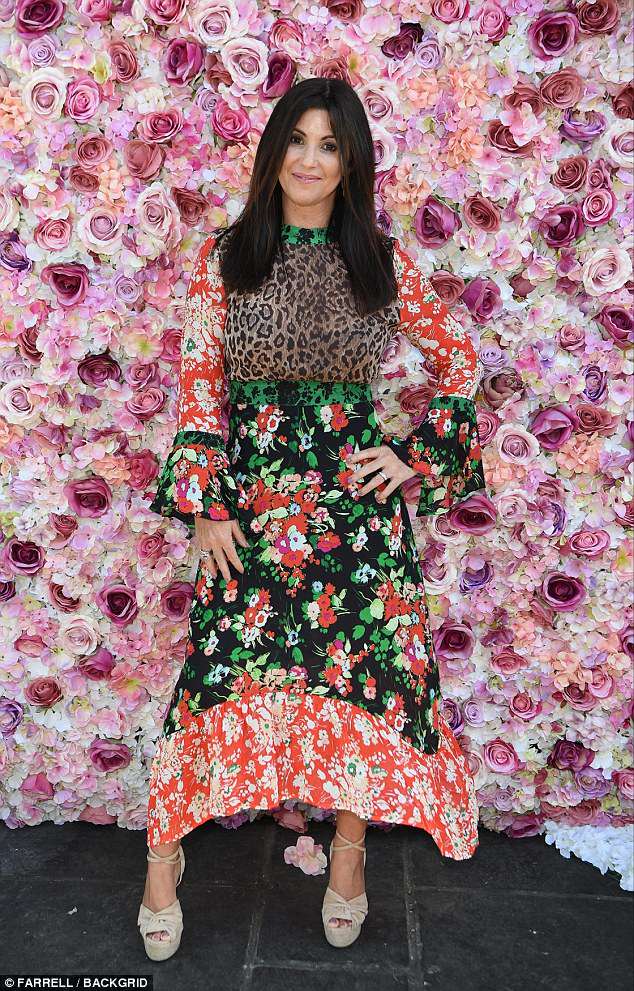 Eclectic: Stacey chose a mixture of floral and leopard print in her midi frock as she donned platform nude suede heels for the outing 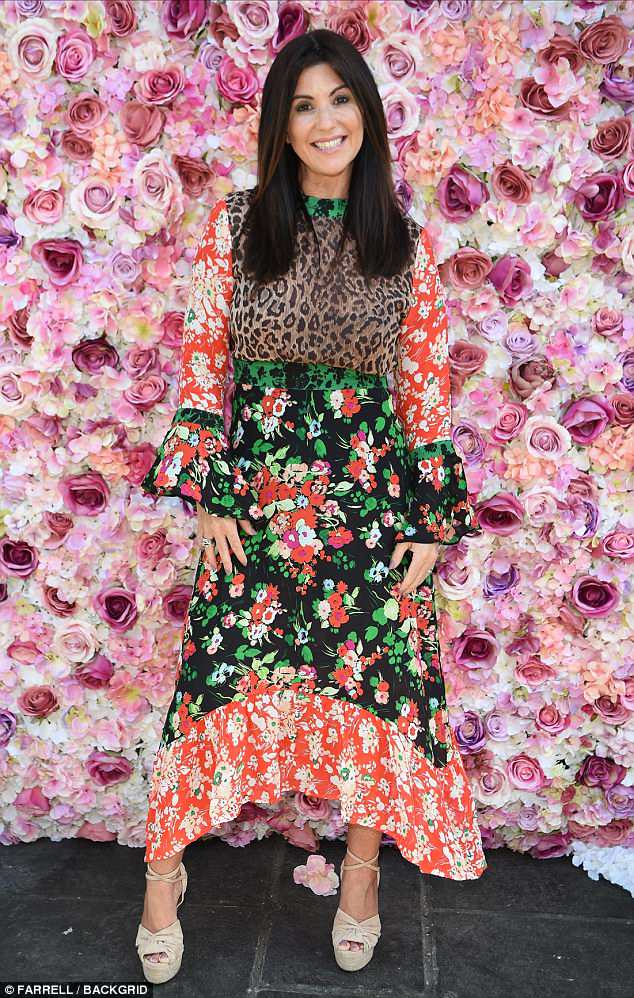 On point: The dark-haired beauty kept her hair in a simple waved style, allowing the statement frock to take centre stage

Ever the comedic star, Ester left the Real Housewives in hysterics with an array of facial expressions as she posed for a group snap.

The seventh series of the ITVBe show has once again got fans talking, especially following Leanne Brown’s departure from the show earlier this year.

The blonde beauty confessed in March she decided to leave the show as she was unable to continue filming scenes with friend Dawn Ward, while the pair continued to be embroiled in a legal battle. 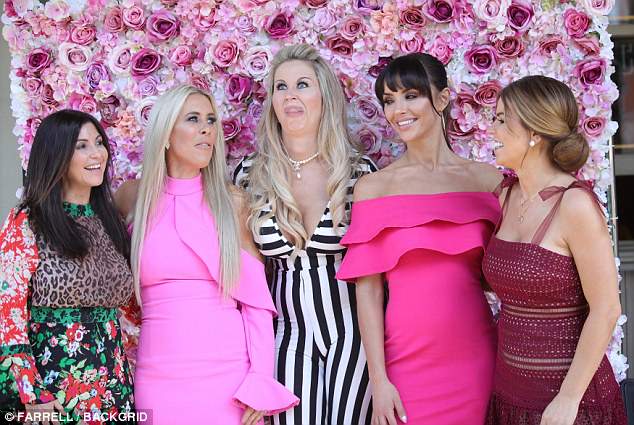 Hilarious: Ester left the girls in hysterical laughter as they goofed around in between snaps 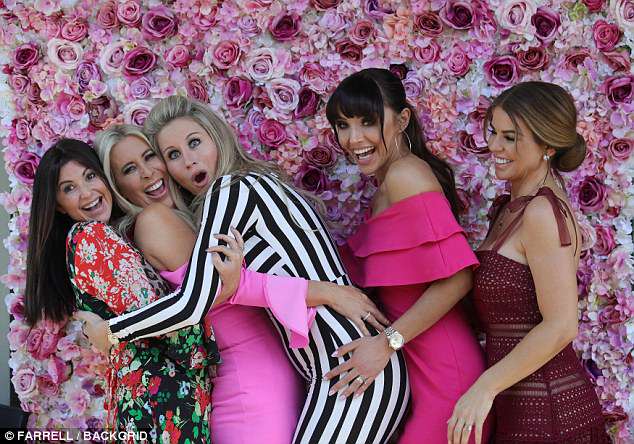 Don’t fall over! The group appeared to be on great terms, following the departure of Real Housewives star Leanne Brown earlier this year 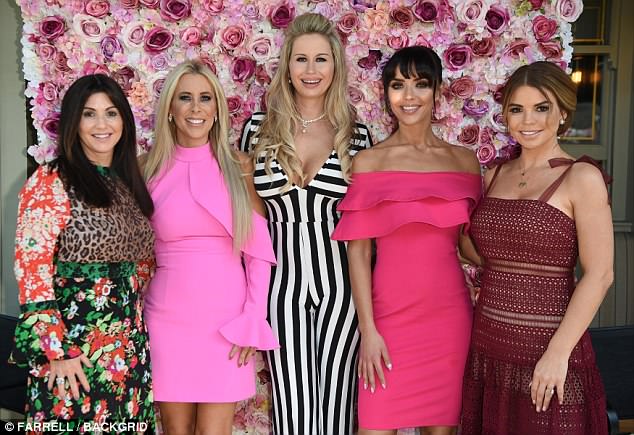 Close bond: As the fivesome arrived for the bash together, fans will have to wait and see whether the Real Housewives will return for Series Eight