Zinedine Zidane was beaming on Wednesday night in the press room at the Santiago Bernabeu, the spotlight bouncing off that famous bronzed shaven head, the glint in the eye.

Then again he had been pretty much that way 24 hours earlier when he gave his pre-match press conference.

He exudes confidence in these big games and on Wednesday night’s showing it transmitted to his players. 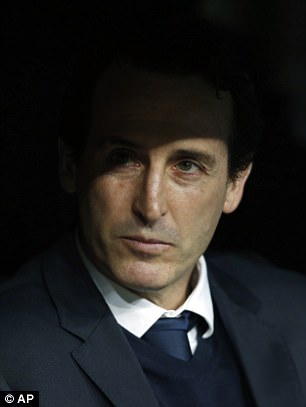 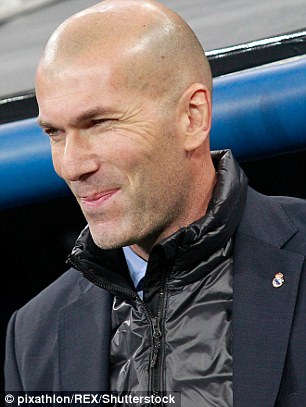 ‘Everyone thinks if Real Madrid win the Champions League then Zidane will stay,’ said Sergio Ramos after the game. ‘But perhaps everyone will get a surprise and he will leave; take a break.’

Marcelo who had summoned up the energy from somewhere to get forward to score Real Madrid’s third goal, also found the lung capacity to run across to his coach and dedicate the goal to him.

These players have been shocking in La Liga at times this season but Zidane has never stopped backing them. This was pay-back time.

‘Zidane is the leader. He has given me so much confidence and I try to repay the faith. I want to work 150 per cent for him,’ said Keylor Navas after the game and it shows that the rest of the players think the same way.

The only relationship that seems to be broken is the one between Zidane and Gareth Bale. The player has accepted not playing a single full 90 minutes since his return from injury last December because he believed his fitness was being carefully built up to start the biggest game of the season so far. 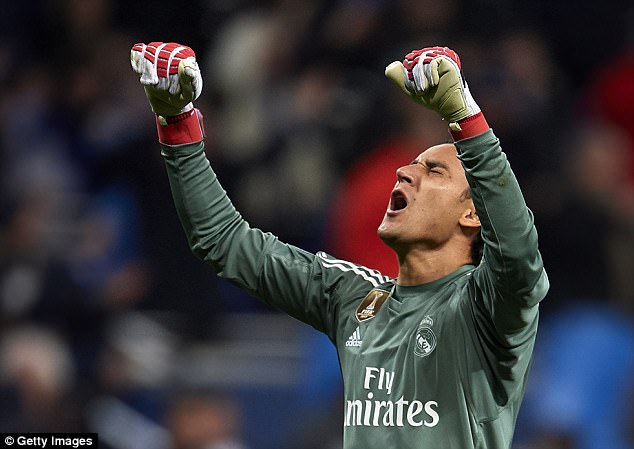 He was stunned to be named among the substitutes and his future at the end of the season could now rest on Zidane’s.

If Ramos is right and the coach is already hinting that he needs a rest come what may then Bale will hope the new man coming in feels differently about him. For the time being there are problems, and after his decision to start Isco instead of Bale paid off, Zidane holds all the cards.

He is empowered by the players who adore him and he got a major vote of confidence post game from Madrid’s influential media too. ‘Do you feel like a more complete coach?’ was one question put to him.

He did not bite on it but the inference was clear – he has been accused of picking all the president’s men in the past but he went his own way dropping the club’s record signing Bale and it worked.

That was perhaps the biggest surprise of the night. Zidane’s reputation going into the first-leg was of a man who would outshine his opposite number in terms of charm and personality, but be out-thought by the cerebral Emery once the game started.

Things did not go that way. Emery made wrong call after wrong call and Zidane could do no wrong. The PSG coach picked 21-year-old Argentine midfielder Giovani Lo Celso in holding midfield despite fears he was too defensively naïve. Not only did it not work but coupled with Zidane opting for Isco, Madrid were able to take full advantage. 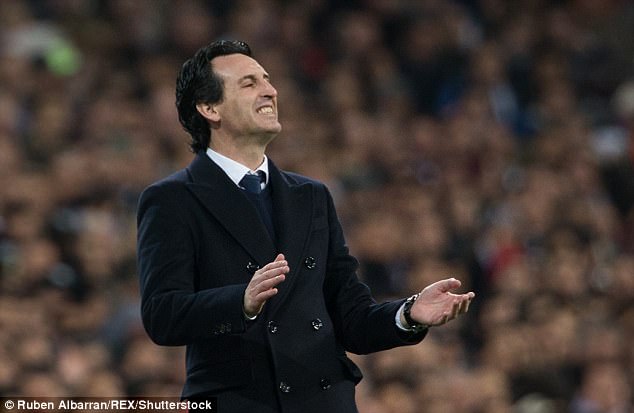 On Zidane’s orders they pressured the youngster – playing ahead of the more experienced Lasana Diarra – and he made various errors including pulling back Toni Kroos for the penalty.

Madrid have been prone to fading in games in the second half this season but Zidane put that right with the injection of the pace of Bale, Marco Asensio and Lucas Vazquez late on while Emery left the in-form and desperate-to-play Angel Di Maria as an unused substitute.

He made the strange decision to take off Cavani but while the move to switch Dani Alves further forward did force several chances it was ultimately Madrid who scored twice in the last ten minutes. 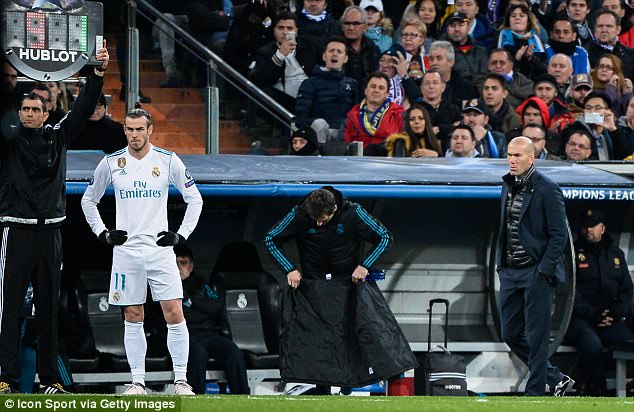 Zidane was at pains to point out post match that PSG – with their away goal – are not dead just yet. But as they try to get back into the game in three weeks times it’s difficult to see how Madrid will not feast on an unprotected defence and score some away goals themselves.

It may still be the case that both PSG and Real Madrid are looking for new coaches this summer.

But who is to say Ramos has not seen into the future and that Zidane’s departure will be on his own terms having bagged a hat-trick of three European Cups. That was certainly the way the euphoric supporters were talking as the streamed away from the Bernabeu.