By Jordan Seward For Mailonline and Pa Reporter

Zinedine Zidane has insisted he has no concerns about Eden Hazard after the Belgian missed an open goal against Galatasaray on Tuesday evening.

The 28-year-old has found life in the Spanish capital tough following his £150million summer move from Chelsea, and has managed just one goal in all competitions.

Spanish newspapers ramped up the pressure on Hazard ahead of the Champions League group game as they called for a performance from the club’s record-signing.

But Hazard failed to impress, instead catching the eye for squandering a guilt-edged opportunity to add to his goal tally.

The forward rounded the goalkeeper in the second half, but with the goal gaping, could only smash the crossbar from eight yards.

‘It doesn’t worry me,’ Zidane said after the 1-0 victory. ‘He’s better and he’s going to improve more. 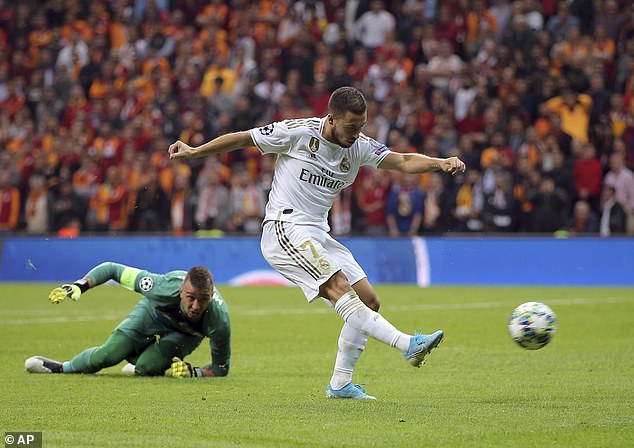 Hazard will want to forget his glaring miss, having only missed an open goal on Tuesday night

‘The important thing is that he continues to have chances, because he’s going to put them in.’

Although it was too close for comfort at times, the Madrid boss admitted that he was overall delighted with the result in Istanbul.

Toni Kroos scored the only goal to lift Madrid off the bottom of Group A and into second place behind Paris Saint-Germain, who beat Club Brugge 5-0 on the same night.

Zidane added: ‘I’m delighted for the whole team because there’s been a lot of criticism, it’s not an easy place to come to and we showed good character. 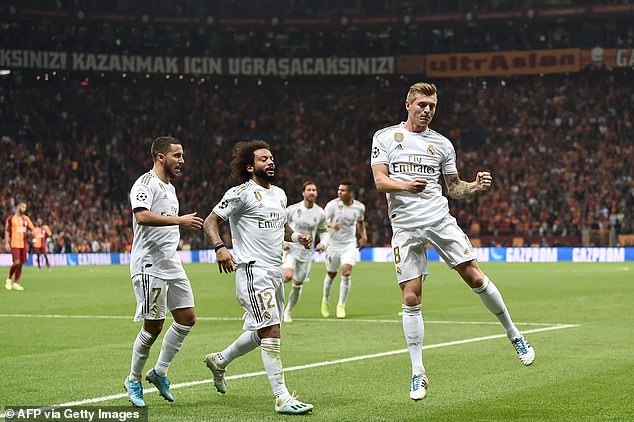 ‘It’s important to win when you play every three days and tonight we were focused right from the off.

‘We created a lot of chances after some really good moves and I would have liked to have seen us get a second and even a third because that would have meant that the opposition would have eased off in terms of their pressing.

‘At 1-0 they still believed they could level things up right until the end, but we were focused from the first minute until the last.

‘We worked hard and were strong and that’s what got us the win.’ 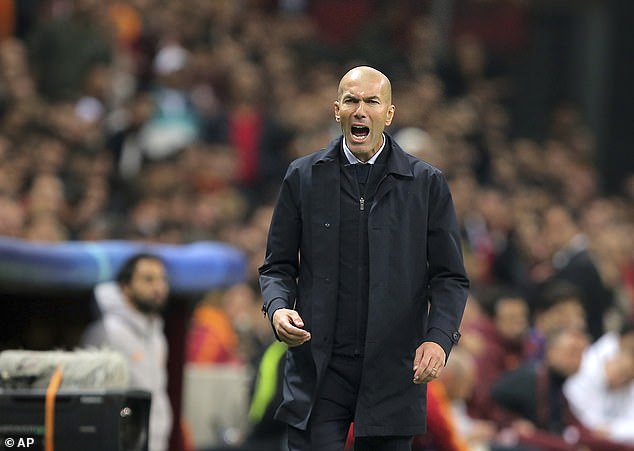