Fierce rivals Barca wrestled the La Liga title back from Real on Sunday with four games to spare having already lifted the Copa del Rey.

Ramos and his team-mates have endured a difficult league season, although they have the chance to make amends with another European success. 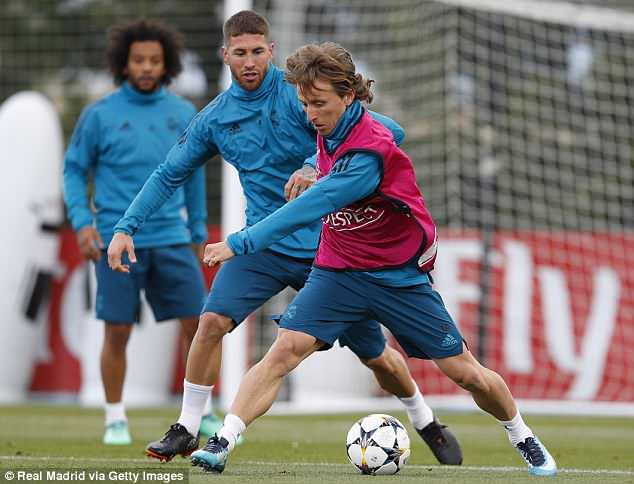 The Madrid club are aiming for a fourth Champions League title in five seasons and, ahead of Tuesday’s semi-final second leg against Bayern Munich, Spain defender Ramos believes that achievement would be superior to Barca’s.

‘Barca have had a great year, they have won two titles; winning the cup has merit and the league even more,’ said Ramos at his pre-match press conference, according to Marca.

‘Winning the Champions League is a positive that is equivalent to those two or even more. For me it would be two great seasons, theirs and ours ‘. 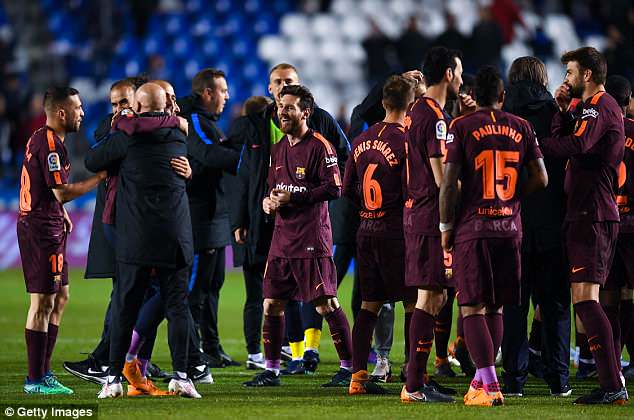 They fell behind to Joshua Kimmich’s strike at the Allianz Arena before goals from Marcelo and Marco Asensio gave them the upper hand going back to the Bernabeu.

Opponents Bayern were the last team to win the competition three years in a row – during the 1970s – and Ramos says he is driven by the chance to make history.

‘I give importance to everything, we are making the impossible easy,’ he added.

‘It seems easy that we could win three in a row, that motivates us in the day to day to keep breaking records. Maybe we give it the value it has tomorrow. ‘ 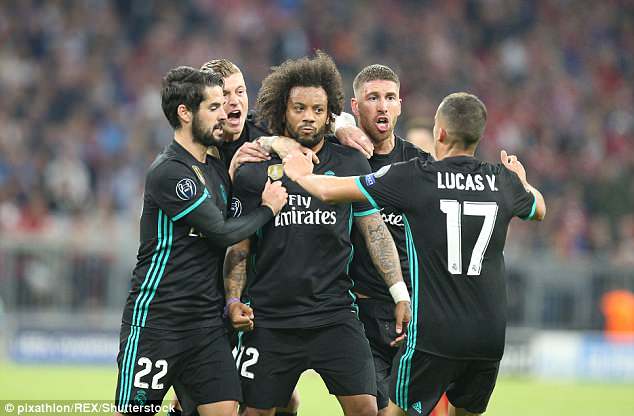 Neither player is expected to feature in the Spanish capital and vice-captain Thomas Muller has urged some of the club’s squad players to step up and seize their opportunities.

‘In our situation, it is not interesting to know who is going down, but who is available, and we have a lot of good ones of that,’ Muller told bild.de.

‘Now others have to jump in the breach and get ready.’