Real Madrid legend Raul fears the rise of the English clubs in the Champions League.

After five years of under-achievement since Chelsea lifted the trophy in 2012, the Premier League teams are catching the eye again in this campaign.

Liverpool and Manchester City hold healthy leads after the first leg of their last-16 ties while Manchester United, Chelsea and Tottenham can be hopeful of reaching the last eight as they prepare for their second-leg games. 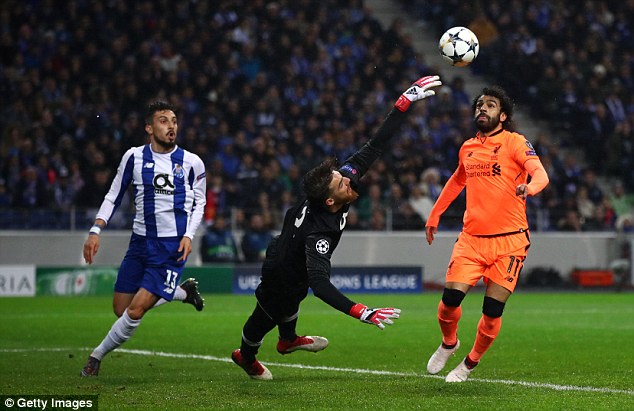 ‘The English teams this year are looking very dangerous rivals,’ said Raul, who won the Champions League three times in 16 years with Real Madrid. ‘They are very strong and maybe one of them will reach the semi-final or the final.

‘I hope we can play against one of them. When you want to win the Champions League you have to beat the best.’

Real Madrid are 3-1 up against Paris Saint-Germain at the halfway stage.

‘I hope after PSG there will be a chance to play an English team,’ added Raul, speaking at the Laureus World Sports Awards. ‘PSG is a good team, not only the three players up front. 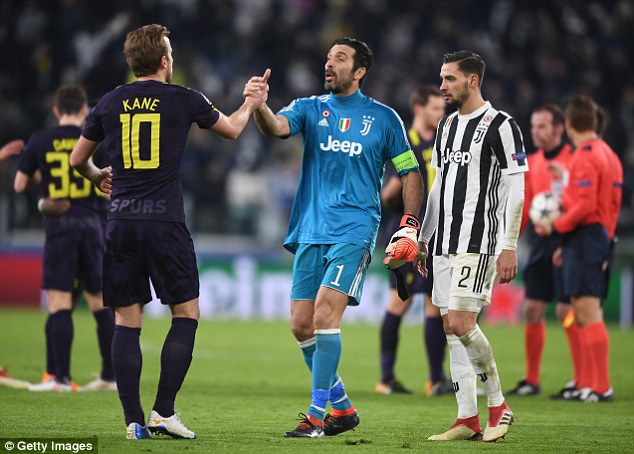 ‘We must wait for the second leg but I hope Real will be in the next round.’

Real Madrid have won the European Cup trophy 12 times and were champions in three of the last four years.

It is always the prize they value the most but were beaten into second place in the group stage by Tottenham, who drew in the Bernabeu Stadium and won at Wembley.

There has been growing pressure on Real manager Zinedine Zidane, despite his recent success as manager and his legendary status as a player.

‘Zidane is amazing,’ said Raul. ‘He has won a lot of trophies. He has won the Champions League twice as a coach, he is the best coach for Real Madrid and we want him to continue in the future.

‘I don’t think this is the end of a cycle. It’s true we are far from the top of the league but we are still in the Champions League and there is a lot of talent at the club.’ 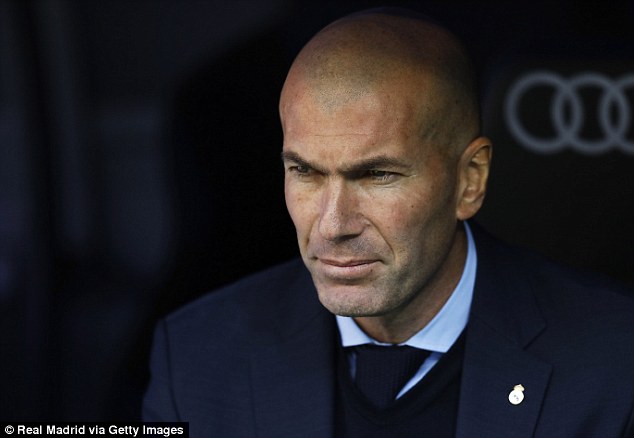 Zinedine Zidane is still the man to lead Real Madrid into the future, insists Raul

Raul’s confidence has been boosted by the return to form of Cristiano Ronaldo who has scored 12 in his last seven games.

Ronaldo is 33 and his powers may be fading but his mere presence offers hope to Real Madrid and the Portuguese star is on the six-man Laureus shortlist for Sportsman of the Year.

The awards will be handed out at a ceremony in Monaco on Tuesday. 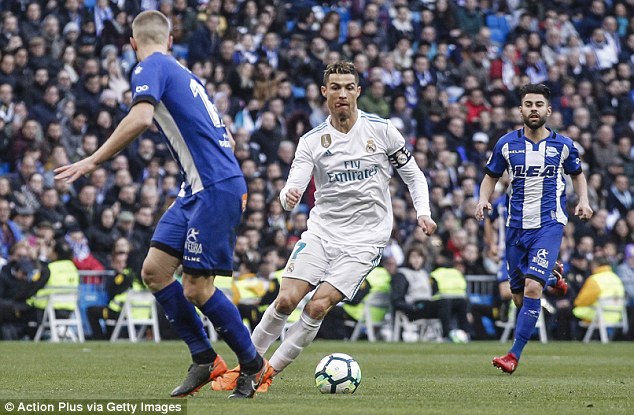 ‘This season, he started no so good but now he has more than 30 goals for the season and two in an important game against PSG. He scores in every game, in every year.’

At the World Cup, Ronaldo’s Portugal will be up against Raul’s Spain in Group B.

Both nations are expected to progress into the knock-out phase but although Raul has been impressed by the English teams in the Champions League he does not expect England to spring any surprises in Russia.

‘I have four favourites: Spain, Brazil, Germany and Argentina,’ said the 40-year-old former Spain international striker. ‘After this four, I think Belgium, France and Portugal also have a chance to win the World Cup.’