Real Madrid may look elsewhere after Lewandowski fails to produce

There was no repeat of five years ago for Robert Lewandowski against Real Madrid on Wednesday night. And there were also few reasons for the Spanish club to go to war with Bayern Munich this summer over the signing of a player that the Germans don’t want to sell.

Lewandowski scored four at Signal Iduna Park exactly four years ago on Wednesday. Madrid keeper Diego López had to pick three out of the four from the back of his net in just 16 minutes and the Polish forward became the first player to score four against Madrid in Europe in one game.

That was when Madrid first wanted to sign him. In many ways he would have been the perfect centre-forward for Jose Mourinho – a mobile leader of the line who never stops working but still arrives in positions to score goals. But Bayern said no. And they are still saying no despite the Polish forward changing his agent.

Against Real Madrid he had the chance to score what would have been a late vital equaliser but he missed the opportunity and it summed up his night. Lewandowski almost made his mark after just 23 seconds latching on to a mistake by Dani Carvajal. His dinked cross to Thomas Muller was perfect but the chance came to soon in the game for Mueller and he got the volley all wrong.

Lewandowski was isolated and was dealt a further blow when Arjen Robben went off injured. Mueller was not going to offer the same down the right but that didn’t matter when the goal came because Joshua Kimmich made the perfect run on to James Rodriguez’s pass.

Lewandowski didn’t score the goal but he was crucial to it being scored. He burst a lung to get into the six-yard box and convinced Madrid keeper Keylor Navas that Kimmich would cross to the centre forward. 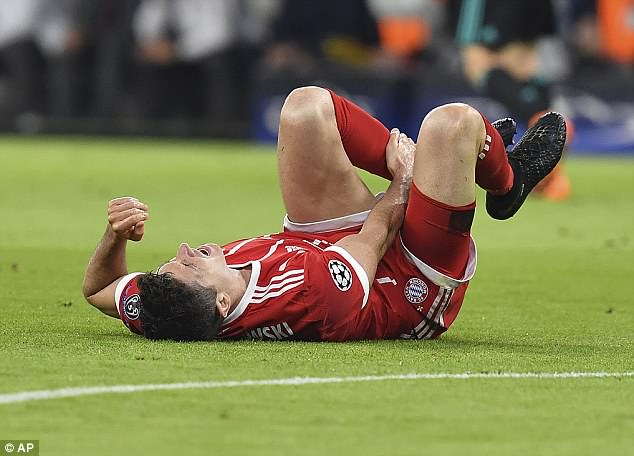 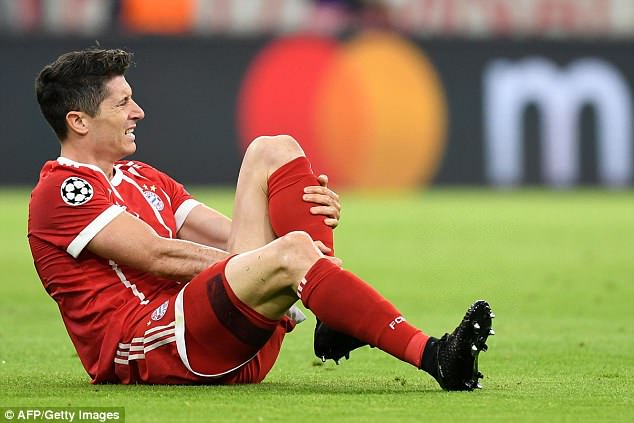 As a consequence Navas moved slightly toward the edge of his six-yard box. His bodyweight was on his right foot and he could not adjust when Kimmich stunned him with a shot instead of cross.

Madrid are interested in Lewandowski for precisely that reason. Karim Benzema would never have made it to that position.

The Polish forward has top-scored in the Bundesliga with 28 goals and has managed five in nine games in Europe getting into those positions.

At the other end of the pitch in the first half Ronaldo was the mirror image of Lewandowski trying to lead the line for Real Madrid. 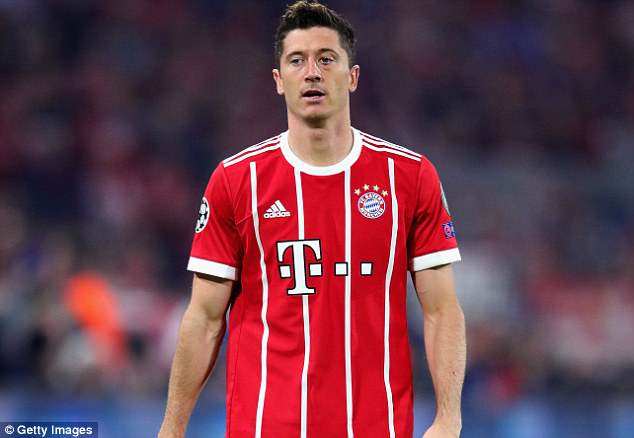 The problem for him is that while he thrives when he is allowed to arrive in the centre-forward position, he is less comfortable when he has to make it his staring position.

He becomes too easy to mark. There is no one to occupy the opposing centre-backs. Lionel Messi has Luis Suarez bullying the defenders so that he can target the space around them. Lewandowski would do that for Ronaldo which is why he would not be against the Polish forward signing this summer.

But it is not going to be easy though. Lewandowski dropped long-time agent Cezary Kucharski recently so that Pini Zahavi could take over his affairs. 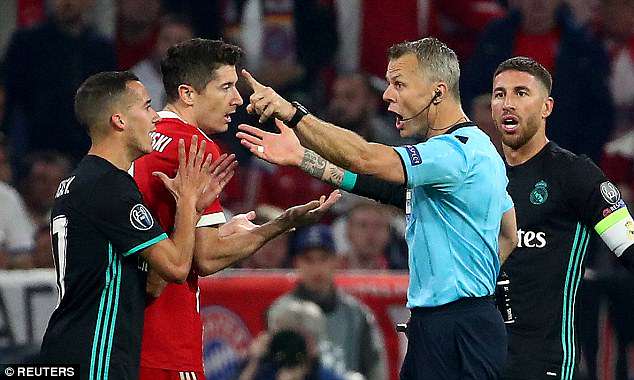 The idea was that Zahavi’s relationship with Madrid would help push the move through. But so far it has not worked because, while Bayern have a good working relationship with Kucharski, they have so far been reluctant to even sit down with Zahavi.

Madrid will not go to war with Bayern. They don’t engage in battles that they cannot win. And much less when there is no clamour for them from their supporters. Most Madrid fans regret the fact that Lewandowski did not sign in 2013. But have their eyes on other targets four years from that special night in Dortmund.