Real Madrid midfielder Marco Asensio threw an angry strop after Carlo Ancelotti decided not to bring him on during their 4-1 victory over Cadiz.

The reigning LaLiga champions made it five wins in a row to maintain their 100% start, after initially falling behind to the underdogs at the Santiago Bernabeu on Sunday.

Asensio has played just 17 minutes so far this season, and his frustrations over a lack of game-time appeared to boil over against Cadiz. 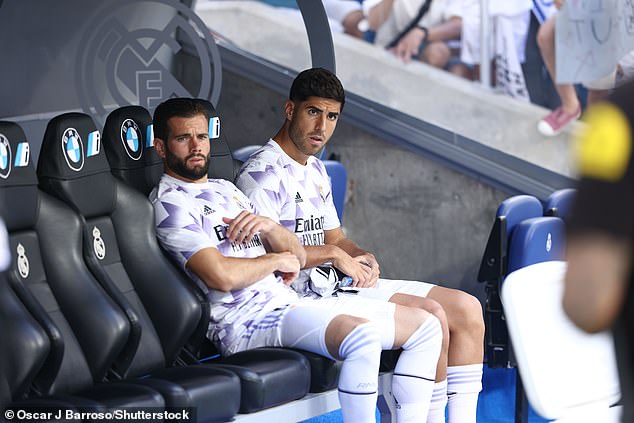 The 26-year-old had been instructed to warm-up, only for Ancelotti to turn elsewhere when deciding to make his changes.

Dani Carvajal, Nacho, Luka Modric and Eduardo Camavinga got the nod instead as Asensio was snubbed.

As he headed back to the bench, the midfielder threw away his bib, kicked a nearby cool box and tossed his water bottle to the ground in frustration.

He took his place on the substitute’s bench in dejection and manager Ancelotti addressed his actions after the match. 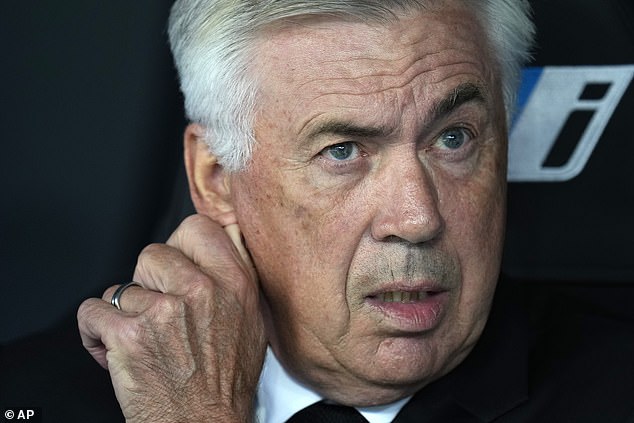 ‘If he’s angry, I agree with him,’ he said of Asensio. ‘It’s normal, it means he wants to play, to feel important. In this period, he has been the player most affected in the squad and I take that into account. I’m totally in agreement with his anger. It’s fine.’

Real Madrid boss Ancelotti revealed last month that Asensio had told the European Champions that he was hoping to leave the club.

Relevo reporting that his desire to leave came amid interest from several English and Italian clubs, including Manchester United who were said at the time to be leading the race for the 26-year-old’s signature.

‘Marco is looking at things to see if he can leave,’ said Ancelotti (via Relevo). 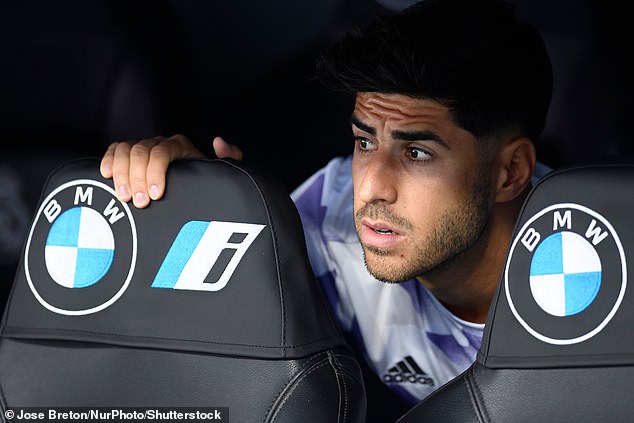 The Spanish outlet added that United were considering making a formal offer of more than £25.3m for the 28-cap Spain international.

The Red Devils did end up signing a player from the Santiago Bernabeu, with Brazilian midfielder Casemiro, joining in a £70m deal.

Asensio has just one year remaining on his current contract and Madrid could be willing to cash in for the player in January, rather than lose him on a free in the summer.

He has made 238 appearances for the club since joining from Mallorca in 2014, scoring 49 goals and winning five Champions League titles.