Zinedine Zidane’s La Liga side were beaten comfortably in their opening Group A clash.

Madrid’s star signing Eden Hazard, who made the switch from Chelsea this summer in a deal which could rise to more than £150million, was given a rating of just two out of 10 by French outlet L’Equipe for his performance at the Parc des Princes. 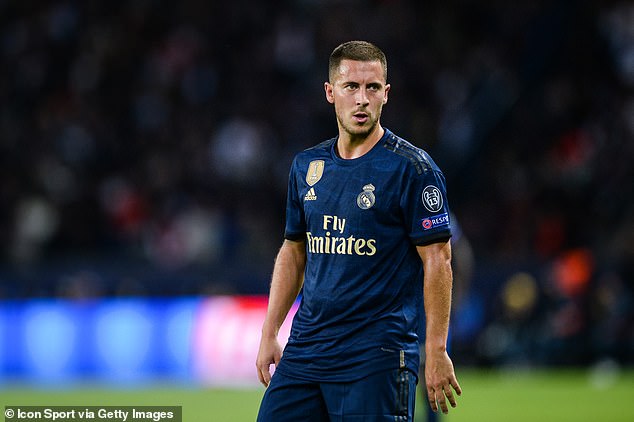 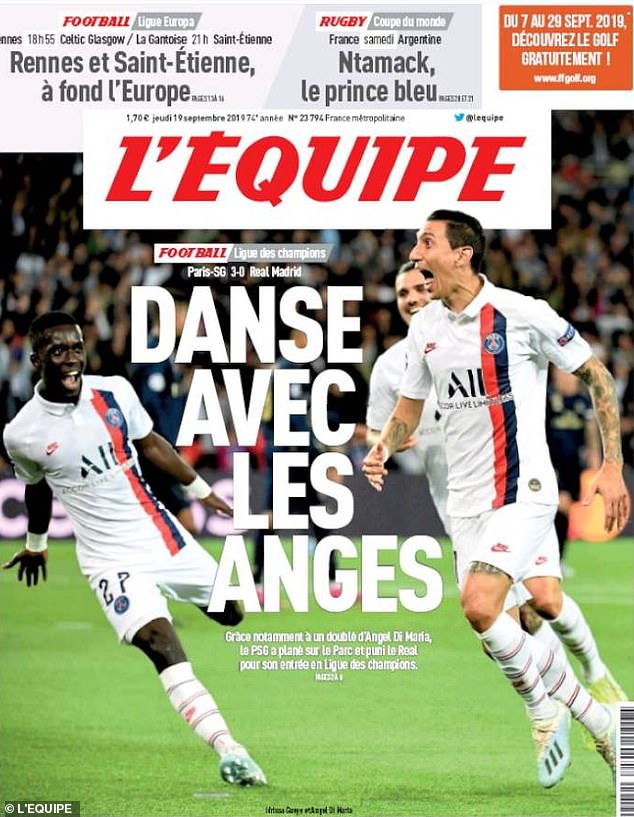 The headline on the front page of L’Equipe on Thursday morning read: ‘Dance with the angels’

That was the lowest rating given to a Real Madrid player while Karim Benzema and Raphael Varane topped the ratings with only 5 out of 10.

In comparison, PSG’s Angel Di Maria, who bagged a brace on the night, was the highest rated player with a nine out of 10.

The headline on the front page of L’Equipe on Thursday morning read: ‘Dance with the angels.’ 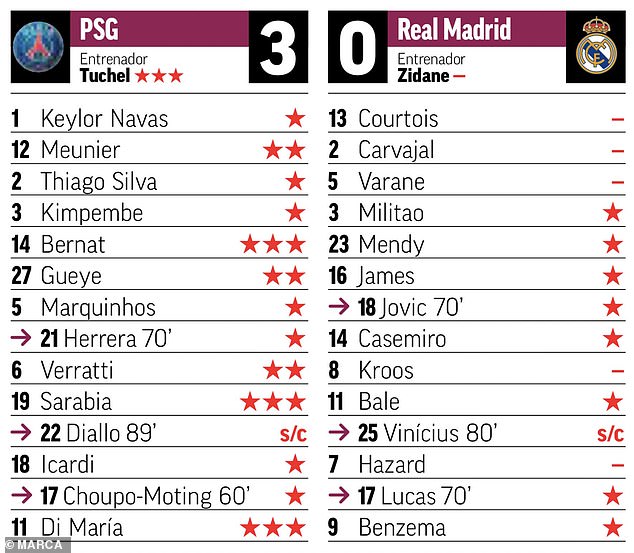 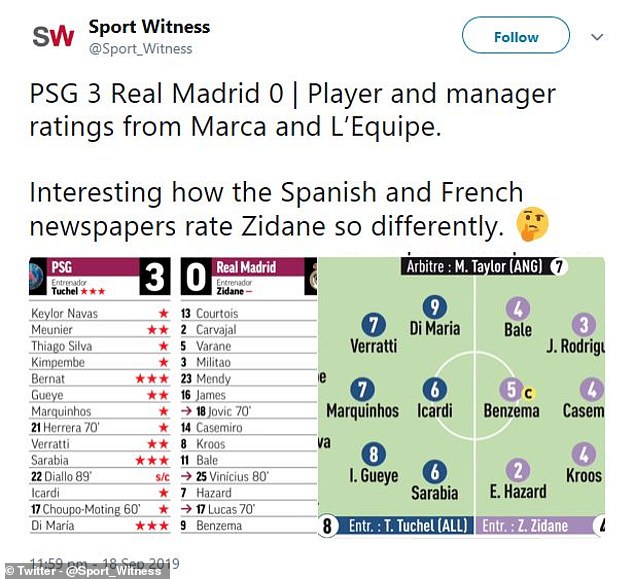 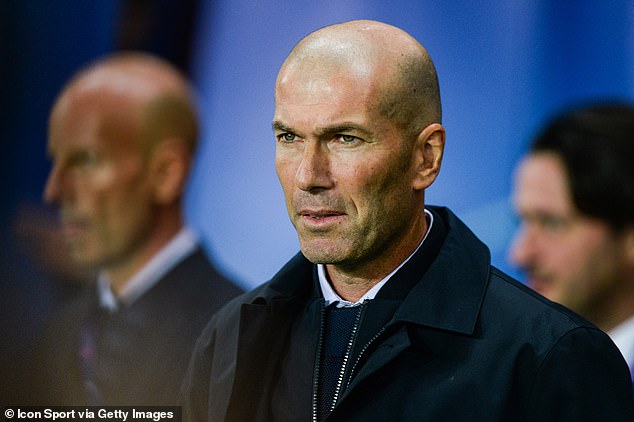 Spanish outlet Marca did not give star ratings to a host of Madrid players, including Thibaut Courtois, Dani Carvajal, Varane, Toni Kroos and Hazard while manager Zidane also received no stars. The remainder of the starting XI were given just one star each.

In contrast, PSG boss Thomas Tuchel was given a three-star rating as was Juan Bernat, Pablo Sarabia and Di Maria.

The front page of the newspaper on Thursday morning literally translated in English to: ‘So you can’t go through Europe’. 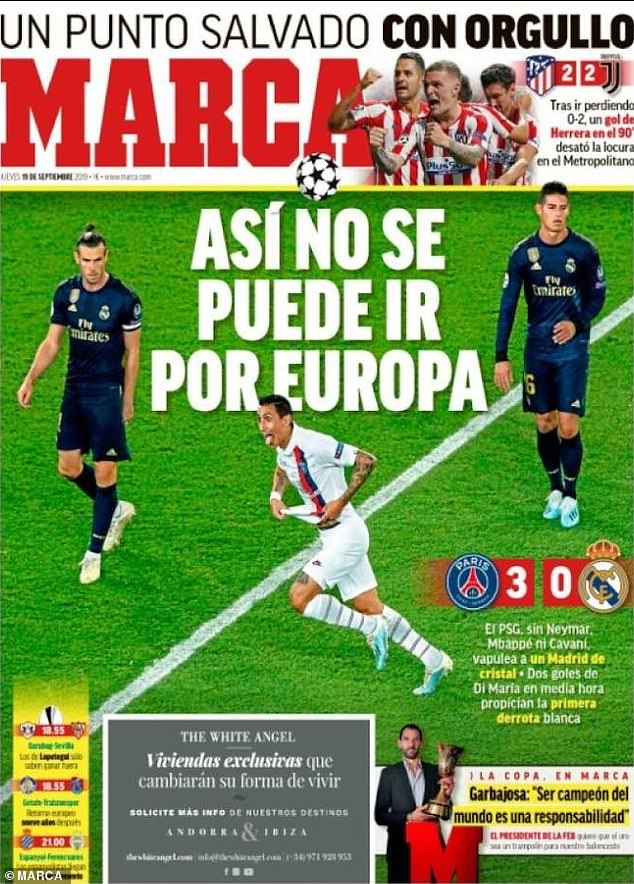 Front page of Marca literally translated in English to: ‘So you can’t go through Europe’ 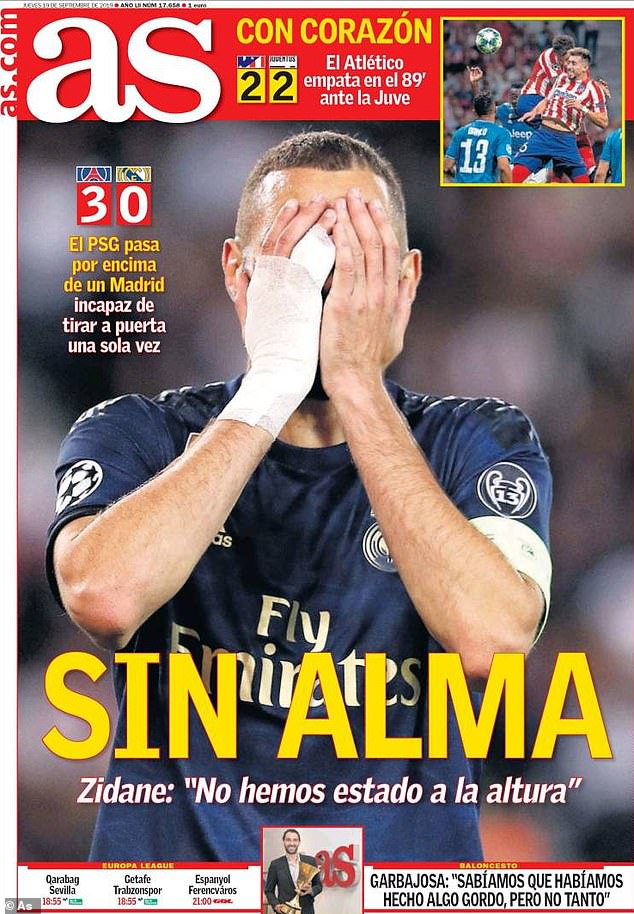 Former Manchester United defender Rio Ferdinand fears that Hazard has joined Madrid with the club on the decline.

‘When you go to a new club, especially the size of Real Madrid, you have to earn the right to be the man who gets all the ball,’ he said on BT Sport’s coverage of the tie.

‘He’s got to do something in the training games, in the actual games that he plays.

‘I’m fearful for him that he’s gone there at the wrong time.

‘This is a team that’s ageing, they’re not on their way up, they’ve not got much spark about them at the moment. That is going to affect him and reflect badly on him in the long term.’ 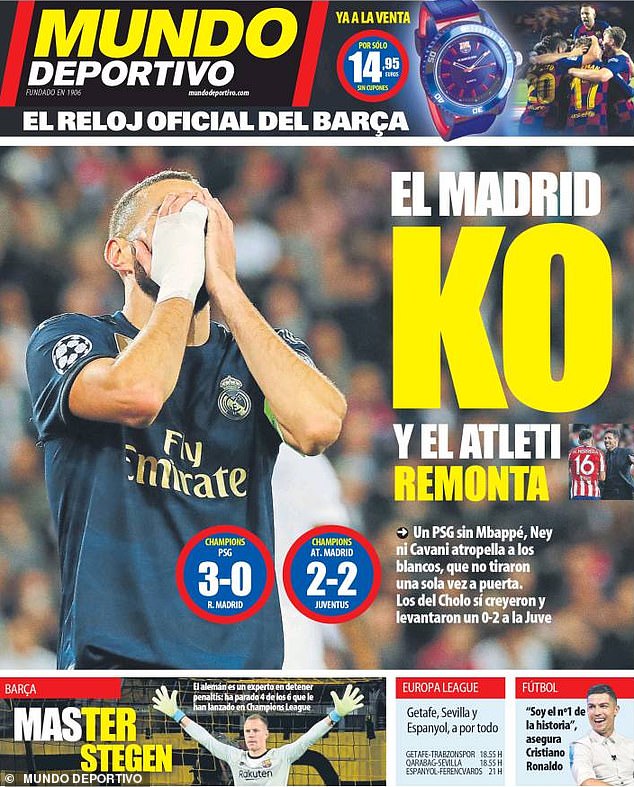 Mundo Deportivo’s front page read: ‘Madrid KO’ with Karim Benzema with his head in his hands 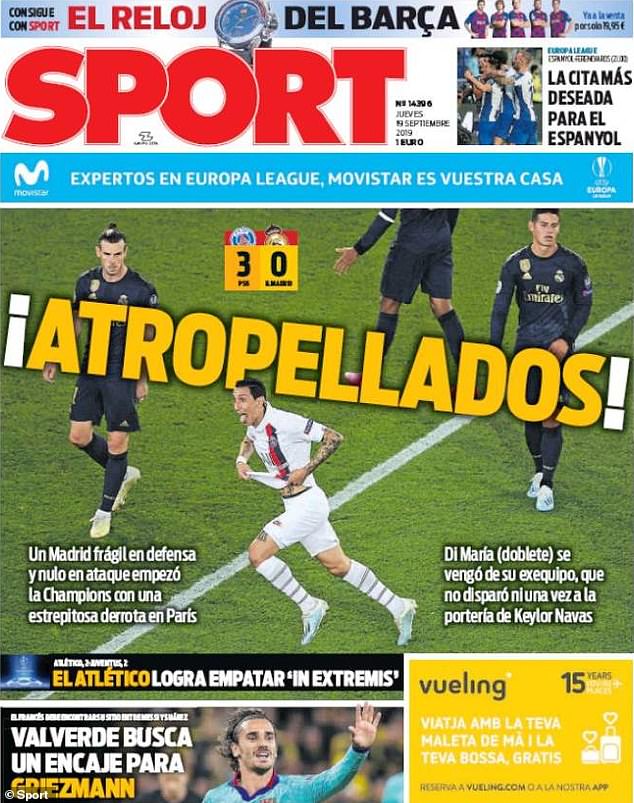 SPORT’s headline was: ‘Run over!’ referring to the 3-0 defeat suffered by Madrid in Europe