Gareth Bale has not ruled out a move to Bayern Munich in the summer, but insists his only concern is to do well for Real Madrid.

Bale’s future at the Bernabeu has been the subject of speculation for several months with a return to the Premier League a possibility.

The 28-year-old, who joined Real Madrid from Tottenham in September 2013 for a then world record transfer fee, said he was flattered to be linked with the Bundesliga champions.

‘You can never rule out anything in football,’ Bale told the German newspaper Bild. ‘Currently, I play football at Real Madrid and I enjoy that.

‘Bayern have a fantastic squad and already in the past they have always been one of the most successful clubs in Europe.

‘It’s an honour for everyone to be linked with this club. But as of now I am a Real Madrid player.’

Bale has four years left on his current contract at Real.

He has scored 12 goals and provided four assists in 27 La Liga and Champions League appearances this season. 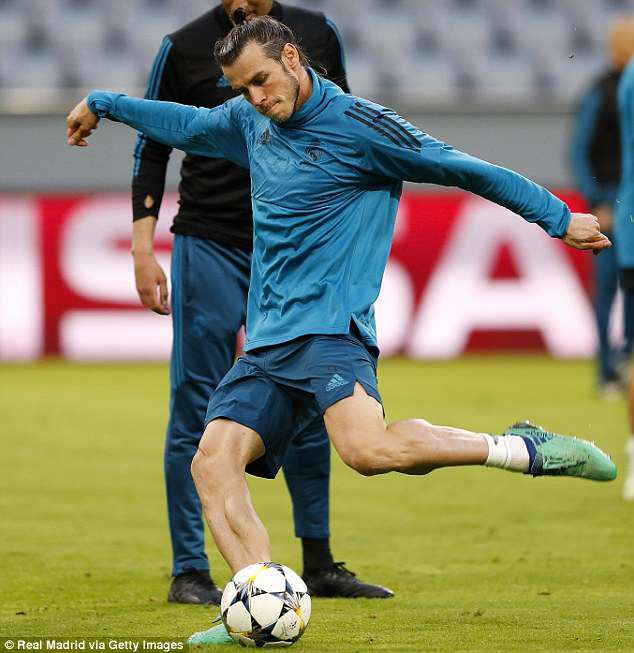 Bale, seen training at Allianz Arena, has been linked with a possible summer move to Bayern