Real scandal of Uber is not the threat to public safety

Sadiq Khan appears not to have thought for long about the consequences for the 40,000 or so Uber drivers or the rage of three million Londoners after withdrawing the taxi firm’s licence to operate

Henry Kissinger is said to have remarked during the war between Saddam Hussein’s Iraq and the Ayatollah Khomeini’s Iran in the Eighties: ‘It’s a pity both sides can’t lose.’

I rather feel the same way about the conflict between Sadiq Khan and Uber, the smartphone app-based car hire firm, after the London Mayor gleefully and instantly approved Transport for London’s decision to withdraw its licence to operate — as from next Saturday.

Khan appears not to have thought for long about the consequences for the 40,000 or so Uber drivers, many of whom will have taken out leases to buy their cars, which they hoped to pay down with their fares. And, so keen to parade his credentials as the true voice of Londoners at this week’s Labour Party conference, Khan must now reckon with the rage of the three million of the City’s inhabitants who love the fact that they can get chauffeured around at what seems a bargain price: especially women travelling late at night.

They, so we are told, feel more threatened by the loss of that service than they do by the fact — one of TfL’s concerns — that Uber had, on a number of occasions, failed to inform the police about sexual assaults committed by some of their drivers.

Nor are Uber’s users bothered about the firm’s use of special technology — called Greyball — deliberately designed to hide details of its business from regulators and the police.

Nor are they bothered that Uber threatens the destruction of the traditional black cab business: if they can get a ride for roughly half the price of that charged by a cabbie (whose remarkable knowledge of London’s streets has been made almost redundant by satnav) why should they care?

I, too, am all for competition in markets: indeed, that’s the point of them. If there weren’t competition, there would be only monopolies — the state-run versions of which Jeremy Corbyn thinks are the ideal way of delivering services. Ask the people of Venezuela how that’s working out. But here’s the problem: Uber wants to be a monopolist, too. It doesn’t believe in fair competition, and it doesn’t practise it, either.

I don’t just mean by this its labour practices — it insists that its drivers are not employees but ‘customers’ for whom it has no responsibility (its justification for which was described by the judge in a recent lawsuit brought by some of its drivers as a ‘faintly ridiculous fiction’). 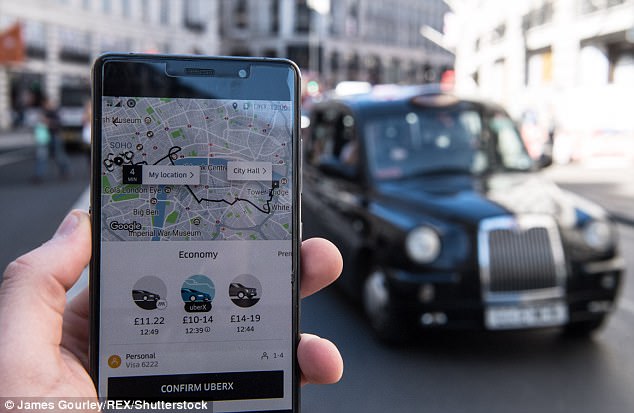 The point about Uber is that it doesn’t want to drive just the black-cabbies out of business: it aims to be to driver hire what Amazon is to online retailing or Facebook to social media

No, the point about Uber is that it doesn’t want to drive just the black-cabbies out of business: it aims to be to driver hire what Amazon is to online retailing or Facebook to social media.

Indeed, the huge valuation ascribed to the privately held shares in Uber of almost $70 billion makes sense only on the basis that it does become the overwhelmingly dominant player in what’s known as the ‘urban ride’ business.

Again, there’s nothing wrong with businesses wanting to wipe out the opposition — providing they don’t break the law in trying to achieve that: it’s that desire to attract rivals’ customers which leads to improvement in services.

But the key to Uber’s cheap prices is that it is prepared to make vast losses in expanding its market share. In other industries, this is known as dumping — when a firm sells something for less than it costs to develop and produce. Another expressive phrase for this is ‘predatory pricing’. Both are fundamentally anti-competitive (and in most jurisdictions, properly regarded as illegal).

Last year, Uber’s predatory pricing was brilliantly exposed in a lengthy series for the Naked Capitalism website, written by a former transport regulator called Hubert Horam. Simply by picking through Uber’s filed reports on earnings, Horam showed that for every $1 of business, it was losing $1.40.

It’s highly unusual for a firm to make losses greatly exceeding its turnover without going out of business, but Uber has continued doing this for year after year.

Not only that, its rate of losses shows no signs of falling. In effect, it is subsidising its passengers (the passengers it refuses to admit it has anything to do with, since the drivers are its ‘customers’) by about $2 billion a year. So, says Horam, the end users are being charged little more than 40 per cent of the true cost.

No wonder the London public likes it. It is Uber’s investors who are bearing the shortfall, having stumped up no less than $13 billion so far to fund the business. And they will continue to do so, for as long as they think they will end up owning shares in a monopoly provider — that Uber will be as dominant as Facebook in its field.

Fortunately, there are rivals to this would-be monopolist, with names such as Lyft and Kabbee — and if Uber is indeed forced off the streets of London, it is likely that these will come in to meet the unsatisfied demand and take on a good proportion of those drivers who may be left stranded by the London Mayor’s decision to endorse TfL’s ban.

In any case, those drivers shouldn’t count on Uber for the long term, since its real plan is to cut them out altogether and use only driverless cars. (Uber is actually being sued by Google for allegedly stealing that company’s driverless car technology: another insight into its near-megalomania.)

Still, I don’t think that Uber’s effect has been purely negative for those of us who stick to black cabs when needing a ride in London. It may be my imagination, but cabbies seem more pleasant nowadays, more pleased to have my custom.

They will now be ecstatic. But this war is very far from over. There are mega-billions of dollars behind Uber, enough to pay for as many court cases and lawyers as it takes to keep their show on the road. May the least bad player win.

Airbnb and a strange case of sleeping rough

Homelessness is visibly manifested on the streets of our cities by those sleeping rough — usually men of middle age, or so it seems to me.

But are all these pitiable specimens of dereliction actually homeless? I ask, only because of what happened to a friend of mine (herself a full-time charity worker).

She’d booked a flat in Reigate, Surrey, for a single night using the immensely fashionable Airbnb. 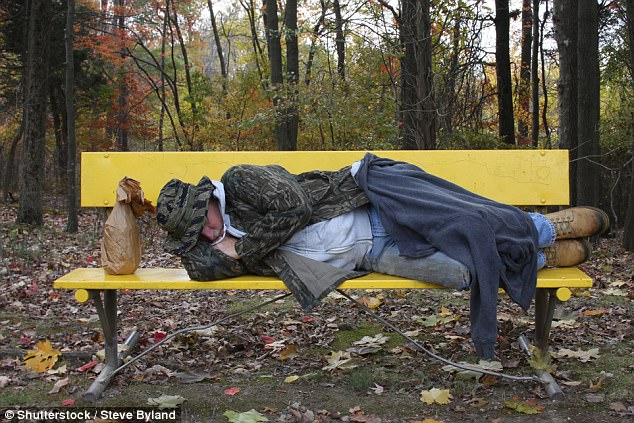 On arrival, she immediately noticed that the host stank of booze. The place looked very well lived-in and he explained that it was his only home.

When she asked where he would be staying for the night, he said that he’d be sleeping rough in Reigate Priory Park — as he always did when people booked his flat on Airbnb.

Unfortunately, when my friend returned to the flat after the wedding party that she’d been attending, the keys he’d given her didn’t work.

And her Airbnb host must have passed out in the park with all the drink he had taken because he never answered her frantic calls to his mobile.

So she had to pay through the nose for a (very) late night taxi to take her back to her home in a different county — and then return the next day to pick up her stuff from the Airbnb host after he had eventually woken up and answered her calls.

She wanted to post a review of this debacle on the Airbnb website, but was blocked from doing so because the ‘host’ had craftily pre-empted her complaint by reporting her to the site for ‘threatening’ behaviour. She is in fact as unthreatening a person as you could imagine.

And Airbnb initially refused to authorise any refund, only doing so after my friend persisted with her complaint for a fortnight.

Perhaps this unscrupulous host was unique in his methods: or is it possible there are others who have turned rough sleeping into part of the gig economy?