Reality TV is bombarding children with images of alcohol, researchers have warned.

A study found hugely-popular shows such as Love Island, Geordie Shore and Made in Chelsea expose viewers to more alcohol and cigarettes than other primetime programmes.

The researchers analysed 112 episodes of reality TV that aired last year, with alcohol featuring in every single show.

Audience viewing-figures revealed 580million under 16-year-olds would have been exposed to this wine, beer and spirits.

And the shows would have been available to watch before the 9pm watershed on catch-up services.

The researchers worry impressionable youngsters may mimic their favourite reality star’s drinking habits, putting them at risk of an addiction in later life. 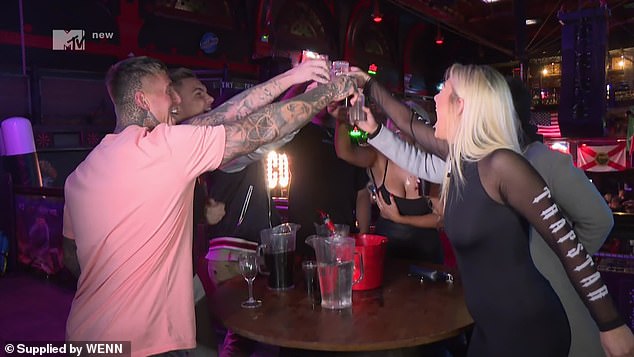 The study was carried out by the University of Nottingham and led by Alexander Barker, a research fellow at the division of epidemiology and public health.

‘Starting to smoke or drink alcohol at a young age is a strong predictor of dependence and continued use in later life,’ Mr Barker said.

‘Recent data shows 44 per cent of 11 to 15-year-olds in England have had an alcoholic drink and 19 per cent have tried smoking.

‘Given that seeing alcohol or tobacco imagery in the media promotes use among young people, our study identifies reality television shows as a major potential driver of alcohol and tobacco consumption in young people in the UK.’

More than half a million people in the UK are thought to be addicted to alcohol, according to Alcohol Change UK.

And just under one in five, or 9.4million, smoke, Cancer Research statistics show.

In the US, over 15million Americans struggle with an alcohol-use disorder, Talbott Recovery statistics show.

And around 34.3million adults in the US smoke, according to the Center for Disease Control and Prevention.

To uncover whether reality shows may be to blame, the team analysed 2,212 one-minute clips from 112 episodes that aired between January and August last year.

These shows were made up of Love Island, Made in Chelsea, The Only Way is Essex, Geordie Shore and Celebrity Big Brother, which has since been discontinued.

The researchers looked out for contestants’ drinking or smoking, as well as any shots of cigarettes or spirits.

Audience-viewing figures were then used to estimate how many people would have been exposed to these images.

After coming close to being eliminated during the re-coupling, Love Island contestant Anna toasted something fizzy during her date with the new boy Tom 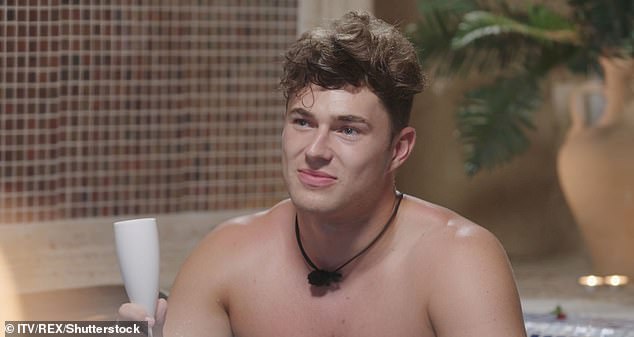 Results – published in the Journal of Public Health- revealed all of the episodes referenced alcohol or tobacco in some form. And 42 per cent of the clips included the bad habits.

Some 18 per cent of the clips showed the reality stars drinking alcohol, while 34 per cent ‘inferred consumption’, such as showing the contestants holding wine, beer or spirits.

Love Island featured the most alcohol. Tobacco was also shown in clips from the hit show that were recorded in 2017.

Complaints over the programme’s depiction of smoking led to the producers banning smoking from the Love Island villa. No smoking imagery was found in content taken from last year’s series.

Forty alcoholic brands were identified, with Smirnoff Ice being the most common.

The vodka-based alcopop appeared in all but one clip of the Newcastle-based reality show.

Overall, tobacco featured in 20 of the reality shows’ episodes and 110, or two per cent, of the clips.

Almost all (98 per cent) of these clips were taken from Celebrity Big Brother, which included actual and inferred cigarette use, as well as ‘tobacco paraphernalia’, but not branding.

The researchers are calling for tougher regulations around alcohol and tobacco exposure in popular reality shows.

‘Tighter scheduling rules, such as restricting the amount of content and branding shown in these programmes, could prevent children and adolescents from being exposed to the tobacco and alcohol content,’ Mr Barker said.